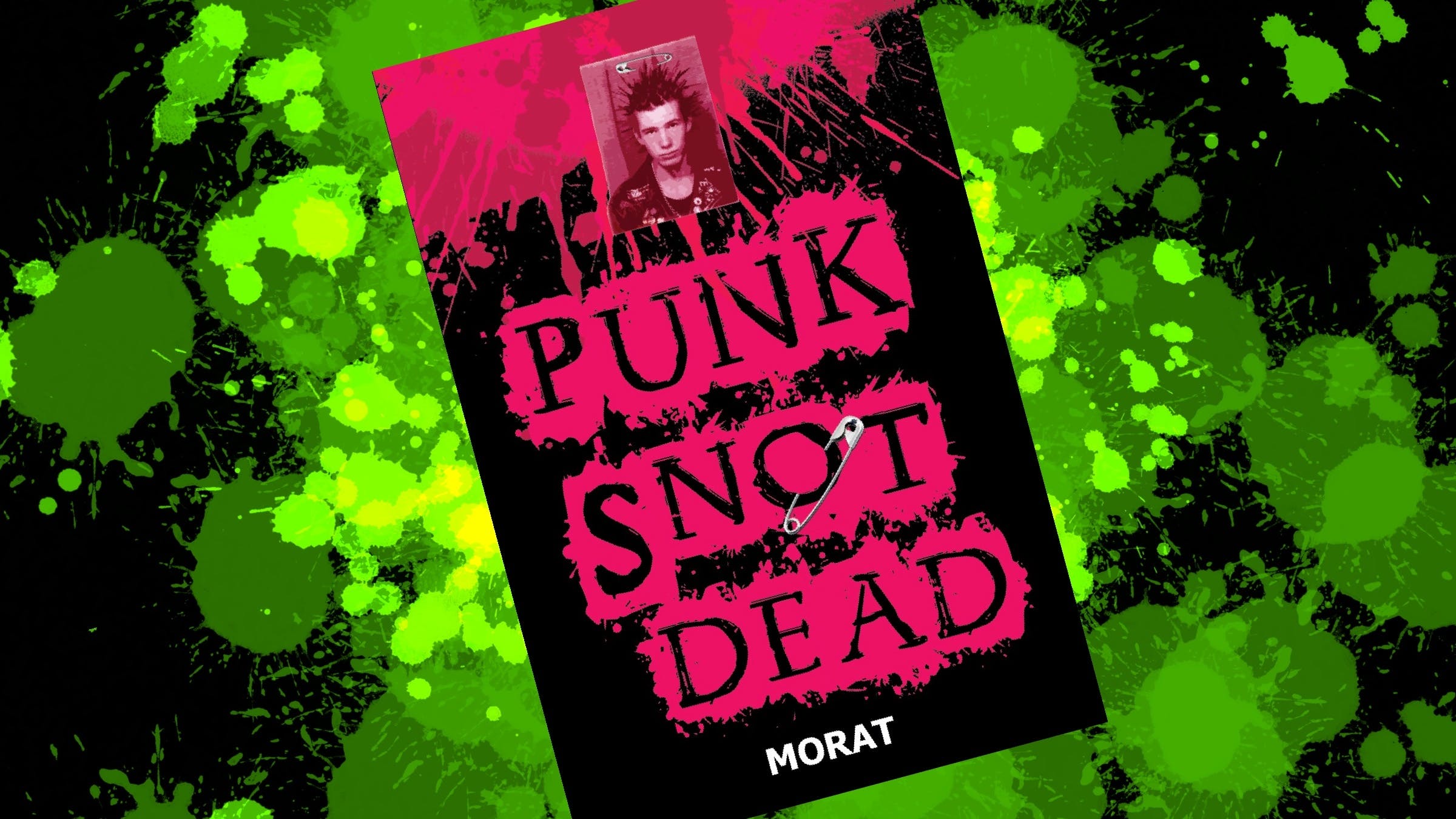 Have you ever stood outside of a show in a big city, drenched in sweat and not sure where you’re sleeping that night? Have you ever been saddled with a friend who you don’t particularly like, but it beats going it alone? Have you ever found yourself looking down the wrong end of a beating for no other reason than how you dress or where you’re from? Then there’s a book you should read.

Punk Snot Dead, the semi-autobiographical new offering from renowned rock journalist Mörat, takes readers on a fortnight’s whirlwind tour of England in 1981, hitchhiking from a Killing Joke gig at the Lyceum through a vivid, insane cross-section of the ’80s punk scene. Along the way, the author litters the story of his 17-year-old self’s most formative vacation with history and commentary, recounting London, music in the ’80s, and his own life in hilarious detail. But it’s the moments of human honesty that elevate the story, and which make this book so easy to gobble up.

The plot of Punk Snot Dead is one pretty much every rock fan knows in one way or another: a 17-year-old kid, hungry for live music and cheap booze, spends a two-week work vacation bumming around England, crashing on any couch he can and getting into trouble along the way. Saddled with a new friend who never has any cigarettes of his own, our intrepid protagonist thumbs his way from one historic venue to another, dodging assault by skinheads, cops, and even more terrifying skinheads in the quest to see every band he can and maybe meet a nice girl. Along the way, he asks Siouxsie Sioux to sign the wrong band’s shirt, nearly ruins a Royal Wedding, and has his life saved by Lemmy.

If nothing else, Mörat’s book is a fascinating view into what it was to be a punk in London during the early ’80s. Not only does he paint the reader a picture of a city where rock venues still thrived despite being sweaty and cramped, and where roving groups of punks were still a somewhat novel and entertaining sight, he also provides history along the way, revealing facts about these tours and locales that can only really be found with the help of modern technology. This allows the reader to see an unromanticized version of this world -- sure, a notable squat might have felt edgy and bohemian to punks at the time, but it was also a dangerous shithole, and now it’s a parking lot.

Not only is London painted in a refreshingly frank light, but so is the ’80s punk scene. For example, today we think of Siouxsie And The Banshees as all ethereal black lace and Egyptian eye make-up, but back in the day their shows were packed with rabid skinheads (according to Mörat’s account, rabid skinheads were everywhere in the early ’80s, reminding readers punk’s history has always been plagued by racist assholes). The tales of venue brawls, sadistic bouncers, and young, fanatical bands like Killing Joke and The Birthday Party give off a tangible sense of old-school cred.

But the parts of Punk Snot Dead that hit home the hardest are the personal moments, when the commentary and scene politics are gone and we’re left with a 17-year-old dude making his own way. Mörat’s memories are of more than just bands and landmarks, they’re of feeling overjoyed when someone finally picks him up off the side of the highway, hopelessly sad when a big-city cop treats him like less than a human, and pissed off when a rich kid thinks hanging out with him is some kind of walk on the wild side. Without these elements, the book might just be a travelogue, but with them it transports the reader back into their own memories and brings to life the young punk in us all.

If Punk Snot Dead has one flaw, it’s length -- it clocks in at just over 150 pages, leaving the reader hungry for more when it ends. But that only makes it the kind of book you can carry to a show in the inner pocket of a denim jacket, and its brevity lends to the sense of a whirlwind tour present throughout the storyline. While countless authors have written about punk’s artistic impact and cultural weight, few have brought it to life as honestly and entertainingly as this.

READ THIS: 13 books every rock fans needs to read