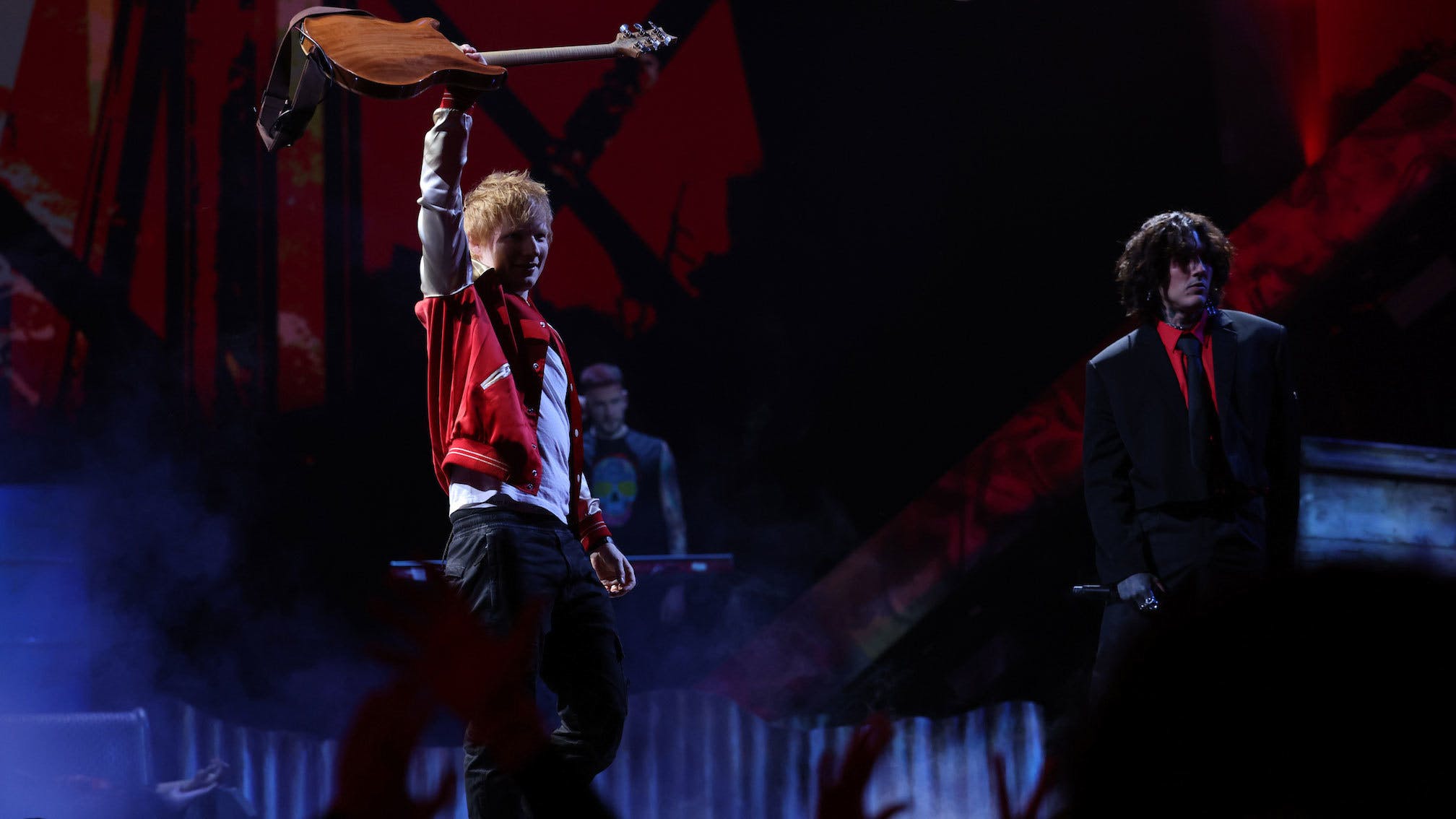 After getting absolutely everyone talking on Tuesday night with a joint performance at the BRIT Awards 2022, Ed Sheeran and Bring Me The Horizon are reportedly set to work on a song together.

Ed has revealed that he'd previously been in touch with BMTH's Oli Sykes about working on something before the pandemic. However, now it seems as though their onstage performance this week won't be the last we see of them…

"We're going to write a song together," the pop star tells The Daily Star (via The List). "Playing with Bring Me The Horizon was a dream. I got in touch with [Oli] and we were going to write together but then the pandemic happened, so we were in touch – I've been a fan for a long time."

Ed adds that he's not just a Horizon fan – but a fan of us, too. "Oddly enough that's the kind of music I grew up listening to and had a Kerrang! subscription and I listened to it constantly," he says. Yes, Ed!

As well as a potential Ed collab, Bring Me also have their eyes set on another Post Human EP this year.

Speaking to K! about what's to come from it, Jordan Fish revealed that the record is “more influenced by emo and screamo” compared to the “metal and nu-metal sounds” of Survival Horror.

“These records are about the music that we grew up listening to in the order that we discovered it,” he said. “We all started listening to Linkin Park, Deftones and Slipknot. Then we moved into that more emo/post-hardcore sound of bands like Glassjaw. It’s still a rock record at its core: there’s still heavier stuff and big songs on there. [Latest single] DiE4U is a good glimpse of the direction it's going in.”

Ed SheeranBring Me The Horizon