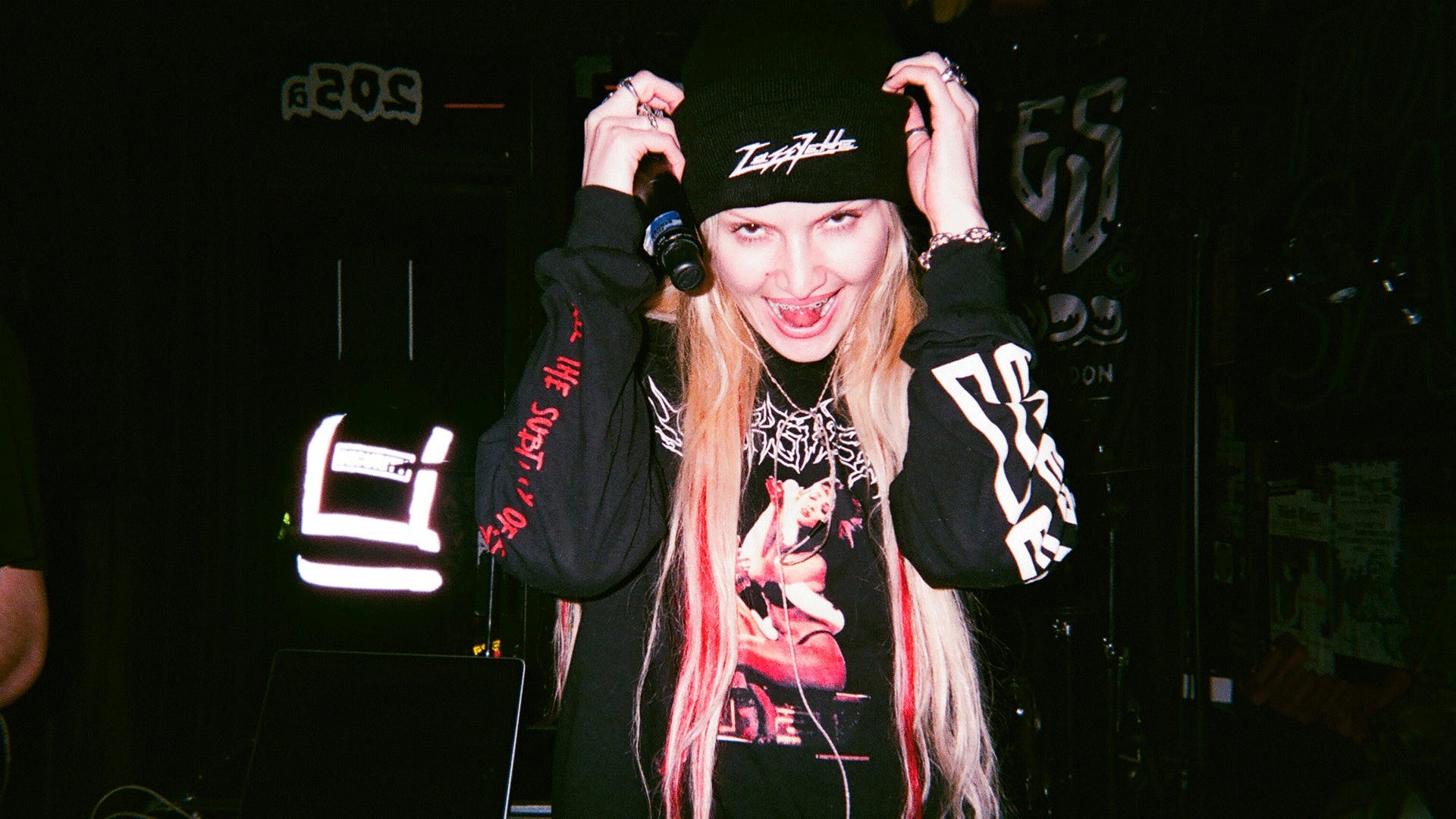 Cassyette’s debut festival appearance was quite the trial by fire. Imagine turning up to play an early afternoon slot towards the end of the first big live music event since lockdown, and being invited to join the opening night headliner in front of 10,000 gig-starved fans beforehand. The genre-shredding singer-songwriter had just recorded the blazing Off With His Head collaboration with Frank Carter & The Rattlesnakes, so it made sense when Frank invited her to join him onstage for his slot at the Download Pilot in June 2021.

“I was so nervous,” she recalls. “My set wasn’t until the Sunday and Frank was headlining on the Friday, so that was the first festival experience I’d had as a performer, and it was insane! I looked out and there was just a sea of people and it was so high-energy, but with Frank I feel relaxed because he’s so good. Every time I’ve got up with him since, I’m chilled, because I know he’s got it and he always gives me the most insane intro.”

That might have been Cassyette’s return to live action, but there was a lot more to come. Her own Download slot saw her experimenting with crowd control and gleefully watching the pits open up. “Usually I’m the first one in the pit, so it’s fun being on the other side, ordering everyone around. It makes me feel really bossy,” she laughs. She also rejoined Frank to open up their subsequent UK tour, and late last year she took some time out to tear up the K! Pit with Dead Man’s Fingers Rum, a gig that dissolved into glorious chaos.

“I climbed on the bar and I don’t know what happened but my [in-ear] pack flew off so I couldn’t hear anything,” she laughs. “I was just screaming into the microphone and it was fucking insane. There were loads of our own fans there as well. I definitely think that’s a good taste for what my Mayhem Tour will be like.”

The Mayhem Tour in question will be Cassyette’s first-ever headlining run, taking place this month, and portentously named. The singer-songwriter has already made quite the introduction for someone who hasn’t headed out on the road under their own name yet, or considered recording a debut album, believing that the single format is working just fine for now. It’s certainly made an impact, with a string of releases mixing metal, pop and electronica into delicious sugar-rush explosions. Asked to describe her sound, she reveals: “I’m part of a collective called Cultur Cult [alongside the likes of Wargasm and Kid Brunswick], and we’ve kind of invented our own genre we call ‘grit pop and wrot’. It’s just a mixture of stuff we’ve made our own, and wrot is the perfect term to describe it because it’s rotten. It’s rooted in metal and emo, with hip-hop and other elements. We cross genres, and when you do that you end up with something new and futuristic.”

The future is here and it goes by the name of Cassyette. Now sit back and watch her explode.

Cassyette is on tour from February 17, 2022. This article was originally printed in December’s one-off live music special.

Download Festival takes place at Donington Park on June 10-12. Get your tickets now.