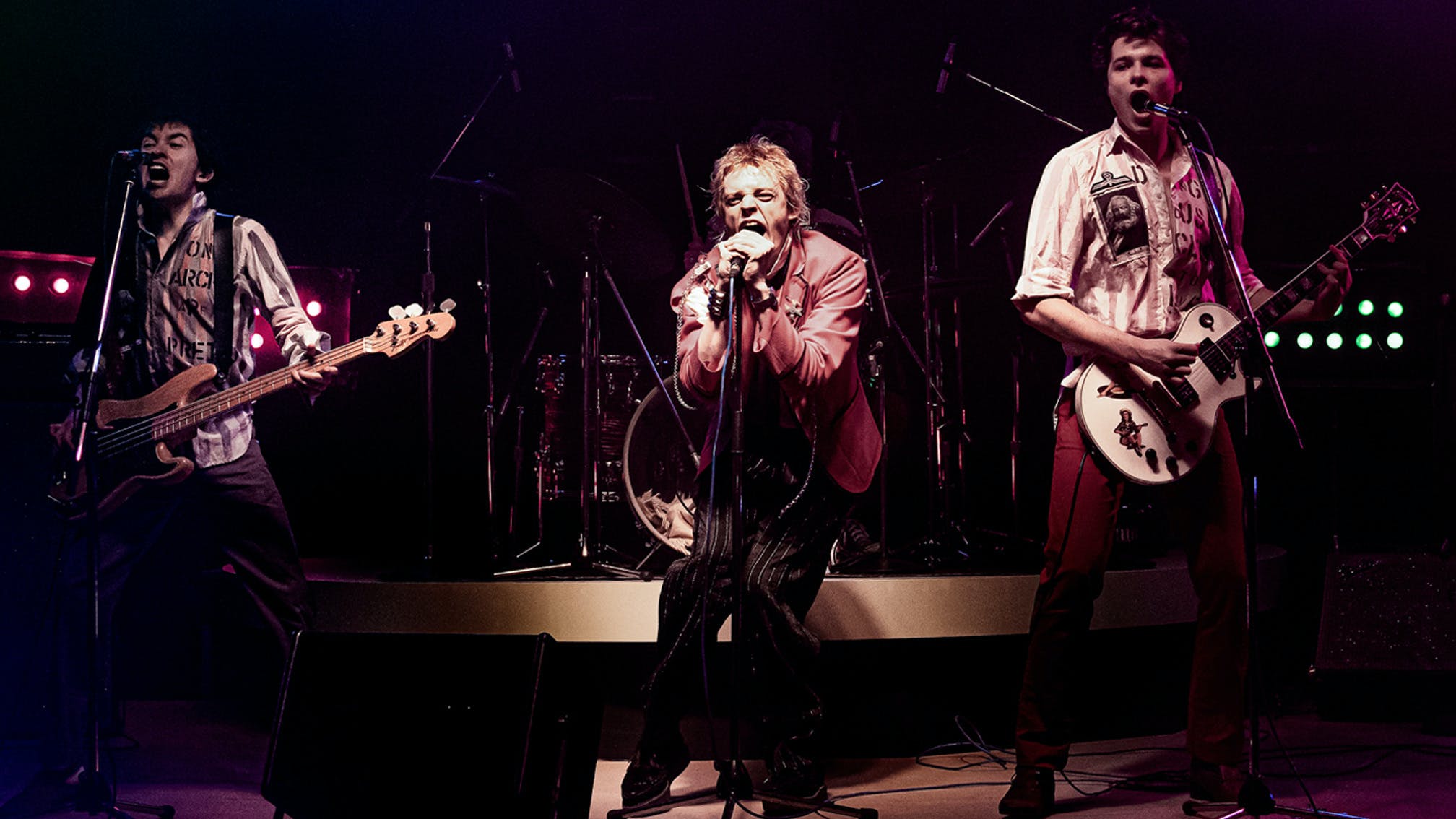 Following on from the announcement of upcoming Danny Boyle-directed TV series Pistol, a first look at the show has been unveiled.

Principal photography has officially started now on the highly-anticipated Sex Pistols biopic, which features Toby Wallace as Steve Jones, Anson Boon as John Lydon, Louis Partridge as Sid Vicious, Jacob Slater as Paul Cook, and Christian Lees as Glen Matlock. And the first image shared – with a comparison against the actual band performing live – looks pretty damn accurate already. Check it out below.

"Imagine breaking into the world of The Crown and Downton Abbey with your mates and screaming your songs and your fury at all they represent," says Danny Boyle. "This is the moment that British society and culture changed forever. It is the detonation point for British street culture… where ordinary young people had the stage and vented their fury and their fashion… and everyone had to watch and listen… and everyone feared them or followed them. The Sex Pistols.

Read this: The 15 most outrageous punk moments to ever happen on TV

"At its center was a young charming illiterate kleptomaniac – a hero for the times – Steve Jones, who became in his own words, the 94th greatest guitarist of all time. This is how he got there."

As well as sharing this early glimpse at Pistol, a couple of new cast members have also been unveiled: Thomas Brodie-Sangster will star as Malcolm McLaren, Tallulah Riley as Vivienne Westwood, and Iris Law will make her screen debut as Soo Catwoman.

John Lydon: "I love putting myself down as a couch potato who just watches TV, but that’s not the actuality at all"

A characteristically spiky conversation with the inimitable John Lydon…

Sex Pistols biopic Pistol is based on Steve Jones' 2018 memoir Lonely Boy, and heads into production in March.