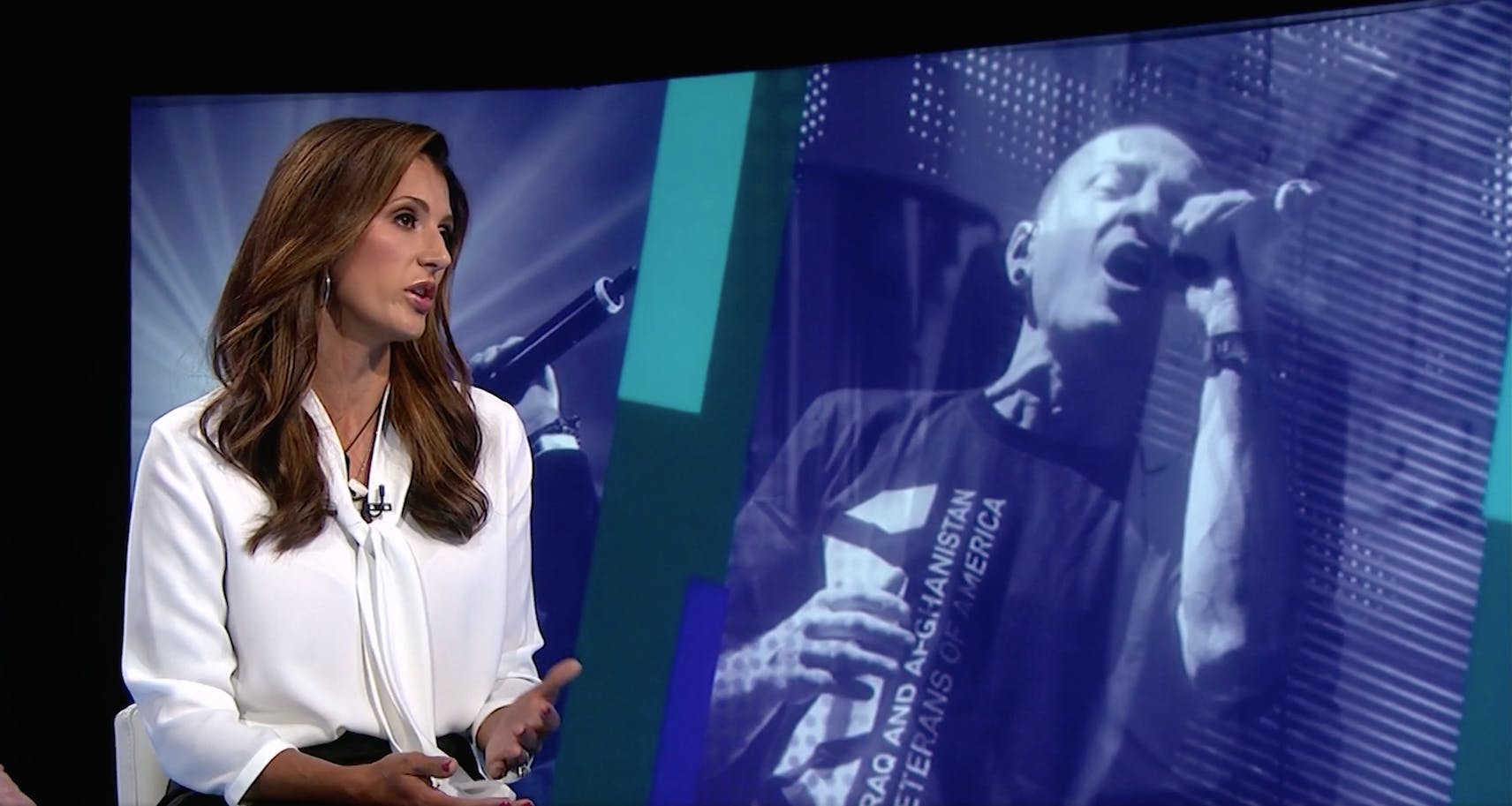 "Absolutely there were signs. I am now more educated about those signs, but they were definitely there: the hopelessness, the change of behaviour, isolation," she told the interviewer on CNN's special report Finding Hope: Battling America's Suicide Crisis.

Talinda explained that Chester had left the family vacation to go home and do a television commercial, and she was expecting to see him again the next day.

"He had been in states of depression before, and he had [made] past attempts [at suicide]... this was not a time when any of our family expected this to happen, which is terrifying. Because it could happen at any moment with those thoughts."

Talinda also said she had struggled to understand what Chester was going through, and the seriousness of it.

"I don't suffer from depression, I never have, and watching my husband go through it, I had no idea, I could not relate," she said. "Over the years I learned. I educated myself to the best of my ability. However, I did not understand the severity of his thoughts. He'd shared them with me, we got him help, and everything happened at a time - I can't stress enough - when we thought everything was okay. It just took us by surprise."

Watch the full interview below.

If you're struggling with depression or suicidal thoughts, or just want to speak to someone, please reach out to the Samaritans on 116 123, or visit Samaritans.org.