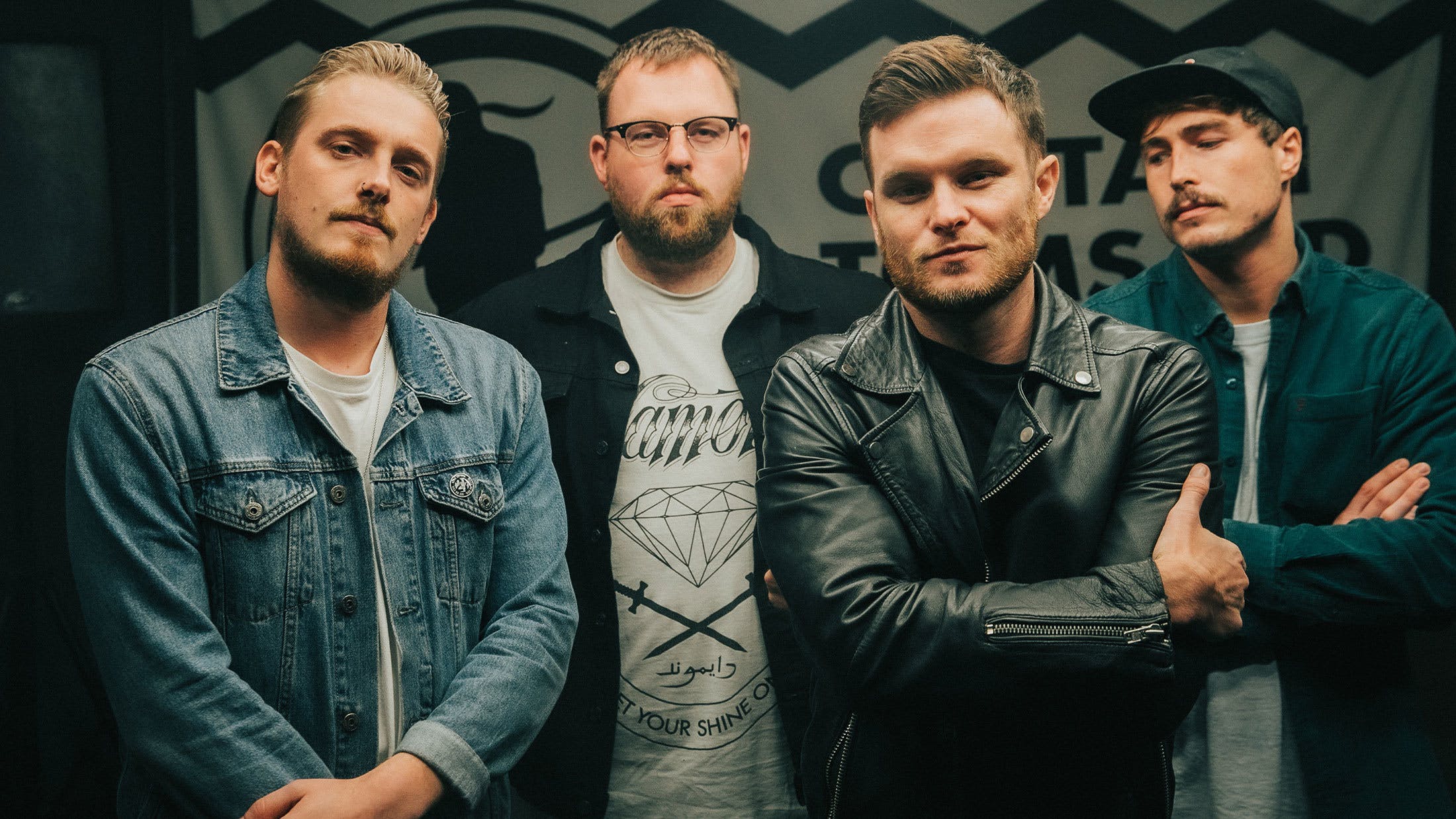 It’s six o’clock on a Monday morning and Cold Years are freezing their arses off on Aberdeen beach. They’re furtively filming the music video for their latest single Life With A View, trying to nail the shot-list before too many people wake up and get in the way. This kind of thing doesn’t usually happen here, you see. Round here, on rugged Scotland’s north-east coast, they’re not like everybody else. Round here, they’re the ones who the locals look at with sideways glances and barely contained disdain – for daring to be different, for having ideas above their station, for dreaming of a life that reaches beyond the opportunities that their parents had, and their parents before them.

It’s the same scene in small towns and cities-in-name-only the whole world over. This is the kind of place where you get beaten down for trying to build yourself up, or doing something outside of the norm. Even at the crack of dawn.

“Some old bastard was out walking his dogs and he stopped to take the piss,” recalls the band’s singer and guitarist, Ross Gordon, evidently still stinging about the exchange a few weeks later. “He went, ‘Oh look, it’s a fucking boyband!’ and laughed at us. But what the fuck does he know about life, with his house in the country and two Audis in the driveway? There’s no counterculture or appreciation for art in Aberdeen. It’s full of fucking dinosaurs here. But why should you accept the limitations of your circumstances forever? You shouldn’t. No-one should. You should want to do something with your life.”

That’s precisely the quest Cold Years currently find themselves on, as they prepare for the imminent, yet long-delayed, release of their debut album, Paradise – 13 rousing tracks of hopeful punk rock righteousness. The quartet – completed by guitarist Finlay Urquhart, bassist Louis Craighead and drummer Fraser Allan – have been bubbling under in the British alternative scene for a number of years now. Filled with promise from the off but denied a full-length launch by one thing or another until now, COVID-19 is just the latest in a litany of setbacks they’ve grown accustomed to. On the eve of the record’s big reveal however, Ross is allowing himself a rare indulgence with optimism, despite the mounting evidence to the contrary that he could choose to focus on. A record that’s been ready and sitting on ice for months now carries even greater resonance in a world completely turned upon its head.

“I think it’s lyrically even more relevant than ever,” the frontman argues. “We got the vinyl delivered last week, so on Saturday night, I opened a bottle of wine and listened to it in full for the first time in months. I sat and closed my eyes and you know what? There’s not a single thing on there that I would change, and I usually hate listening to my own music.”

Armed with fresh perspectives on the songs – songs etched in deeply personal yet universal experiences, and born from a place you don’t have to know to instinctively recognise – Ross realised how Paradise reaches further than he’d previously reckoned. It speaks to a generation whose opportunities have been limited by a series of damaging government regimes, as the yawning divide between the haves and have-nots leaves far too many young people behind. Songs spiritedly soar against a backdrop of pro-Brexit Britain and a society self-medicating unchecked mental health issues with drugs and alcohol. They seethe with anger, but run on a belly full of iron cast belief in the power of positive action. Ross and his mates aren’t rock stars trying to change the world. They’re just regular guys who play music trying to make sense of it – to fend off frustration and bitterness, to keep their spirits up while doing the best with what they’ve got.

“Listening back to the album made me realise there were a lot of things wrong in my life at the time I was writing the songs,” the frontman reflects. “There were a lot of things I stood for that I shouldn’t have, whether that was my work-life balance, bad relationships, poisonous friendships or a small-minded attitude towards what I deserved as a person, and accepting a fate that was shit and not expecting to find a way out.

“But I have found a way out,” he adds, buoyantly, “and I look back now and realise I’ve grown so much as a person. All of us have. It makes you realise how lucky you are to have the things you’ve got.”

But luck doesn’t have much to do with the Cold Years story. Theirs is ultimately one of defiance, grit and determination. It’s one that should inspire and spark hope in others who can relate to the challenges of their circumstances and struggles. If they can make it work from the relatively remote wilds of Aberdeen, with all of the odds stacked against them balancing day jobs, relationships and real life responsibilities, then anyone can. And that isn’t limited to musical pursuits. The irony of being laughed at while filming the Life With A View video is not lost on Ross. It’s a song about not caring what others think and chasing your dreams, no matter who stands in your way or says you shouldn’t. It’s a blazing carpe diem call to ‘fight the good fight, drink the good booze’ and squeeze every drop of joy you can out of life. That’s a resolution that can only come from a place where that kind of optimism once seemed far out of reach. But no more.

“I’ve sorted a lot of the problems I had out,” Ross now states proudly. “I dropped all of the negativity I was carrying around with me. I cut all that shit out of my life. I’m done writing songs about being miserable. Now there’s a light at the end of the tunnel and I have a much more positive outlook on life. We’re all in a really good place at the minute.”

Even if that place, physically, is still Aberdeen? Well, for the time being…

“I don’t want to live here for much longer, it’s grating on me now,” Ross admits, weighing up his love-hate relationship with the place he was born. “Your hometown is always going to be a part of you and you can never escape that, but I’ll go anywhere – anywhere that’s not fucking Aberdeen! I’ve been restless here for so long, it’s not a part of me that I associate with anymore.”

That spirit, he says, will be reflected in the next batch of songs the band work on, having been busy getting ahead of themselves by writing new stuff during the recent lockdown. That’s a different story for another day, though. This one is still developing and while there are a lot of reasons to be downhearted about the state of the world right now, Cold Years are living proof that good things can come out of the most trying of times. Paradise may be about life in a small city in the north-east of Scotland, and the feeling of growing up somewhere and feeling like you don’t fit in, but Aberdeen could be your town and Paradise could be your life. In a way, perhaps it already is.

Paradise is released on September 4 via Inside Job/eOne – pre-order your copy now, along with other merch bundles.