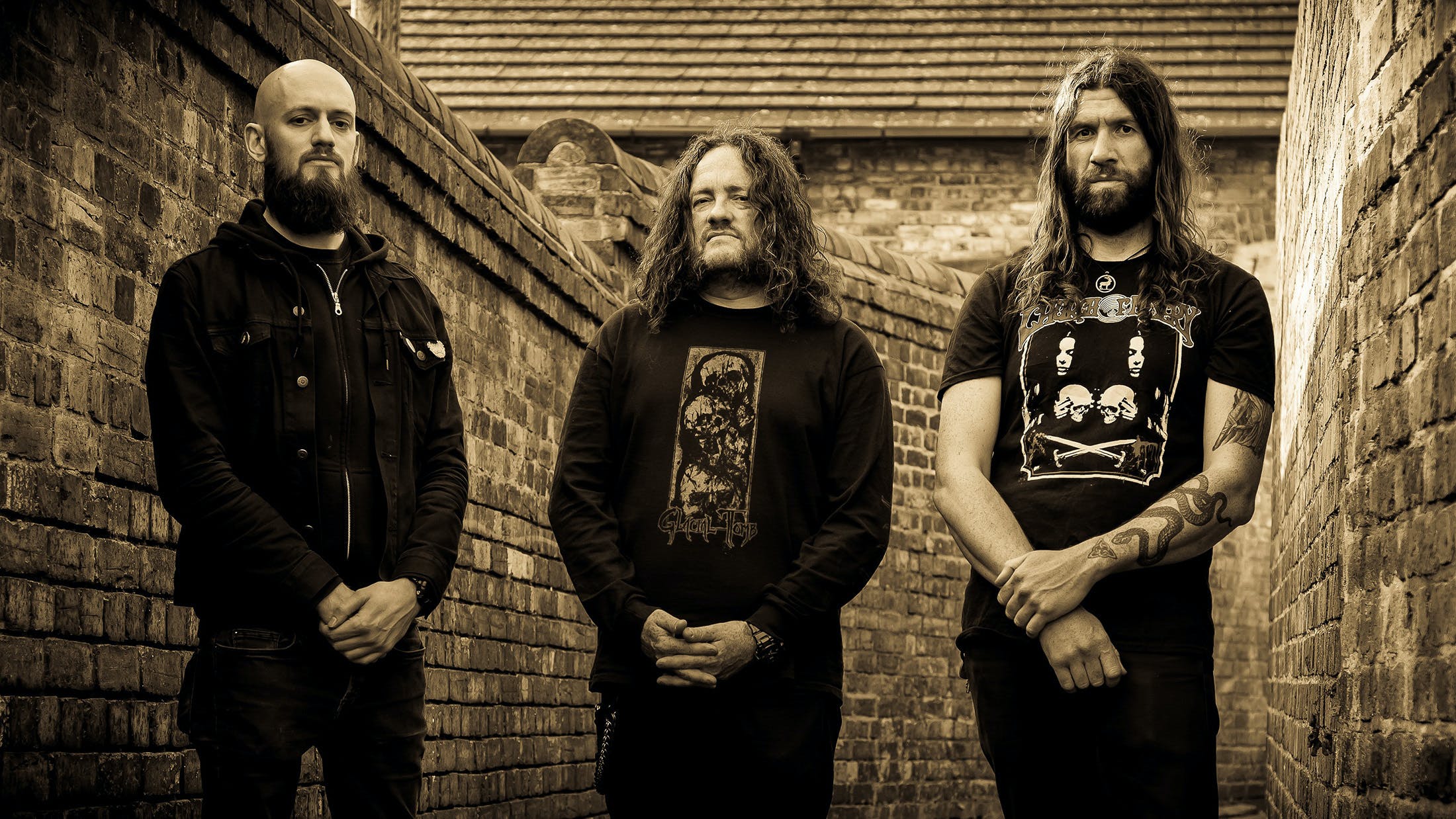 British doomers Conan have been kicking it on the road with Black Label Society for BLS’s 20th anniversary tour since mid-April, but that doesn’t mean the Liverpool trio don't have time for a surprise. The band have just announced a secret show for tomorrow night, May 10th, at Brooklyn’s own Saint Vitus Bar. Support on the bill will be provided by Maryland doom rockers YATRA and sludgy New Yorkers False Gods. Tickets are on sale right now, so go snag one and be at Saint Vitus tomorrow night.

Conan released their latest album, Existential Void Guardian, in September of 2018. The record is an absolute must-listen for fans of bands like Electric Wizard and Uncle Acid and the Deadbeats, and packs a heavy, psychedelic vibe that feels like the world’s heaviest acid trip.

When frontman Jon Davis recently chatted with Kerrang!, he spoke about how he used the album to focus on his fear of death. “I was thinking about what we were before we were born -- that complete absence of self, and not existing kind of scared me,” said the frontman. “I’m not an expert on existentialism by any means, but it’s this loose idea where you just feel a complete sense of loss and emptiness inside. I thought it’d be cool to make that an actual place, rather than just a state of mind that in any idea coming of having a guardian to protect you or stop people from leaving that place.”

Jon found comfort and contentment with this fear as he spoke more openly on it, stating, “The contrast between how I once felt and how I feel now, is very large.”

The remaining dates of Conan’s tour with Black Label Society are as follows:

On Existential Void Guardian, Conan's latest record, the foes are less mythological and much more human.

Attention: there are some very loud albums we’d like to draw your attention to…