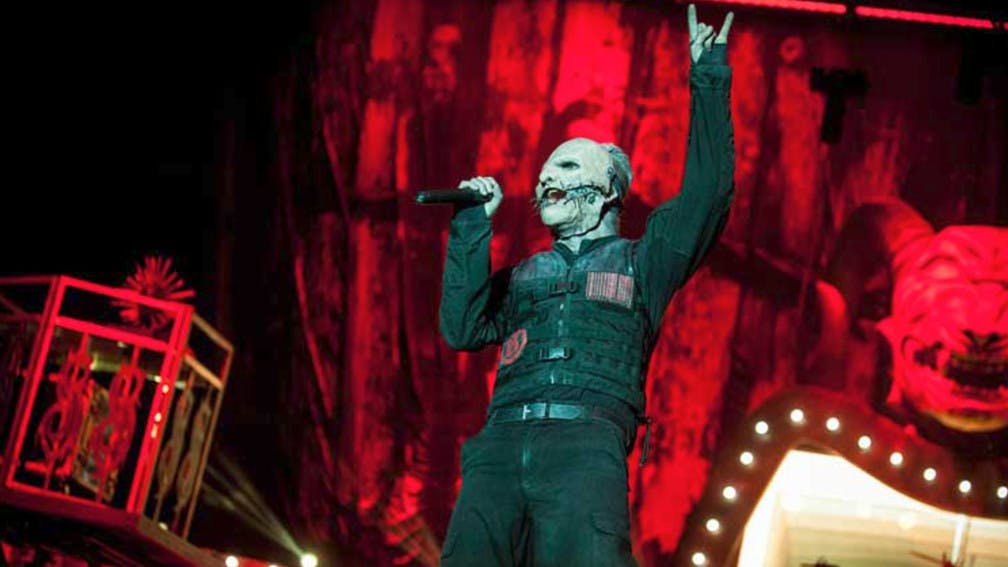 Speaking on the Let There Be Talk podcast, Corey revealed he has teamed up with the man behind the makeup for Dawn Of The Dead, Day Of The Dead and Friday 13th to work on his new face gear.

Corey worked with Japanese special effects artist Screaming Mad George on his Iowa and Vol. 3 masks, but having worked with a number of people since, this time he's teamed up with blood and guts legend Tom Savini.

"He’s the godfather to me," Corey tells the Let There Be Talk podcast." Got to hang out with him, got to talk with him. Met him through a friend who actually works with him. And the three of us were kind of developing this new mask together so I’m kind of fuckin’ chuffed on that.”

The Slipknot vocalist posted a teaser of his new mask on Instagram last month, which obviously sent the internet into meltdown. Not wanting to go into any more detail, he does tell Let There Be Talk that it's still "bare bones" because it's more to do with what he's going to be doing underneath it.

There's no word yet on when we can expect to see the new masks, but with a new Slipknot album and summer tour approaching fast, the big reveal could come sooner rather than later.

Catch Slipknot at one of the below shows. Get your UK tickets now.