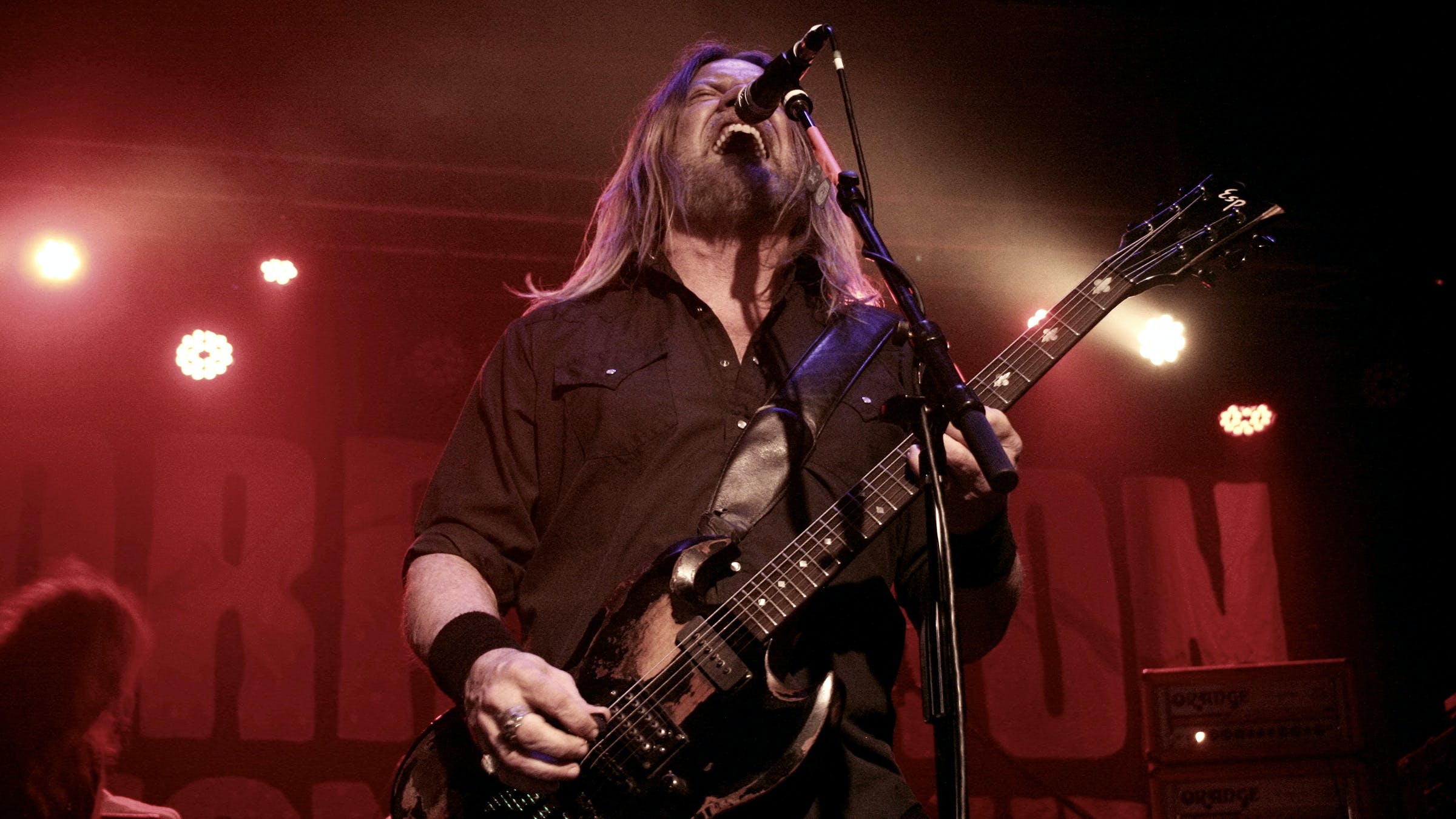 Southern bands have a different approach to metal than those in other places. It’s not always necessarily about incorporating elements of blues -- though that’s definitely a component for some -- as many of these artists play with a different type of passion towards the genre in general. This has become another characteristic in their laundry list of artistic flairs and seeing acts from varying southern regions made that more apparent. From Texas to North Carolina, the southern liveliness that filled Portland, Oregon’s Hawthorne Theater last week was contagious.

That force started with Dallas’ Mothership. Between their sound and stage presence, they took on elements of blues, psychedelic and grimy ’70s hard rock in a way the crowd really seemed to vibe with. Yet, there was a chemistry between the trio that commanded even more of a reaction than their music did. Brothers Kelley and Kyle Juett, who share vocal leads and playing guitar and bass respectively, played off of each other on tracks Lunar Master and Crown of Lies with the harmonious understanding that only family members share. The audience connected with that harmony and the atmosphere grew livelier through their whole set.

The venue was already overwhelmingly packed with an intense energy, but that zealous nature elevated as Weedeater’s set drew closer. It’s fairly incontestable how entertaining a Weedeater set is, particularly because of one factor— “Dixie” Dave Collins. His on-stage persona is kooky and spontaneous, working well as a tool to accentuate high riff points with funny facial expressions and dance moves. Set opener and fan-favorite God Luck and Good Speed was met with Dave’s signature wonky cross-eyes and Tasmanian Devil tongue-heavy head shakes, while Monkey Junction and Buzz got random leg kicks and head-to-wall slams as accessories.

They might be considered “weed metal,” but there was nothing sedative about it.

That feeling worked wonderfully to pave the way for Crowbar’s set. It’s not that the New Orleans band needed it, though -- they’ve continually garnered an excitable response from their audiences for decades now, and this performance was no different. With nearly half the venue itself jammed against the front barriers like tightly crammed sardines, Crowbar blasted through …And Suffer as One and The Cemetery Gates, sweat and spit flinging from the tips of their beards onto the incredibly loud crowd below. Those closest to the stage were eager for interactive participation, extending arms towards the stage and mouths wide open shouting in unison along with the band.

The crowd kept this same energy once set headliner, Corrosion of Conformity, began to play. Much of the audience the songs in the setlist committed to memory. Stonebreaker, Vote with a Bullet and were noteworthy crowd pleasers, but they extended their encore Clean My Wounds with the addition of some more bluesy riffs that really hit home for those hanging on to -- and singing along with -- every word.

Once CoC ended, the venue emptied with a quickness that begged to question whether the show even happened at all. But the remnants were still there, living as all the audience members who had filtered onto the street. Everyone shouted in confirmation of how awesome the show was, their ears still ringing from the onslaught of sound. It was a night of booming intensity, and one many attendees said they’ll never forget.