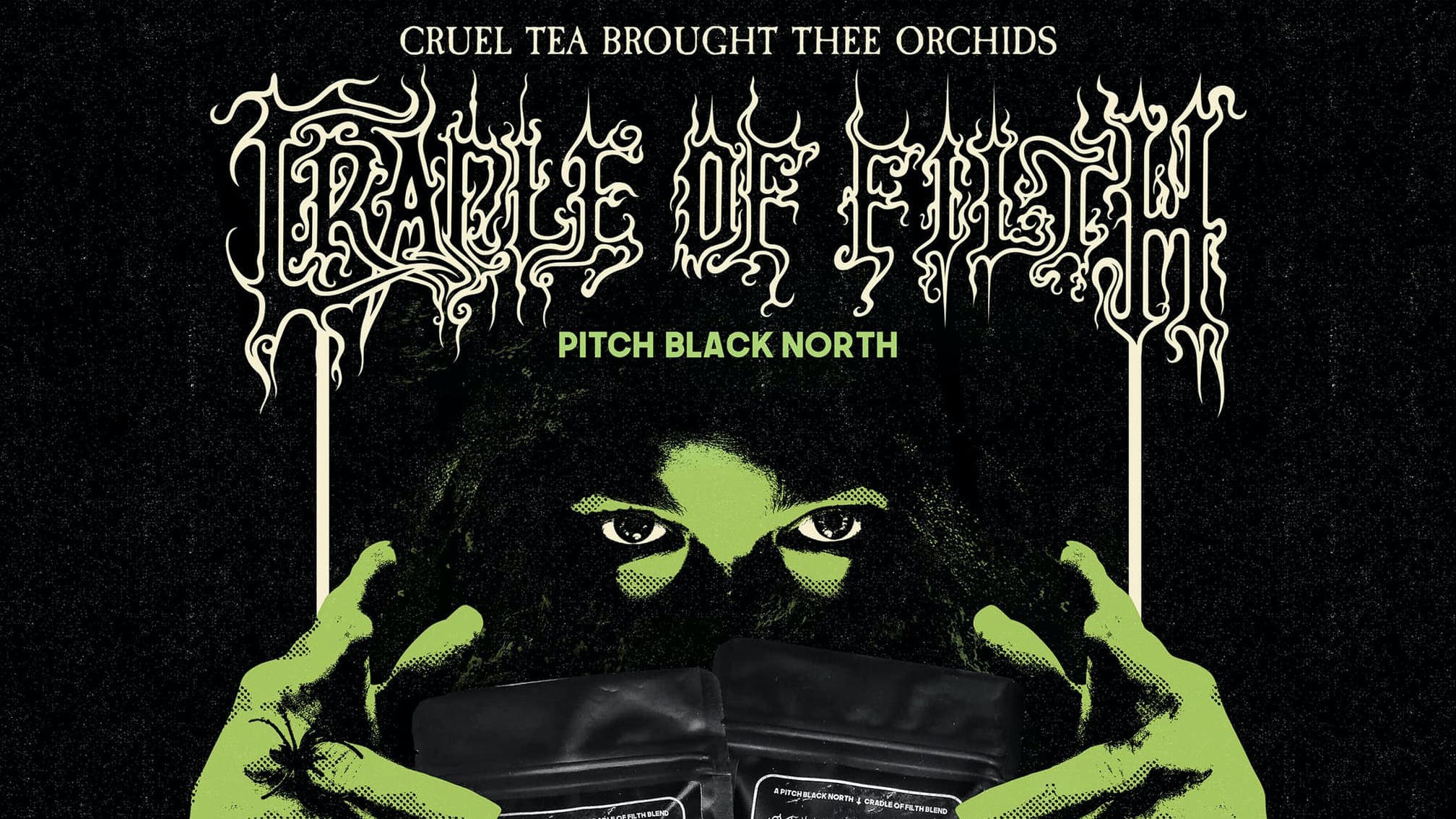 The band say they came up with the concept while recording their latest album (!!!), "having been provided with some fine-tasting satanic teas" from a production company called Pitch Black North; with CoF adding that the idea to join forces for these products was "tea-sed into our collective skulls that a collaboration should be afoot".

"If anything this weird space of time known as ‘lockdown' has taught us, is that literally everything can be mollified with a really good cup of tea," they add.

The two new brews are for separate occasions – "One for the uplift, one for the wind-down" – and are even based on Cradle Of Filth songs.

"These expertly crafted beverages are not only bursting with maleficent flavour, but they also swim abrim with genuine witchcraft, having been brewed under all the right stars," write Cradle Of Filth in a statement.

Of course, Cradle Of Filth have caught people's attention with their merch before – most memorably, their 'Jesus is a c**t' T-shirt.

Speaking to Kerrang! about how that lovely phrase came about, Dani remembered, “We were preparing stuff for the Emperor tour on the front lawn of our then-label manager’s mum’s house. We were larking around and came out with it, and it made us piss ourselves laughing. I remember lying on the grass laughing our tits off going, ‘We’ve got to do this.’

“It wasn’t from a satanic perspective, though, it was more of an anarchic statement. We knew it would piss people off. I think Jesus just got picked on because he was archetypal. It could have been Hitler, but it doesn’t really work because everyone already thinks Hitler’s a c**t, so it’s not as funny.”

When asked how quickly it started causing grief for the band, the frontman said, “I remember when we had them printed up, my girlfriend – who was actually on the front of the original ones – worked for a printing company and they refused to do it. When they found out she printed a few off out the back door she got in so much trouble. So, we found a place in an even smaller village where we had to go round the back, get the shirts, and a, ‘Never speak of this again’ from the guy doing it.”

Anyway, grab your much more innocent Cradle Of Filth teas from the UK/Europe here, and America at this link.

Read this: 11 shock rockers who are surprisingly wholesome in real life