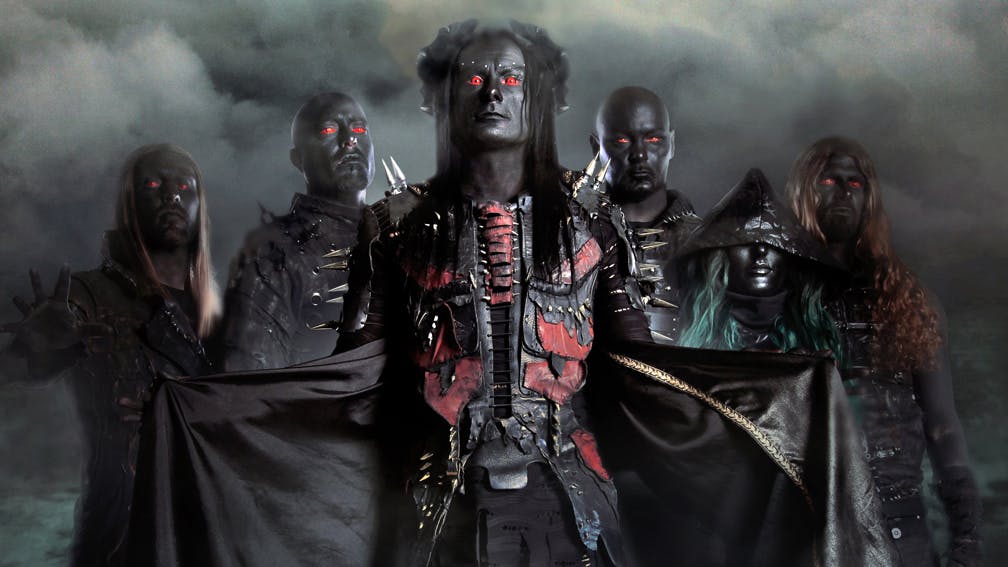 Earlier this year, vampire black metallers Cradle Of Filth announced a slew of tour dates in Europe, at many of which the band would be playing their classic album Cruelty And The Beast in its entirety (Cradle will be reissuing the album on vinyl later this year). However, the band has now revealed that they've had to cancel several of those tour dates in order to focus on their new album.

Cradle Of Filth released the following statement concerning the cancellations:

"Unfortunately Cradle Of Filth are cancelling their three upcoming shows in Europe (prior to the special London Palladium show), plus the show In Tel Aviv, Israel, due to time restraints concerning writing and pre-production for entering the studio for recording the forthcoming new album.

"Having played literally all over the world this year, it is unfortunate that keeping the band this busy has forged an ever-decreasing window in which to fit everything in and so it is with some regret that we have to announce the cancellation of these shows.

"That being said, Tel Aviv will be moved to a slot next year to coincide with COF’s first tour of China.

READ THIS: "Cradle Of Filth had a gay movie, apparently": 13 questions with Dani Filth

"The headline show at the Entrepot in Bruges, Belgium on November 2ndremains unaffected.

"Once again sincere apologies for this sudden turn of events, the next thing on our very metal agenda (and the last of a busy year) is the grandiose London Palladium performance on 19th October.

"The nightmare before All Hallow’s Eve!

"And brethren. please watch the heavens for a much pleasanter Cradle announcement later this week…”

Hopefully, the announcement teased at the end of this statement is that of Cradle Of Filth's new album. But we'll have to wait and see.

In the meantime, the following two Cradle Of Filth shows can still be attended later this year:

To get riled up for the London show, fans should check out this new lyric video for the band's classic track Lustmord And Wargasm (The Lick Of Carnivorous Winds) below: