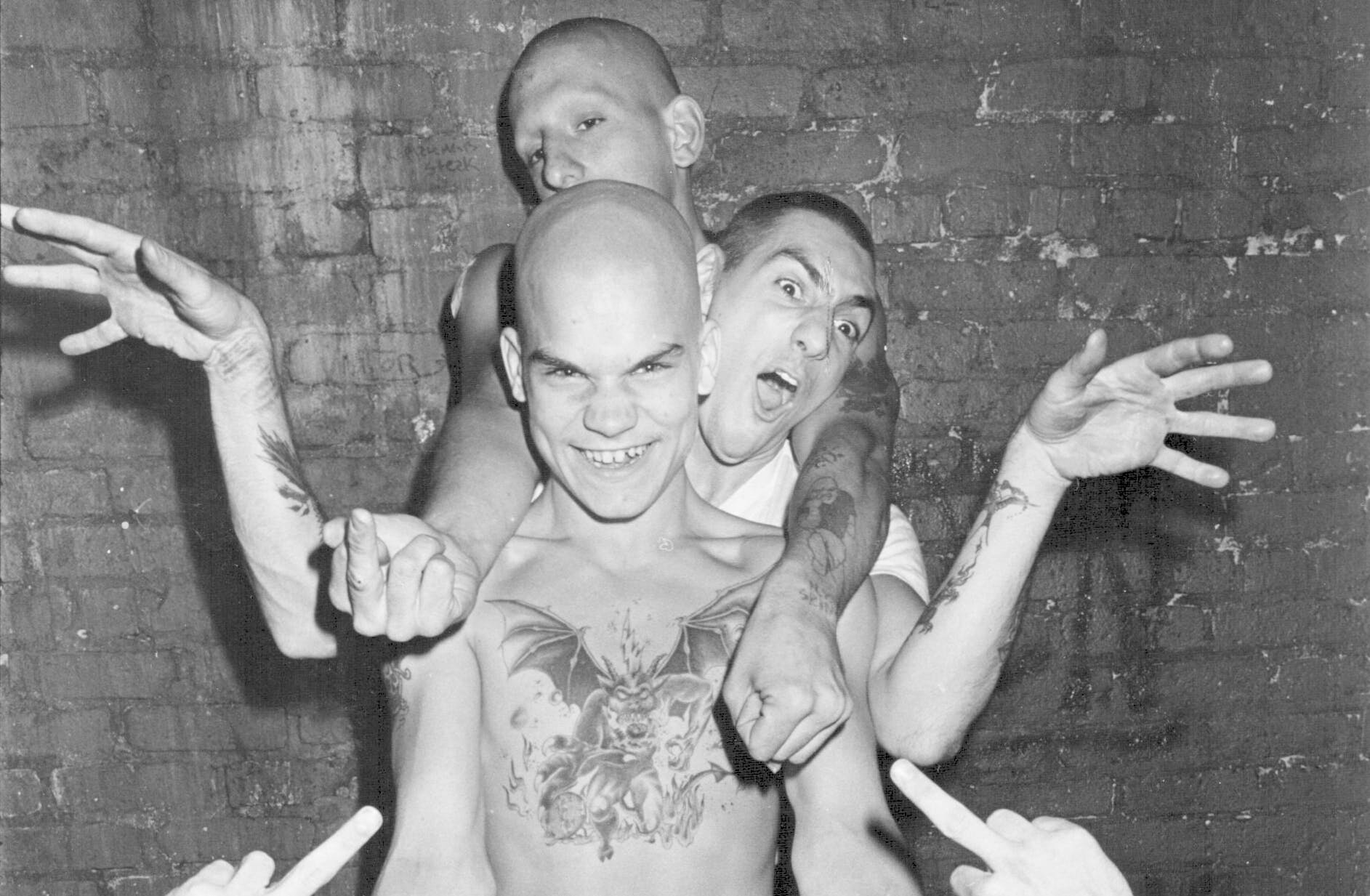 It is no secret that classic New York hardcore crew Cro-Mags’s current and former members have been at each other’s throats for quite some time now. This beef goes back to 2012, when bassist Harley Flanagan showed up to John Joseph and Mackie Jayson’s version of the band’s show at Webster Hall uninvited, and then proceeded to stab and bite two of the members, resulting in his arrest. Since then, he had been performing under Harley Cro-Mags, whereas the version of the band containing John Joseph and Mackie Jayson had been under the original moniker. Last year, however, Flanagan had filed a lawsuit against his former bandmates over the trademark, claiming he has sole ownership of the recording and merchandising rights. The case has now settled, and as of August, Flanagan’s project will now be the one under the Cro-Mags name.

“As all of our loyal fans and supporters know, John Joseph, Mackie Jayson, A.J. Novello and Craig Setari have been performing as the 'Cro-Mags' for many years. Due to recent litigation involving Harley Flanagan, John Joseph and Mackie Jayson, we have all agreed that for the benefit of our fans and supporters we want to make sure that everyone knows who it is they are coming out to see.

“Therefore we have reached a settlement designed to avoid any further confusion. The lead singer and drummer on Age of Quarrel, John & Mackie, along with A.J. and Craig, going forward will perform under the name Cro-Mags 'JM' which we have a legal right to use. The 'JM' stands for John/Mackie. Of course, we need some time to make this change.

“There will be a three month transition where our shows may still be advertised as Cro-Mags and Harley will also be performing as Cro-Mags. During this transition period, to confirm which band you want to see, please check on our websites or social media pages. As of August 1, 2019, all shows under the CRO-MAGS 'JM' name will feature us, and all shows under the CRO-MAGS name (on its own) will feature Harley.

“Thanks for your patience as we wrap this up. Now that this is all said and done, we will be working on a new studio album, while continuing to deliver the live performances our fans have come to know and love over the years. A win/win situation. See you out there on the road.”

Flanagan has issued his own statement in video format:

It’s been a long and violent series of events, but it’s nice to see that it has come to a clean conclusion. The one that will soon be known as Cro-Mags ‘JM’ just finished their tour with Hatebreed, and will be performing Mission Ready Festival in July, which is looking to be their final show under Cro-Mags, whereas Harley Flanagan has just posted via Facebook that Cro-Mags have started writing a new record.

Both bands are bound to be working hard for the rest of the year on recording or planning tours, so if you are in the need for some solid classic hardcore punk, make sure you’re on the lookout for updates from both projects.

Cro-Mags' Harley Flanagan: "The First Time I Did Crystal Meth Was With Lemmy"

Watch high-quality footage of NYHC legends Cro-Mags playing for a crowd of you.

Vegan Cro-Mag John-Joseph To Animal Blood-Drenched Watain: “Don’t F*cking Sit Next To Me!”

Vegan hardcore frontman John Joseph tells us about being stuck on a bus with a blood-covered black metaller….

Clutch, Killswitch Engage, and Cro-Mags JM will hit the road together this summer.

Clutch's third Earth Rocker Festival will include Killswitch Engage, Cro-Mags JM, and others.