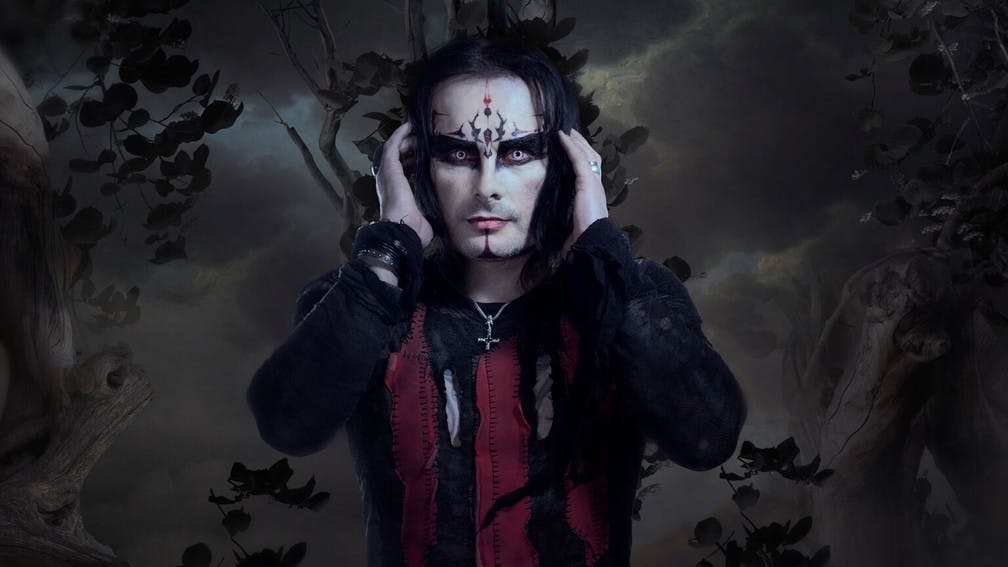 Last Thursday saw vampire black metal masters Cradle Of Filth launch a massive North American tour, with Wednesday 13 and Raven Black along for the ride. The trek sees Cradle returning to a more elaborate stage production, with frontman Dani Filth promising a revitalized live show and a handful of classic tracks rising from their graves to haunt diehard fans once more.

"We went to LA for three days beforehand to hole up in a rehearsal room, to try all the new lighting, the ice cannon thingies and costume changes...the stuff that’s going to take [this tour] the next step up," says Dani. "And just getting out and playing our stuff -- we’ve jumbled the set around again since we went out last year, so there’s a bunch of new stuff in there. For example, we’ll be playing Saffron’s Curse on this tour. I can’t remember the last time we played that -- probably the Midian tour."

Dani's excited to return to the States, partly to make sure the band hits venues they didn't get a chance to play on their last trip. But at the same time, there's one part of a North American tour that poses a constant source of discomfort for a leather-clad metal band whose legacy includes printing a T-shirt so offensive its wearers were sent to court: getting past the airport.

"I enjoy touring America -- it’s laid back, there’s lots of things to do, and people are very welcoming in the scene," says Dani. "The one thing that baffles me about coming to the States is border control. Everyone just seems so angry that you’re actually in their country. They don’t make you feel welcome in the slightest. I dread it. I try not to think about it, but as soon as I’m in it, I think, 'Not again.'"

Dani obviously isn't alone in getting harassed by U.S. border security -- it's almost a rite of passage for black metal bands these days -- but says that it's become frustratingly consistent, and specifically American.

"The numbers of times I get pulled aside into some room, where I’m given the eye by some guy…" says Dani. "The last time I was in a [border security room], people were being arrested all over the place, some woman was screaming… it was like a scene from Robocop. London can be a bit rude, but it's not on the same par. You really don't get that in any other country.

"That, and you know… Walmart," he adds with a laugh.

Since Cradle Of Filth have safely penetrated America, make sure to show your undying devotion at one of the dates below: