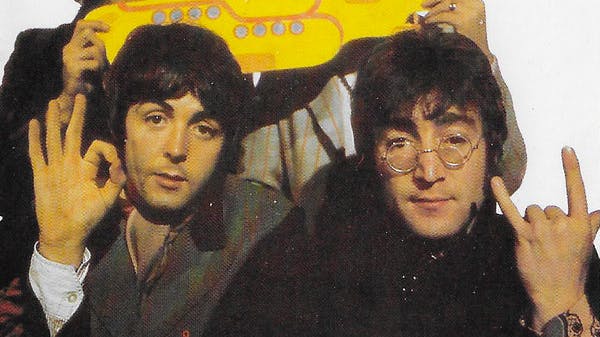 The Horns, the most metal of hand gestures, have a tangled history. In Buddhism they represent the expulsion of demons, while in certain Latin countries they signify something far ruder.

In simple metal terms, they are a joyous symbol of unity, exaltation and, well, general rock-ness rather than anything more sinister. And, as we all know, Ronnie James Dio played a huge role in popularising the thumbs-in-palm-out hand-flash. But did he invent the gesture? He didn’t think so.

“I doubt very much if I would be the first one who ever did that. That's like saying I invented the wheel. I think you'd have to say that I made it fashionable,” said the former Rainbow and Black Sabbath singer prior to his death in May 2010.

In contrast to Dio’s modesty, KISS' Gene Simmons boasted that he had in fact created metal’s most popular gang sign – to the point where he tried to trademark the gesture, filing his claim with the U.S. Patent And Trademark office on June 16, 2017.

According to a piece on business bible Forbes, the bassist – who has registered a vast slew of trademarks down the years ranging from ‘Gene Simmons Demon’ to ‘Topless Car Wash’ and on to ‘?enis’ (sic) – stated that he first used the hand gesture in November 1974, and was therefore entitled to file his claim for ownership.

His attempt to do so led to an outpouring of scorn from several musicians and metal luminaries – Dio’s widow Wendy among them.

“To try to make money off of something like this is disgusting,” said Wendy. “It belongs to everyone; it doesn’t belong to anyone it’s a public domain; it shouldn’t be trademarked. It’s laughable. I think he’s made a complete fool of himself.”

Gene soon withdrew his claim, although it would most probably have floundered due to the simple fact that there were notable predecessors – among them American occult rockers Coven. The band can be seen clearly flashing The Horns on a variant of the album artwork that housed their 1969 debut, Witchcraft Destroys Mind & Reaps Souls – with singer Jinx Dawson stating she’d employed the gesture onstage at least two years prior.

The most high-profile horn-thrower, however, was undoubtedly John Lennon, who can famously be seen employing the gesture on the artwork that was created for The Beatles’ 1968 animated psychedelic film, Yellow Submarine. The accompanying soundtrack sported the same image and was released a year later, reaching Number Two and Three in the U.S. and UK charts respectively while en route to selling several million copies.

The original artwork itself was created by London-based German illustrator Heinz Edelman, and captures John with his arms raised above his bandmates’ heads, Horns aloft.

Of course, an illustration is not the same as John Lennon himself flashing The Horns. But a photo session conducted in 1966 around the release of the Yellow Submarine single confirms that he was prone to doing so. The image in question was used on reissue of the single in 1989, reaffirming his credentials as one of rock’s first Horn-ologists.

Let’s not forget that John was also key to the development of hard rock itself during his time with The Beatles. Paul McCartney may have written the throat-shredding, proto-metal screamer Helter Skelter in 1968, but in return John penned the super-sludgy I Want You (She’s So Heavy) – an epic tune from the band’s 1969 album, Abbey Road, that clocks in at seven minutes and 47 seconds and arguably pre-figures doom metal itself with its menacing pace.

Back in 1980, John also claimed that The Beatles were in fact the founding fathers of metal, referring to 1965’s Ticket To Ride in an interview with Playboy magazine as “one of the earliest heavy metal records made”. By today’s standards, the tune sounds rather tame, although the impact of The Beatles on metal musicians – Rob Halford, Lemmy and Ozzy Osbourne among them – remains unquestionable.

An inveterate Beatles devotee, Ozzy’s life was changed at the age of 15 when he heard The Fab Four’s record-breaking 1963 single She Loves You. Indeed, from his Sabbath days onwards, his approach to vocal melodies stems from a love of that band. His affection for John was further underlined by his cover of the classic, How?.

A deeply reflective, self-questioning tune, How? was originally released by John Lennon on his second solo album, 1971’s Imagine. Ozzy released his cover in 2010 in celebration of The Beatles star’s 70th birthday, with all the proceeds going to benefit Amnesty International.

And so, on what would’ve been his 80th birthday, Kerrang! salutes John Lennon – a natural born rock’n’roller and the most metal Beatle. Horns up!

KISS have announced their final ever UK dates for 2023

KISS will be stopping off in Plymouth, Birmingham, Newcastle, London, Manchester and Glasgow on their End Of The Road UK tour.