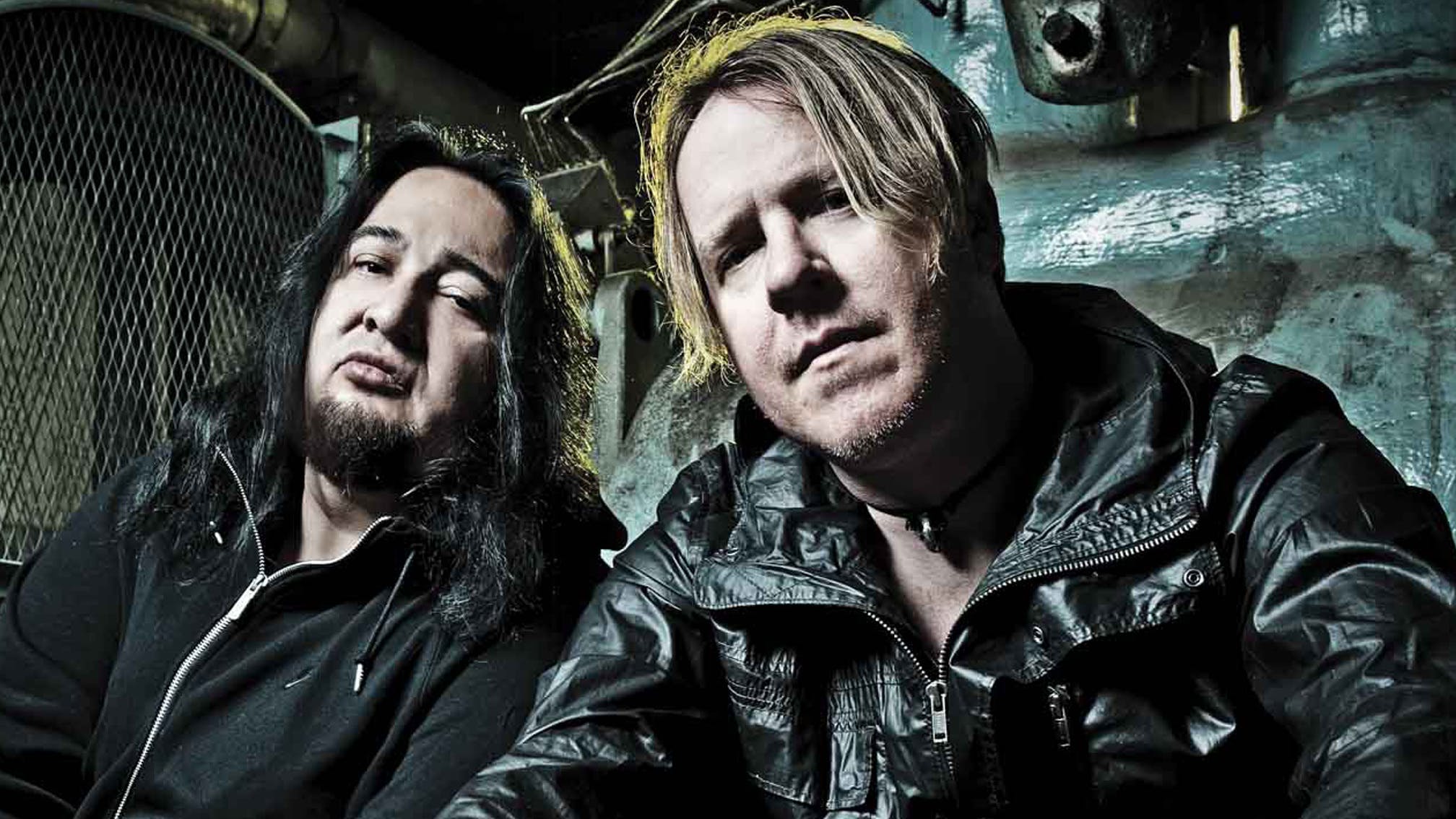 After the vocalist stated that "I cannot align myself with someone whom I do not trust, nor respect", Dino says that he found out about Burton's plans to leave "via social media", having read the lengthy statement that the singer had posted. Robb also stated that he'd only just heard the surprising news, too.

Addressing Burton's statement and some of the legal issues contained within, the guitarist says (via ThePRP), "I don’t really want to get into what it says, really, because a lot of it’s just a lot of nonsense. He doesn’t – what I noticed – is that he doesn’t take responsibility for all the legal actions went down. As you know, most people know that we were in a legal battle for the last three plus years trying to sort out this Fear Factory name situation.

Read this: Burton C. Bell looks back on 25 years of Fear Factory’s Demanufacture

"And him and I were sued separately in separate courts… Not jointly, separately. [They were filed by] the other two ex-members [Raymond Hererra and Christian Olde Wolbers], which led to me and Burton going bankrupt in separate counties, separate states. I live in California, he’s out there in Pennsylvania.

"And so… for anybody who decides to lie in the court of law when you’re under oath, not a good idea. That’s all I can say. I ended up… the name came available. Burton's trademark ownership became available so I ended up purchasing [it]. I don’t want to get into the gory details. I don’t want to have to throw anybody under the bus.

"But if anybody wants to see the truth, they can go and Google the paperwork, Google our names and you’ll find it. It’s all there, it’s all black and white and you can see what happened and how it all transpired."

He continued of his future Fear Factory plans and how he didn't want Burton to leave the band: "I wanted him to stay in the band and let’s continue and let's go work, that’s how I look at it. We got a record that’s coming out, next year. And when the touring opens up, let’s get out there and work.

"…We got a great record coming out next year. It’s too bad that he decided not to stick around, but the door is open for him. So whenever he decides to get past whatever his issues are, I’ll be here waiting. But I can’t wait too long, because when things start opening up, I gotta get back out there and work. I gotta do what every other band does, they gotta move on. So for the meantime, the door is open for him."