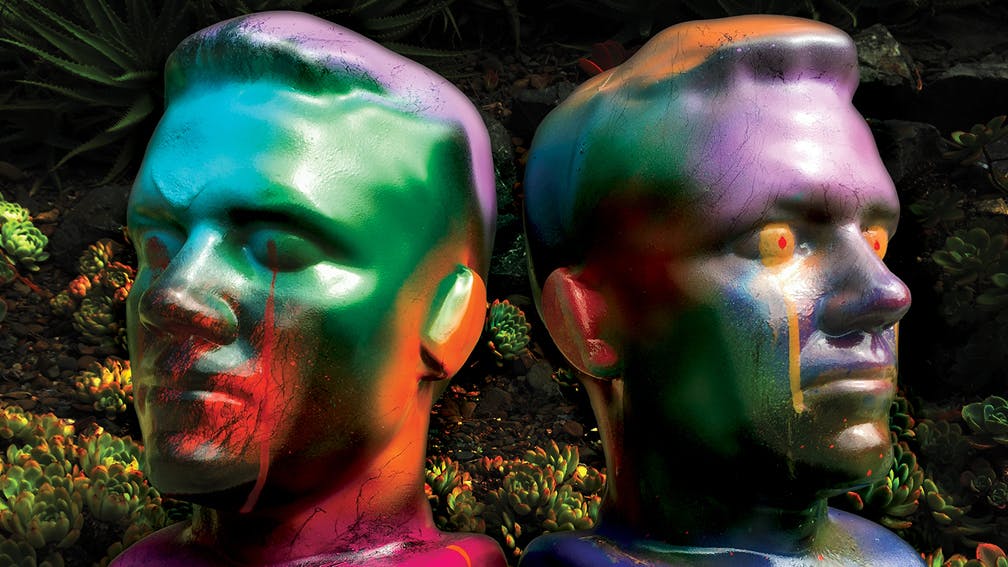 After the sustained calls for new System Of A Down material, when it eventually arrived responses were a little flat. Protect The Land and Genocidal Humanoidz, released to address the conflict between Armenia and Azerbaijan, had all the hallmarks you'd expect from the Armenian-American legends, but while the release of the tracks themselves came as a surprise, in adhering to the familiar, the results didn’t. Given the four members of the band had gone in such different directions in the 15 years since 2005’s last album, Hypnotize, one couldn’t help wondering what could have been if they’d wrangled their differences and coalesced more inventively.

Serj Tankian’s new EP is therefore an intriguing proposition. Compromising tracks the frontman originally wrote for SOAD that were ultimately vetoed when a collective direction couldn’t be agreed on, it’s a fascinating insight into what a new album might have sounded like, through the lens of its most musically adventurous member. What’s more, it finds Serj returning under his own banner to the music that made him famous after years of unpredictable genre-hopping.

If Elasticity teaches us one thing, aside from how good it is to hear Serj embracing heaviness again, it’s that when he returns to that domain there’s an element of the damned-if-he-does, damned-if-he-doesn’t about how to proceed. Stray too far from what fans might expect from a venture like this and he’ll invite disappointment; adhere too closely and he’s operating by the numbers. In the hands of a man who does things on his own terms, Elasticity, thankfully, manages to find a middle ground.

The EP’s title could refer to the quality of Serj’s voice, which remains a marvellously scattershot instrument, encompassing screams, yelps and croons, even if, as on the opening title-track the music doesn’t pack quite the same punch. Admittedly the song does offer something new, with flashes of invention coming via its shimmering electronics. If you’re looking for the most obvious bit of crowd-pleasing, though, look no further than Your Mom, which with its vocal idiosyncrasies, oddball-cum-politically astute lyrics, and chugging riffs of increasing frenziness, is sure to excite.

From here, proceedings take a less obvious turn. The next two tracks, How Many Times and Rumi, are piano-led mood pieces, which bring a welcome change of pace and tone, though perhaps proved to be a departure too far for Serj’s System bandmates. Whatever the truth, there’s no denying things are dialled back up nicely during closer Electric Yerevan, which wraps things up in garish and grandiose style.

Whatever tantalising ‘what ifs?’ are raised by listening to Elasticity, these songs are too good to be relegated to the status of repurposed cast offs. Instead, with their combination of music, activism and Armenian heritage, they provide a worthy new entry in the catalogue of an artist whose journey has been interesting because of its unpredictability. Cherish this, then, because this is as close to pandering to fans as Serj is ever likely to get. And cherish the man himself, too, while he’s still on planet rock. Because who knows when he’ll be leaving again, and where he’ll be off to next.

For Fans Of: System Of A Down, Scars On Broadway, Deftones

Elasticity is released on March 19 via Alchemy / BMG.

READ THIS: "I mean every word that I say, every lyric that I sing, every noise that I make": Meet the real Serj Tankian