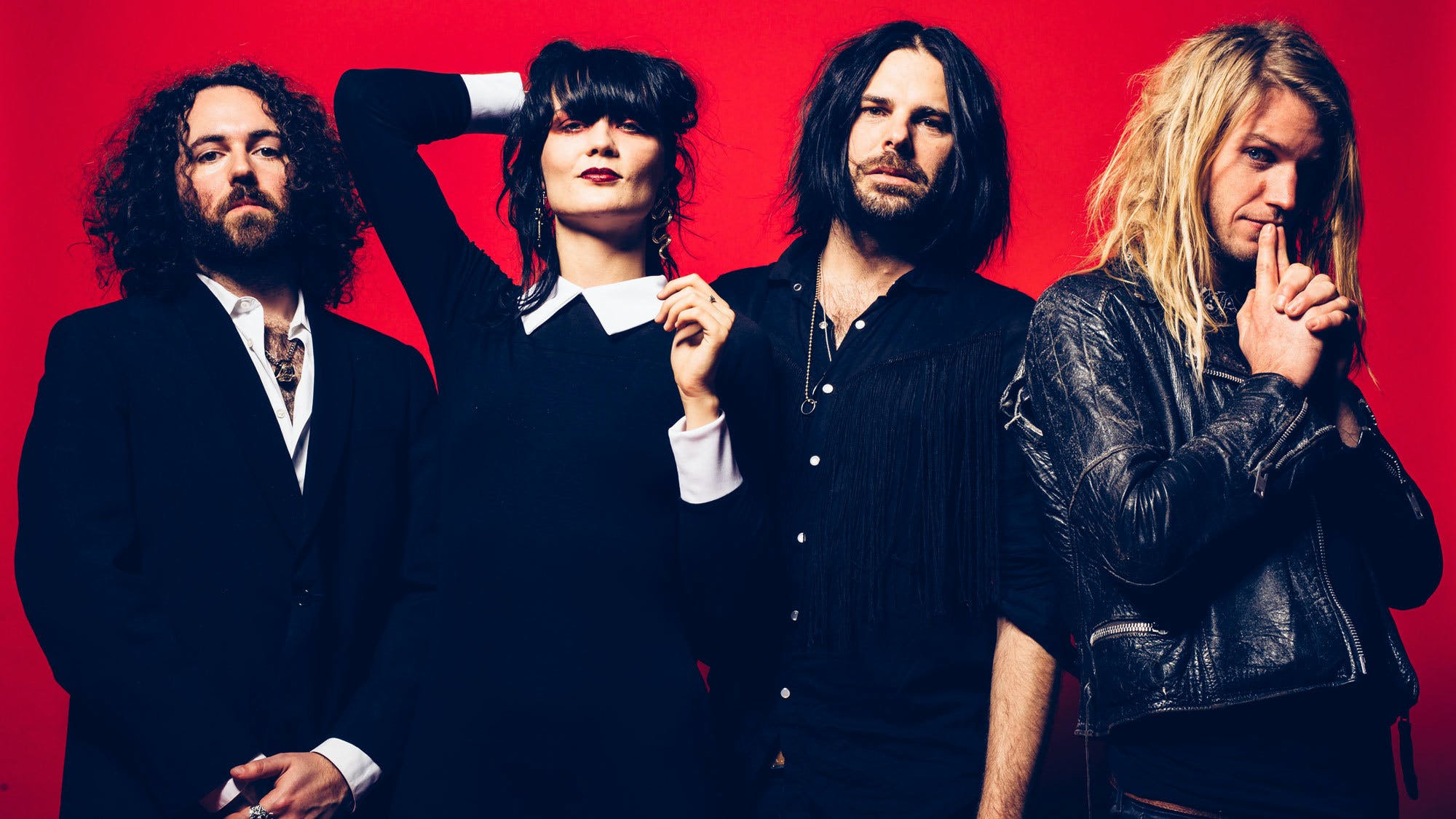 Rising Brit garage-rock crew Saint Agnes release their new album Welcome To Silvertown on Friday. And to celebrate, we've got the video for album highlight Move Like A Ghost for you to watch now. Check it out below…

"Move Like a Ghost is about the way your insecurities creep up on you, taunt you, dance around you…" they explain. "We wanted to portray this in the music video. We found an incredible dancer, Nicole C Watson, who is hypnotic to watch. We had planned something else entirely, but after Nicole did her first run-through, pretty much improvising to the music, we decided to film it as a one-shot. She owned the space and is captivating so we wanted to get in the way of her as little as possible. The simplicity of having one camera, our director Lawrence Hardy moving with her, and an unbroken edit captures Nicole's movements beautifully."

The band have also just announced a headline tour for October…

Saint Agnes' Kitty: "Choose to challenge the people you love, choose the difficult conversation, and we can create something beautiful"

The theme for this year's International Women's Day is Choose To Challenge. Here, Saint Agnes' Kitty discusses why it's important to challenge those you love, even if it feels difficult or easier to ignore it. (Trigger warning: Sexual assault.)

Meet Saint Agnes: The band for those who dare to be different

Misfits, outcasts, outsiders… Whatever you want to call them, Saint Agnes have always lived on the fringes of society, and with new record Vampire, they're aiming for the big time.