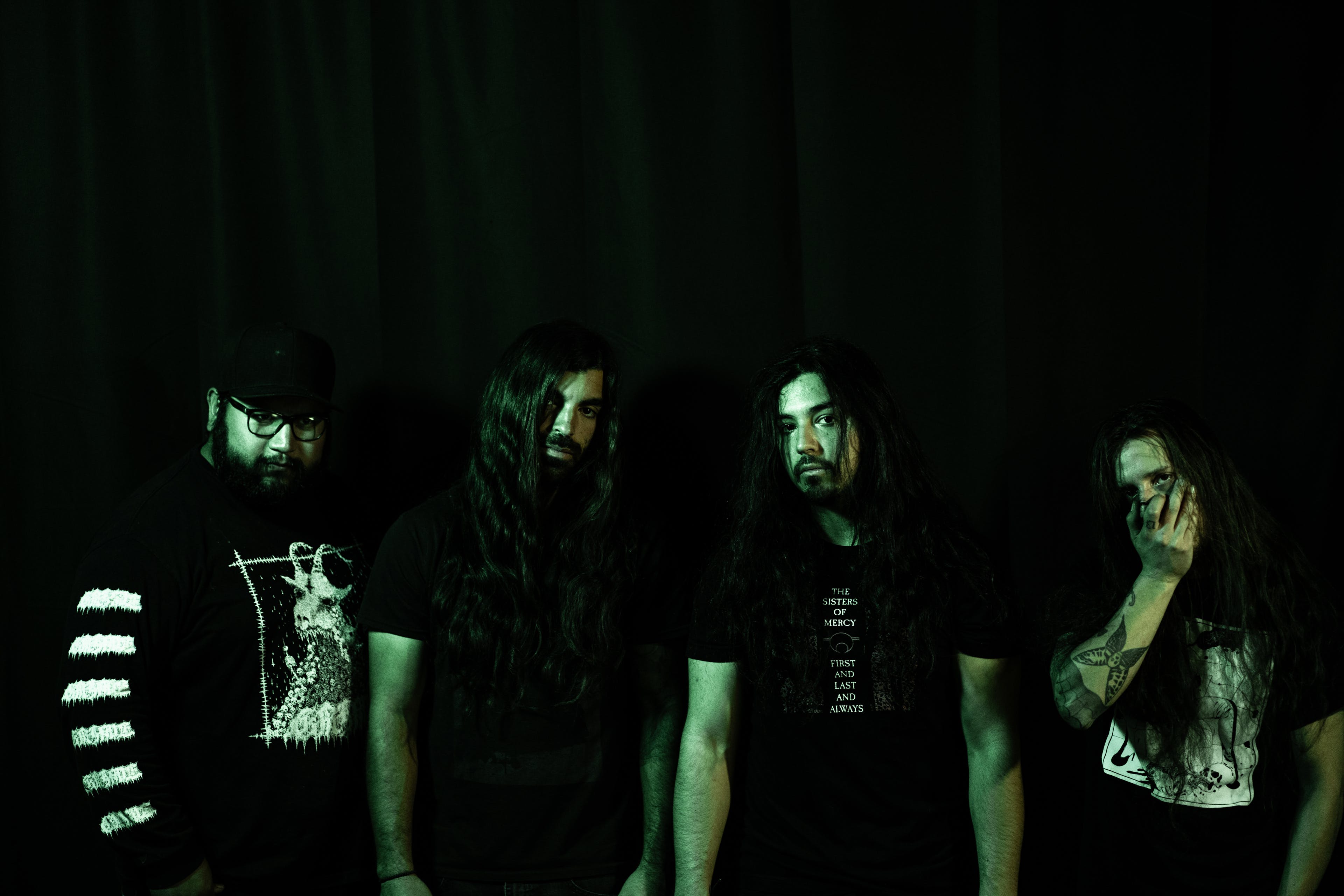 The warm glow of the spring/almost-summer sun is finally breaking down our doors, but that doesn’t mean we have to succumb to it entirely. One surefire way to resist the light is to immerse yourself in the cold gloom of this new video from California sludge/doom metal outfit Trapped Within Burning Machinery. The band formed in Moreno Valley in 2009, and Synthetic Testament is just as harrowing as the band name implies. The song’s heavy, slow-motion riffs march forward with a sinister, sorrowful purpose as vocalist/guitarist Zak Esparza summons Hell with his agonizing, eerie, ice-cold vocals. The video –- which was also directed by Zak –- is equally bleak. A tormented, almost Lynchian piece of footage, it shows the band performing in a room full of TVs blaring nothing but static, a whole bunch of chains dangling from the ceiling and some creepy, robotic mannequin thing. We’re not entirely sure what it’s all about, but it captures the disturbing, doomy and demonic nature of the song perfectly.

Watch the whole video below:

Synthetic Testament will be released by Midnite Collective in the near future. If you watch the whole video –- which you absolutely should –- you’ll notice there’s a "To Be Continued" message that pops up right at the end, hinting that this is merely a deliciously dark taste of more misanthropy to come. And indeed, there’s a second part of the song that will we can’t we can’t wait to hear because we can’t get enough of the sense of eternal damnation that Trapped Within Burning Machinery conjure up . The band –- completed by guitarist Rob Trujillo (no, not that one!), drummer Geoff Jones and bassist Ernie Lara –- also have a new full-length album, entitled A Titanium Hell, in the works and which is due out later this year.

The band will also be touring the US in June. Dates are as follows:

Los Angeles might seem sunny and sparkling from the outside, but these 10 LA bands will show you another side of the city.