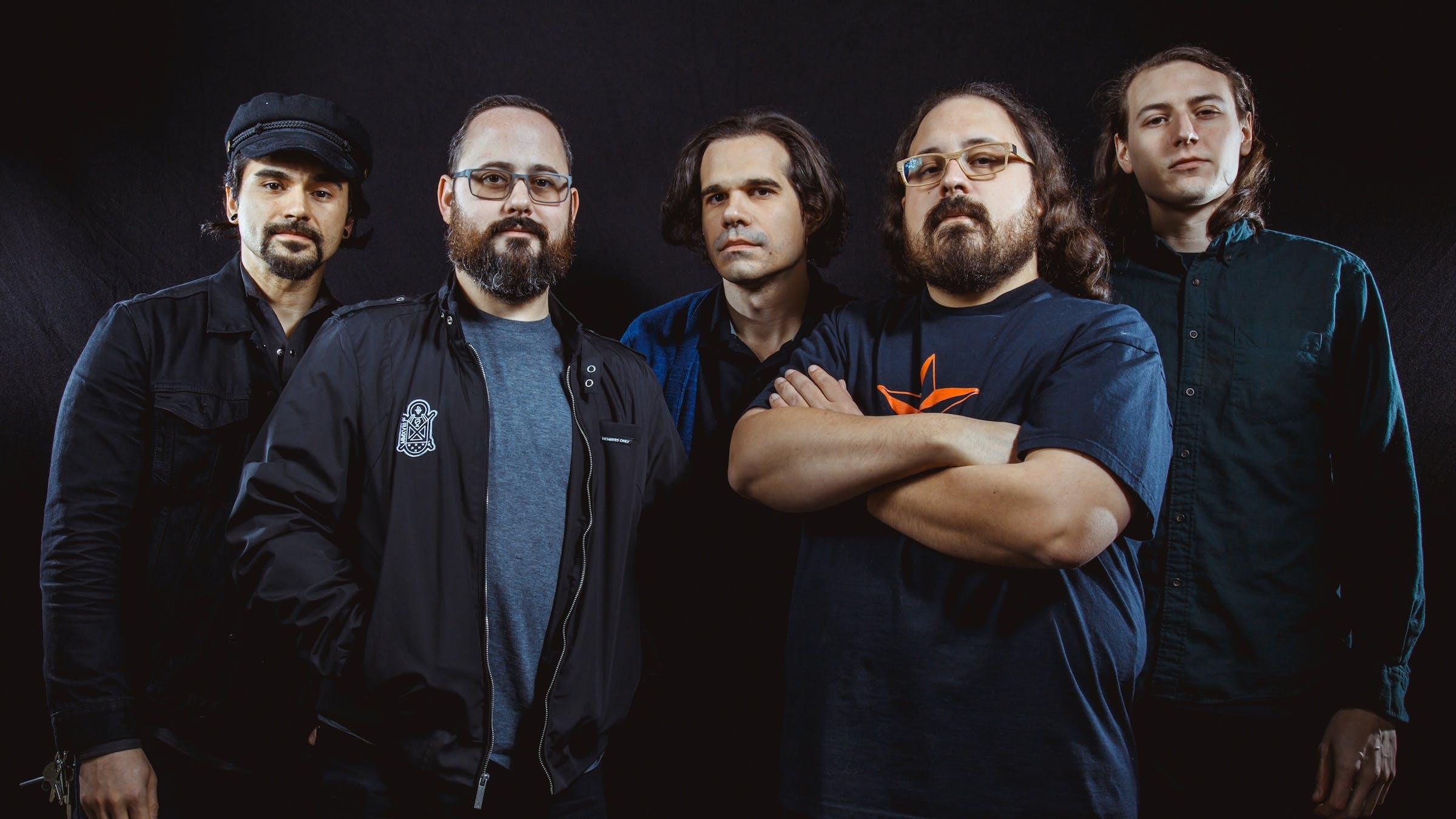 We wish we could pin down what it is about Something Is Waiting that we love. Maybe it's the way they mix chuggy hard rock, shrieking crust, and greasy glam metal to create a sound that's reminiscent of everyone from Today Is The Day and Dillinger Escape Plan to Ministry and Dope. Maybe it's how they perform hostile, chugging crushers with titles like "Fuck In Peace" and "Hippies Became Lawyers". But though their sound is harsh and mind-boggling, the Chicago quintet have none the less managed to capture our hearts and minds with their patented form of driving pissy weirdo metal.

The band's new track, Nikki Lane's Neo Nashville Airbnb, just further solidifies our love for Something Is Waiting. The song, a throbbing industrial-rhythmed rager about, well, which Airbnb the band likes to stay in in Nashville, contains everything that makes Something Is Waiting so oddly appealing. And with lyrics about such riveting topics as, "The Nashville Flea Market's open Friday Night through Sunday/t's kitschy, it's cocky, and Dolly Parton busty", you really can't lose with this one. If the Residents decided to form a metal band, they might write a song like this.

Songs For The Sally Beauty Pavilion comes out on March 29th on Learning Curve Records, though it's already available for preorder.