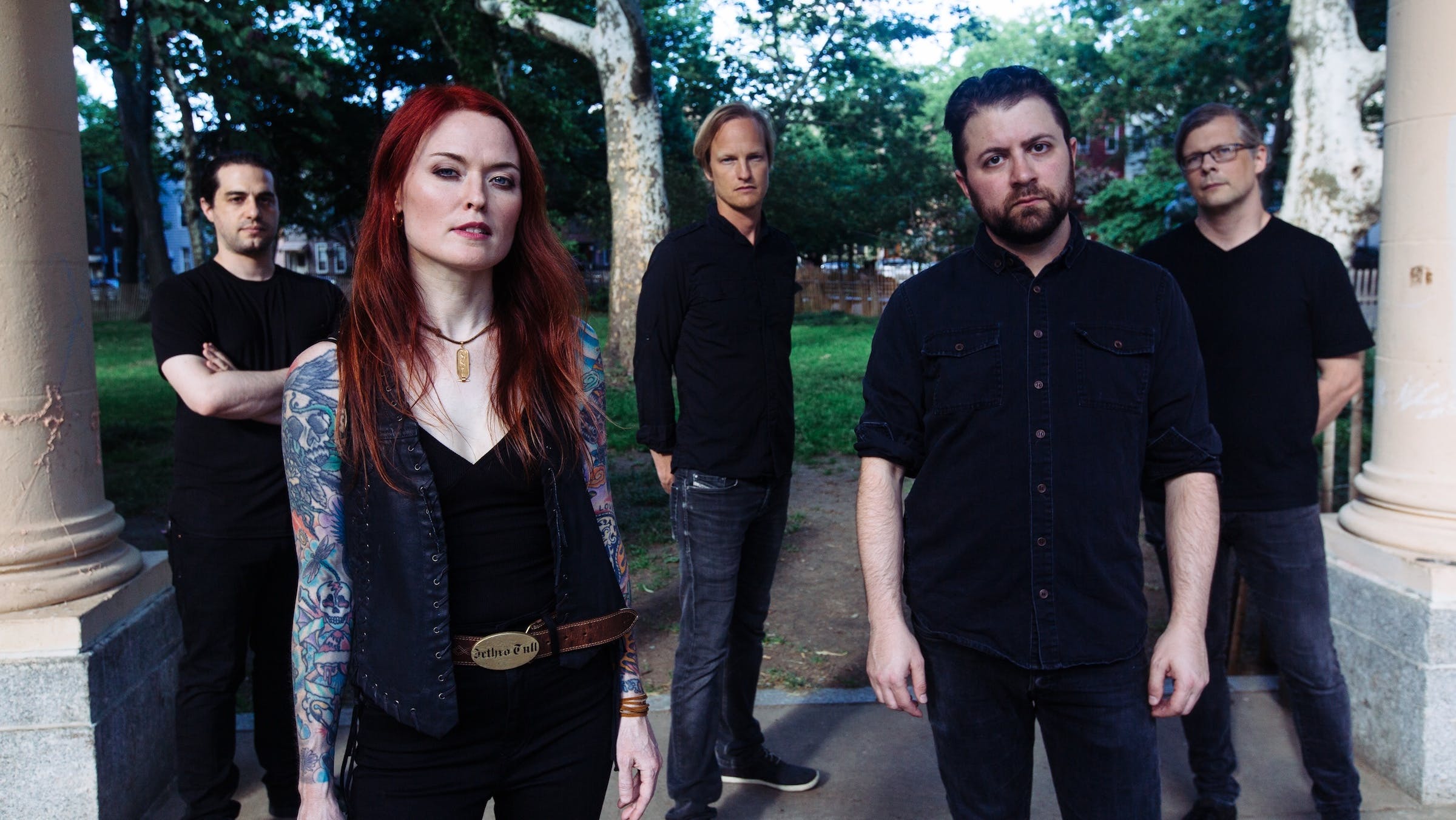 There's something distinctly American to the occultism behind Sabbath Assembly's music. While many bands dabbling in witchcraft and Satan worship seem to grasp for the thorn-choked elements of old Europe, the Texas/New York-based quintet -- featuring guitarist Kevin Hufnagel of Gorguts and Dysrhythmia fame -- instead go for the bluesy riffs and galloping rhythms of classic rockers like Heart and Mountain while channeling the everyday dark spiritualism of the '60s and '70s. The result is devil music with the top down, the kind of spooky ground-floor heavy metal that acts as the perfect soundtrack to smoking a joint in the desert.

This tone is at the surface of the band's latest LP, A Letter Of Red, out this Friday on Finnish label Svart Records. The album is still much the booming doom of the band's later works, and is still thick with black magic overtones, but never meanders along the way many occult rock records do. Instead, tracks like The Serpent Uncoils and Ascend And Descend race forward with hot-asphalt urgency, while ever slower and more atmospheric songs like Weighing The Heart and Hymn Of The Pearl have a cinematic power to them.

"The first four Sabbath Assembly records were representative of the four elements: fire, water, earth, and air," The next three are the Holy Trinity, with the new album, A Letter of Red, the seventh, being the spiritus sanctus -- the record with themes that move in and among the world today. The intent was to create a document of the band's journey to embodiment - still "occult" while fundamentally aware of our surroundings - the tragedies of war, the hopelessness of addiction, the joys and betrayals of family. Ten years in, Sabbath Assembly finds its relevance in its relationship to itself, with members that constantly inspire each other and who have moved from professionalism to true friendship. Our meaning is in the sharing of ourselves with ourselves, and now the world. A Letter of Red is finally a personal document, a love letter, a remembrance of the Self."

Stream A Letter Of Red before its release this Friday below:

Check out the maelstromic cover art for A Letter Of Red:

Sabbath Assembly's A Letter Of Red comes out Friday, April 26th, on Svart Records, and is available for preorder.