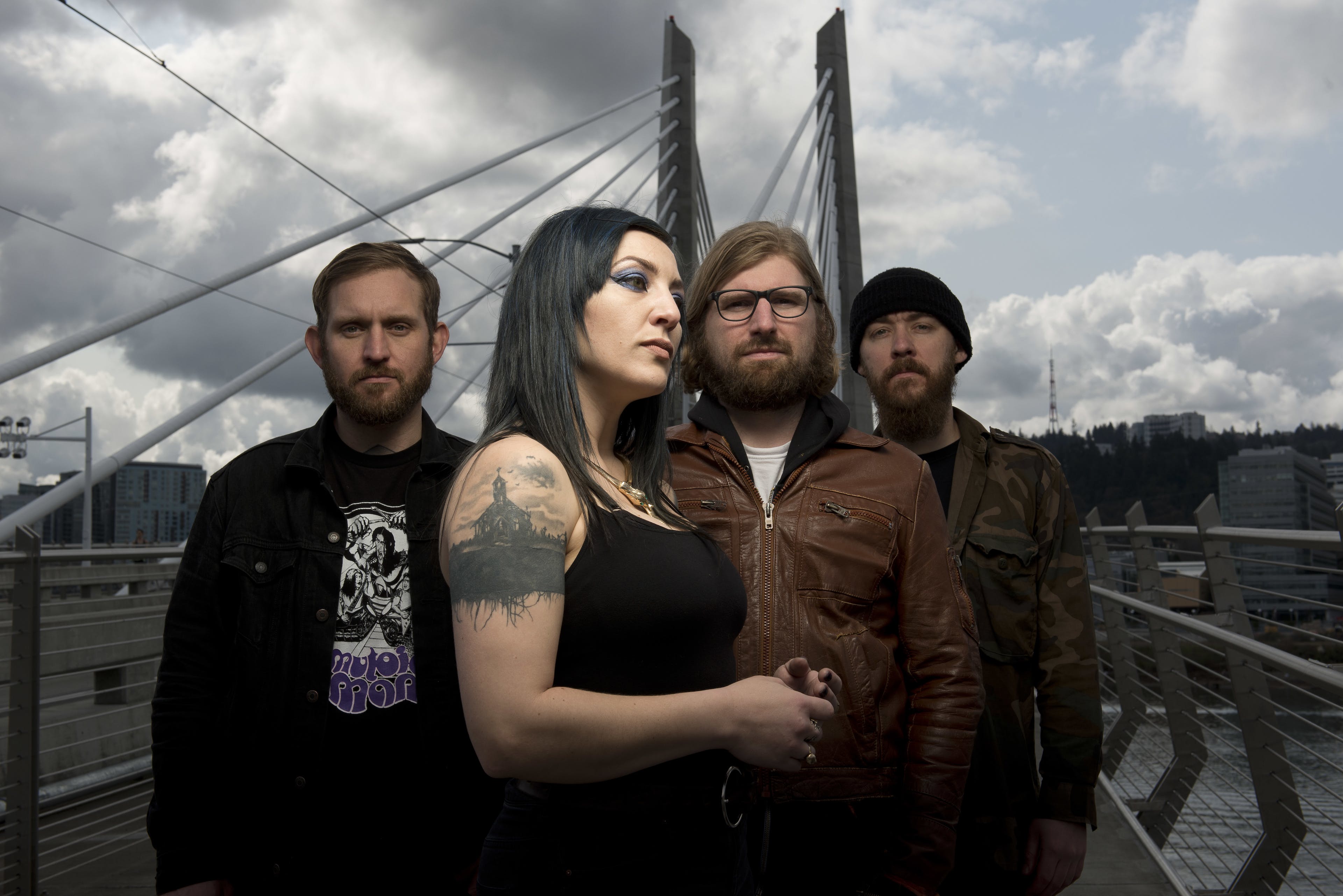 Formed in 2016, Dark Numbers are a kind of who’s who of the Portland, Oregon heavy-music scene. It all started when Ben Stoller from Hot Victory moved into Dan O’Hara from Humours's house. They’d already started jamming together when bassist Kirk Evans (previously of Sioux) asked the pair to start a new project. After brainstorming some ideas, they decided that they should add a vocalist and approached Natalie Lucio (ex-Poison Idea/Cliterati, Vueltas). She said yes, and the band were born. A couple years in, their debut album, If It Was It Would Be So, will be released into the world on Friday.

A stirring blend of sounds and genres, the record’s eight songs blend crunching riffs, spacey atmospherics and a penchant for ’70s and ’80s new wave, fusing the four members’ different influences together to create totally new and exciting. Yet while these songs sound like they were born from a natural chemistry shared between its members, Dan says that wasn’t quite the case.

“I feel like I had something to learn from Ben, Kirk and Natalie,” he admits. “Musically, we had similarities, but we approached compositions very differently. When we first played, it was just me and Ben and there were a lot of opinions. And then it got more complex with Kirk. And then more nuanced and stripped down with Natalie. Not inherent, but learned. I’m a better person from this record.”

While all four members have played (and still play) in other bands, they see Dark Numbers as something that exists both on its own and on its own terms, and separately from what they’ve all done previously. “I wish I could be doing all the things all the time,” says Dan, “but people change and space expands. I owe everything to everyone who has put up with my shit over the years. I’m happy to say that most of those people are still in my life in some capacity, but just on a different path. I’ve learned so much about people through writing music with them. Maybe that’s sheltered, but it’s the bubble I chose to live in. Just don’t ask to hear my first few bands, because I’m not that dude anymore!”

You don’t have to wait until Friday to hear the album, however. You can listen to it right now below and hear exactly what Dark Numbers are all about -- something the band weren’t even sure about when they started. One thing’s for sure, though, and that’s that they made something pretty special. “We put a lot of our collective hearts into this record,” says Kirk, “with no assumptions or preconceived notions about where it will take us. We made the record for ourselves as an exercise in sonic alchemy and being able to trust each other. I don't think that any of us have any delusions of grandeur, or ‘making it’. We just wanted to make a record that speaks to our collective consciousness and moves people.”

If It Was It Would Be So is out this Friday via Nadine Records, but you can preorder it now.