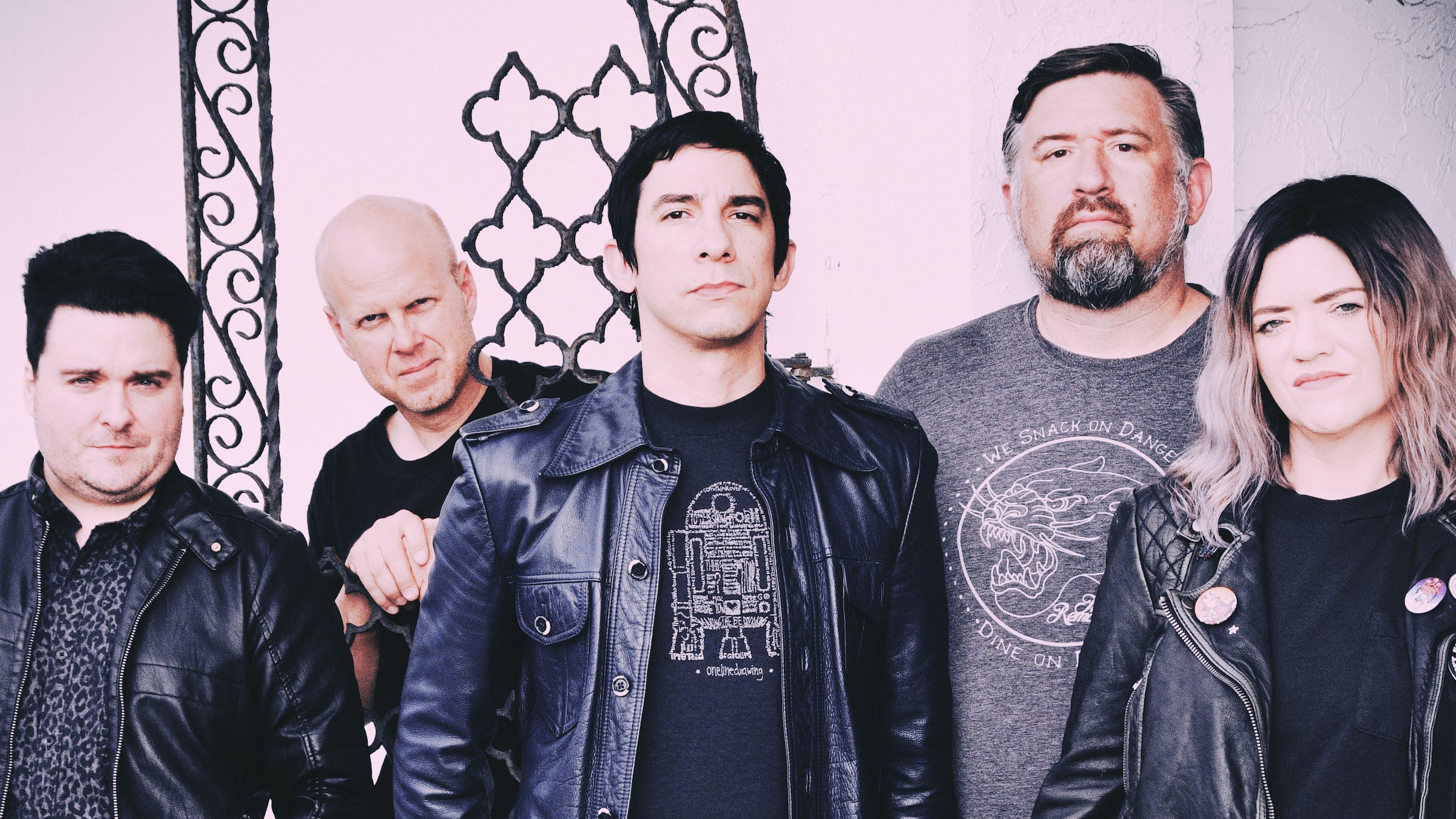 Speaking to The Darling Fire drummer Steven Kleisath, one can’t help but note the dichotomy between his attitude and the band's music. On the one hand, the Floridian quintet’s songs are loaded with dreamy fuzz, haunting riffs, and introspective lyrics about trying to find your way in the world. Steven, on the other, is crackling with enthusiasm when he speaks about the project, to the point where you can almost hear the smile on his face over the phone.

“It’s a completely different direction,” rants Steven. “It’s what’s coming out of us now over a rendition of our group's past. We do want our old fans to know what we’re doing now, but also to understand that it’s something entirely new."

Given the Darling Fire’s collective pedigree, trying to do something new might be their only option. The band features members of acts including Dashboard Confessional, Shai Hulud, As Friends Rust, The Rocking Horse Winner, and Slap Of Reality; attempting to combine those bands' diverse sounds would be an exercise in confusion. Instead, on their debut album Dark Celebration, the Darling Fire goes for a brooding but uplifting sound that combines the shadowier moments of acts like The Smashing Pumpkins and Asobi Seksu with the chuggy momentum of Bush and the Breeders. The result is mysterious, inspiring...and pretty at odds with Steven’s barely-contained excitement.

“As far as what [my bandmates] were capable of, I thought they were all relevant,” says Steven, “and when I heard what they all did, I was stoked to be a part of it.”

When The Darling Fire came together, what came first: did you want to create a band that sounded like this, or did you get a few friends, jam together, and start crafting the sound?

Kind of both. Jolie [Lindholm, guitar and vocals] and Jeronimo [Gomez, guitar] had a sound in mind, and they started mapping it out with writing out songs for demos with programmed drums. I think they even had some songs written without drums. We’ve known each other since the mid '90s when we were all in the South Florida music scene. We were all in bands at that time, like they both used to be in a band The Rocking Horse Winner, who were on Equal Vision Records in the early 2000s. I date back to heavier bands like Shai Hulud and Strongarm. So we all knew each other through the local scene and loosely kept track to each other.

They contacted me about a year ago, asking if I would be down to track and play drums on their music, and they sent me some demos to give me a taste. I listened to the first demo, Omaha, which will be on our debut record out in June, and I loved what I heard. It was very dark and different from the music I remembered them playing. This was a lot more deep and dark, and I was very interested. So I joined them, and we got two more guys: Matt Short [guitar], who they knew, and then Gregg Moore [bass], who had been one of my close friends for over 30 years. They’re all phenomenal musicians. It went from there, basically. Jeronimo writes the concepts and songs, whereas Jolie writes the lyrics and harmonies, and then we all come in and add our own influences. After we re-evaluate everything, it becomes the finished song. So it was part 'We knew you from the past, let’s come together,' and part 'We want you to be part of this if you’re interested.'

When it comes to working with these people that you’ve known for so long, is there something that you were surprised by from them -- maybe that you didn’t know that they had it in them?

They’re all talented and I know all their capabilities. There’s no bar set or anything. I guess we’re all coming out of the last year or two from our own traumatic experiences that we didn’t know about each other [having]. From various negative experiences, even with the title Dark Celebration, it’s like we’re moving on from this dark, bleak period of time into the music that is coming out of us now. It was interesting seeing new music from what Jolie and Jeronimo did before, in that this is heavier and darker. As far as Greg, we were in my first band together. He’s just a monster on bass. The sky's the limit for him. Matt, I’ve known of him the least amount of time, but he’s awesome.

As a drummer, what part of your taste and talents did this band help awaken in you?

Energy. That’s the big thing. When people try to classify and label you, They use terms and subgenres are words like dark and shoegaze, which you don’t necessarily think drummy. You think lethargic. And I definitely had used my style of playing to enhance what’s already there in the music. Some people might think it’s forced, but it’s all natural -- I just want to add some uniqueness or subtly to the music. Like a cool fill or something like that.

Energy being used for music that, as you said, is relatively dreamy but not really high octane, is kind of a cool idea.

That’s what I’m digging about this. I see elements of the darker, noisier shoegaze like My Bloody Valentine, and then we have a bit of hardcore energy of sorts that makes it special. I really love everything about this band. It’s like second family to me. I’ve collaborated on many projects, but this isn’t a project, this is a group. We’re gonna play these songs regularly, tour, all of that. None of these songs are filler. There’s a formula, but every song goes in a different direction. There’s going to be a lot for the listener when they listen to the record in its entirety.

Given that this is a new sound you guys are immersing yourselves in, is there something specifically on the record that you’re excited to introduce fans to?

I think it would have to be the music video for one of the songs. We had a shoestring budget and a small amount of time, and it was northing short of miraculous. Just remarkable. I can’t wait for people to see the video and hear the song. It’s a song called Saints in Masquerade. We absolutely love the way it turned out. I’m looking forward to everyone hearing everything, but because we have a video to accompany it, that’s what I’m most excited about.

Check out an exclusive premiere of the Saints In Masquerade video below:

The Darling Fire's Dark Celebration comes out June 14th via Spartan Records, and is available for preorder.

Make sure to catch the band live at one of the following dates: