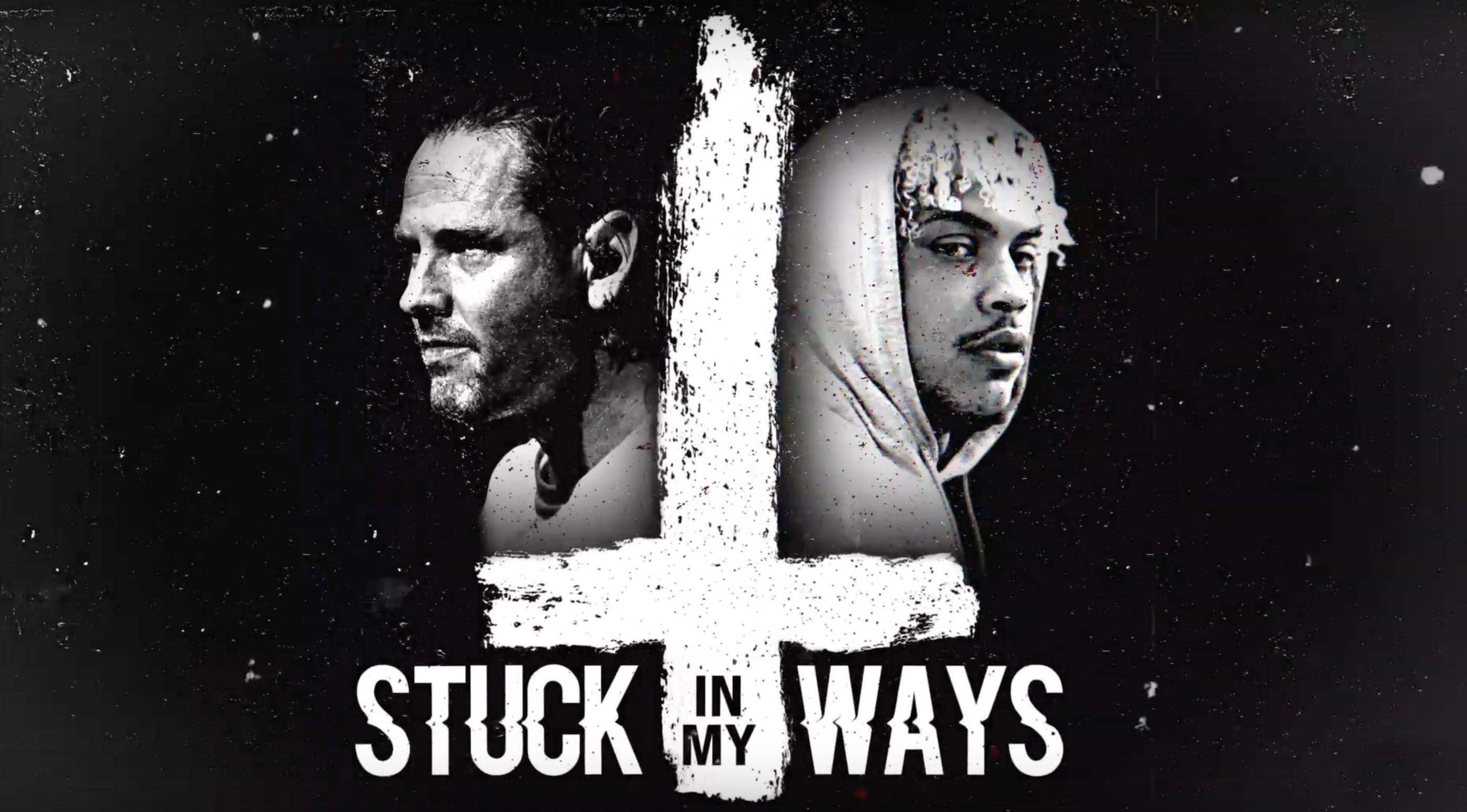 British rapper Kid Bookie recently teamed up with Slipknot's Corey Taylor in for what might be the most bizarre collaboration of 2019. The track Stuck In My Ways made its way on to YouTube and streaming services last month, but now Kerrang! is exclusively premiering the official video.

"I wanted to capture rage, energy, the attitude of a 21st century depressive piece of shit that only cares for the music and music only," Kid Bookie tells Kerrang!. "Merge my favourite sonics and create a five-minute visual madness, set the precedent of being fearless within the bracket of sound. I hope you lot understand that."

The video shows Kid Bookie rapping to camera shrouded in darkness, until Corey pops up on various TV screens... which are then smashed with a sledgehammer by a dude in a Slipknot jacket. And then all hell breaks loose with a distorted guitar crashing in to the mix, and mosh pits opening up around Bookie.

It's all a bit full-on for something that originally started as a brief exchange on Twitter. Kid Bookie tweeted Corey saying “I gotta work with you before both of us leave this earth” before the Slipknot vocalist replied “Let’s talk my friend.”

So the next time you want to work on a collaboration with your metal heroes, just slide into their DMs. It might actually happen!

Slipknot’s untitled sixth album is due for release on August 9. The band are headlining the Saturday night of Download festival in the UK on June 15 – get your tickets now.