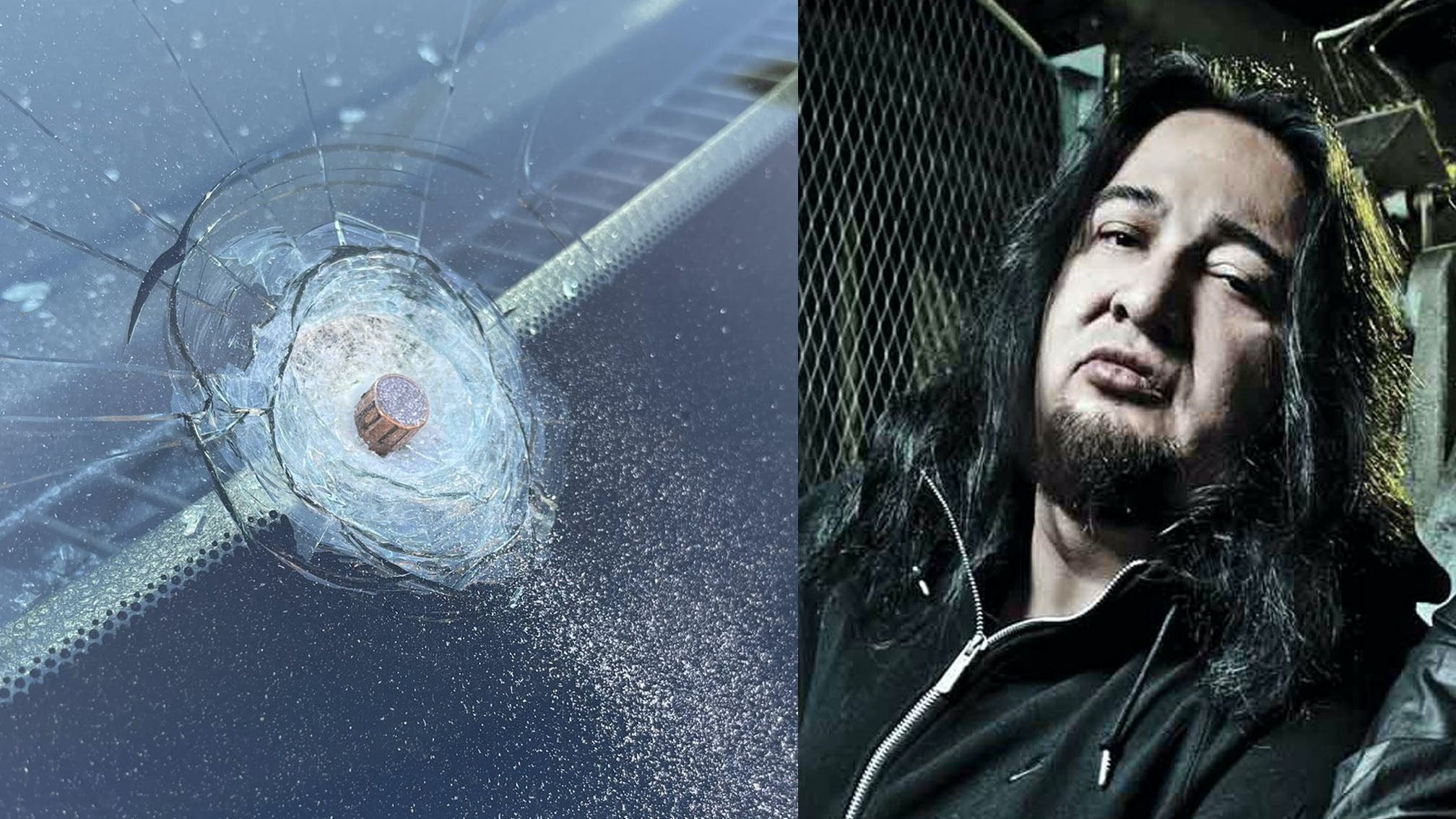 Fear Factory's Dino Cazares got an almighty shock yesterday (January 21) as he has taken to Twitter to reveal that he discovered a bullet in his car windshield.

Posting a couple of photos of the bullet and the damage done, Dino says that the Los Angeles Police Department told him that it was possibly a "45 caliber" gun – it's "a big bullet" – and are now seemingly investigating what happened (it doesn't sound as though Dino was actually in the car at the time, although that's not clear at this point).

Read this: 10 of the best rock and metal remix albums

The guitarist wrote that the police asked him if he has any enemies, to which he "said 'yes' and named three people".

Answering fan questions on Twitter following the incident, Dino explained that the reason the bullet didn't go the whole way through the car's windshield is because "the metal bar that’s part of the frame that holds the front dash stopped it".

Last year, following frontman Burton C. Bell suddenly leaving Fear Factory, Dino revealed of his future plans with the band: ​“I wanted him to stay in the band and let’s continue and let’s go work, that’s how I look at it. We got a record that’s coming out [in 2021]. And when the touring opens up, let’s get out there and work.

“…We got a great record coming out [this] year. It’s too bad that he decided not to stick around, but the door is open for him. So whenever he decides to get past whatever his issues are, I’ll be here waiting. But I can’t wait too long, because when things start opening up, I gotta get back out there and work. I gotta do what every other band does, they gotta move on. So for the meantime, the door is open for him.”

Read this: Burton C. Bell looks back on 25 years of Demanufacture