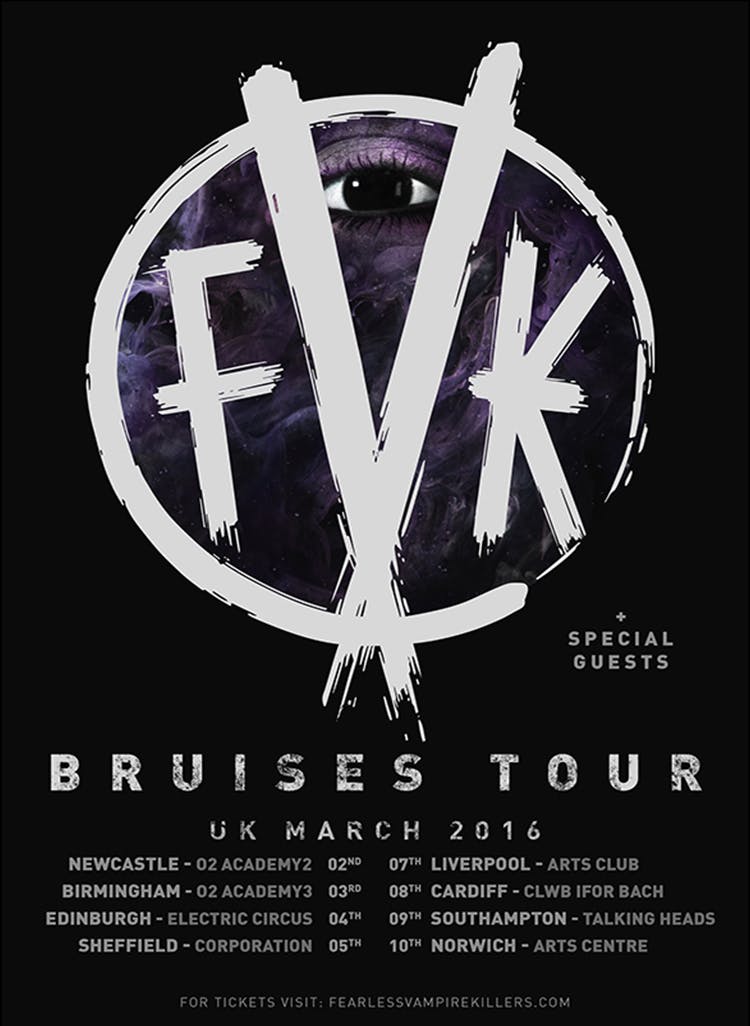 The band will embark on the eight date stint on March 2 in Newcastle before rounding up the tour on March 10 in Norwich – full tour dates below.

Co-frontman Kier Kemp said, “Simply put, we love to play for our fans so the March headline is going to be a nice contrast to supporting. I think we’re starting to find our feet live with exactly how we want to come across so we’re looking to put our mark of the set and give it some great dynamics. That coupled with the fact that we’re going to a couple of places we haven’t been for ages like Edinburgh, means this is looking pretty tasty!”

Tickets go on sale at 9am on December 11 from the Kerrang! Ticket Store!

Don’t forget to check out these 8 Pics Of Fearless Vampire Killers Geeking Out At Comic Con:

The end is nigh!

Check out who will be joining the rockers on their UK headliner in early 2016, we’ve got to say, it’s pretty rad….

Find out what spooks the living crap out of those guys in Fearless Vampire Killers. You would think nothing would scare them, despite slaying…

Want to know what some of your favourite bands were getting up to at Warped Tour UK this year? Check out our best bits from the bash…