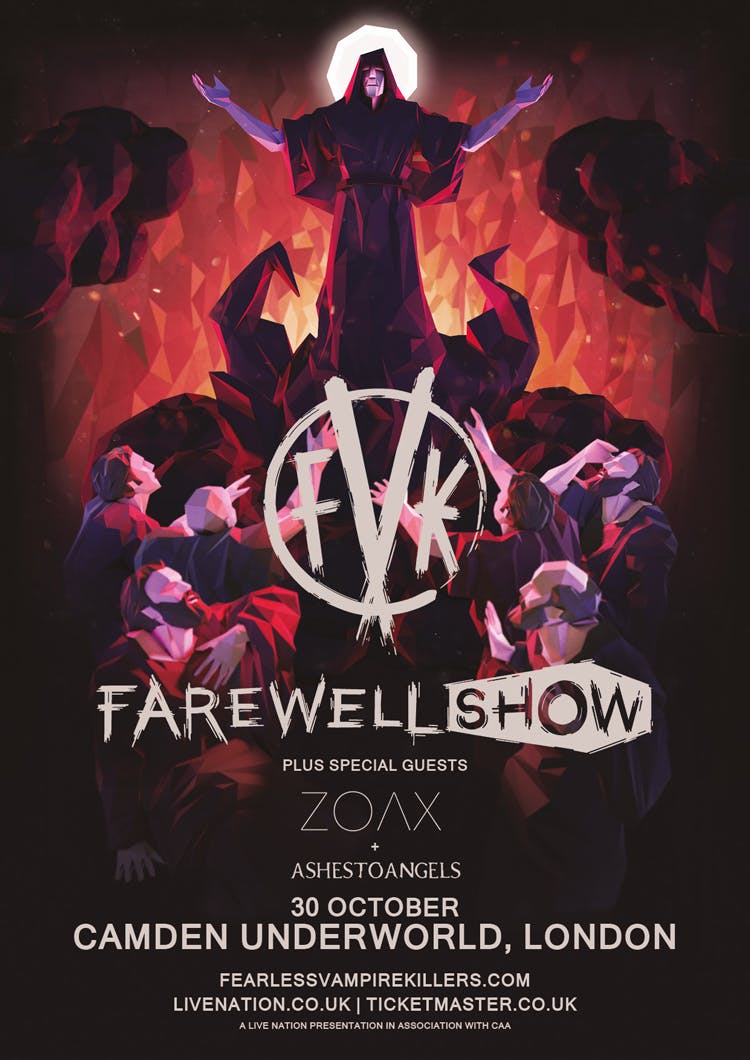 Fearless Vampire Killers have announced their last ever show.

The band decided to call it a day earlier in the month after vocalist, Kier Kemp, announced he was leaving the band. FVK will play one last show in London on October 30 at the Underworld in Camden, with support coming from ZOAX and Ashestoangels.

Tickets go on sale this Friday (July 29) from the Kerrang! Ticket Store.

Fearless Vampire Killers are set to embark on a UK tour in 2016! Another gig to add to your 2016 Wall planners…

Check out who will be joining the rockers on their UK headliner in early 2016, we’ve got to say, it’s pretty rad….

Find out what spooks the living crap out of those guys in Fearless Vampire Killers. You would think nothing would scare them, despite slaying…

Want to know what some of your favourite bands were getting up to at Warped Tour UK this year? Check out our best bits from the bash…