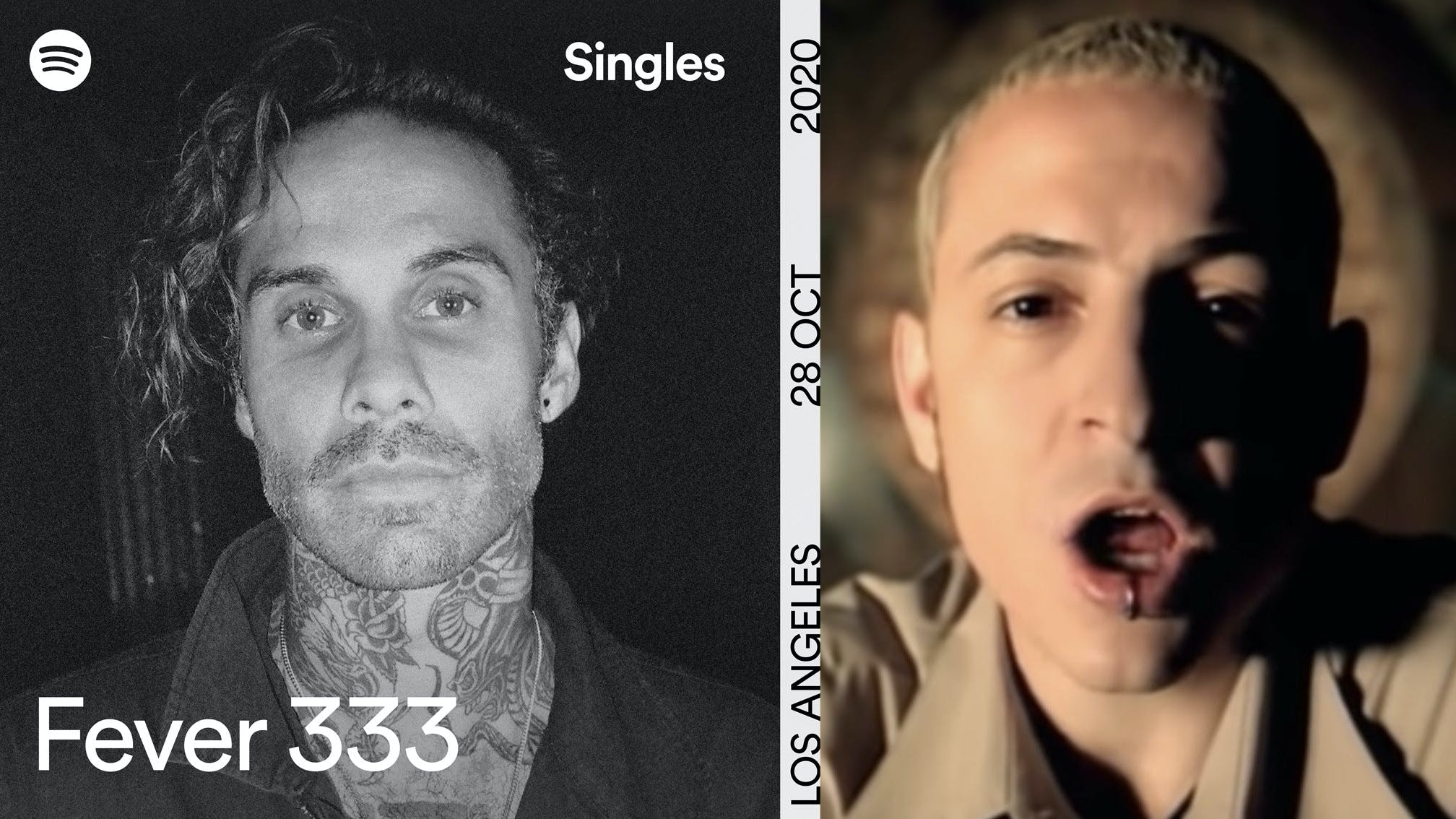 To celebrate the 20th anniversary of Hybrid Theory, Spotify have just unveiled a pair of new Linkin Park covers by two of the rock and alternative world's most interesting acts: FEVER 333 and grandson.

The former have tackled classic hit In The End, while the latter takes on lead single One Step Closer, both housed within a special double A-Side Spotify Singles recording.

“I will never forget that overcast morning in Los Angeles walking from my locker in the F building down the now infamous 11 stair handrail at Westchester High – now of numerous skate vids fame – toward the bungalows that housed my algebra 2 education and being stopped by my only website building homie to tell me of this ‘awesome new band he found called Linkin Park’,” says FEVER 333 frontman Jason Aalon Butler of his discovery of Chester Bennington and co.

Read this: The secret history of Linkin Park’s Hybrid Theory, in their own words

“In The End was the song that made me believe that rap and rock still belonged together. I studied their tasteful marriage of the two styles from that moment on and created my own music with that in mind. I wish I could tell my 14-year-old self that one day I'd receive a DM from Mike Shinoda about him liking my music. I wish even more that I could tell my younger self he'd offer to share his talents and energy with me to make more music. I don't think 14-year-old me would believe it, though. Thirty-five-year-old me still doesn't.”

grandson, meanwhile, says of his love for Linkin Park, as well as his performance for the cover: “I first heard In The End when I was just a kid, illegally downloaded it off Kazaa when I was like 10 and learned all of Mike’s verses. Then 10 years later I played the Forum with Mike in front of thousands of people. Chester is an all-time great, and I could never try and sing like he does. We had to pitch the song down just so I could come close to hitting the notes in this song. I just wanted to try and pay homage and do this incredible song justice.”

Listen to both below:

For more Hybrid Theory, watch Mike Shinoda, Joe Hahn and Brad Delson chat through each track on the record:

Read this: Every song on Linkin Park’s Hybrid Theory, ranked from worst to best