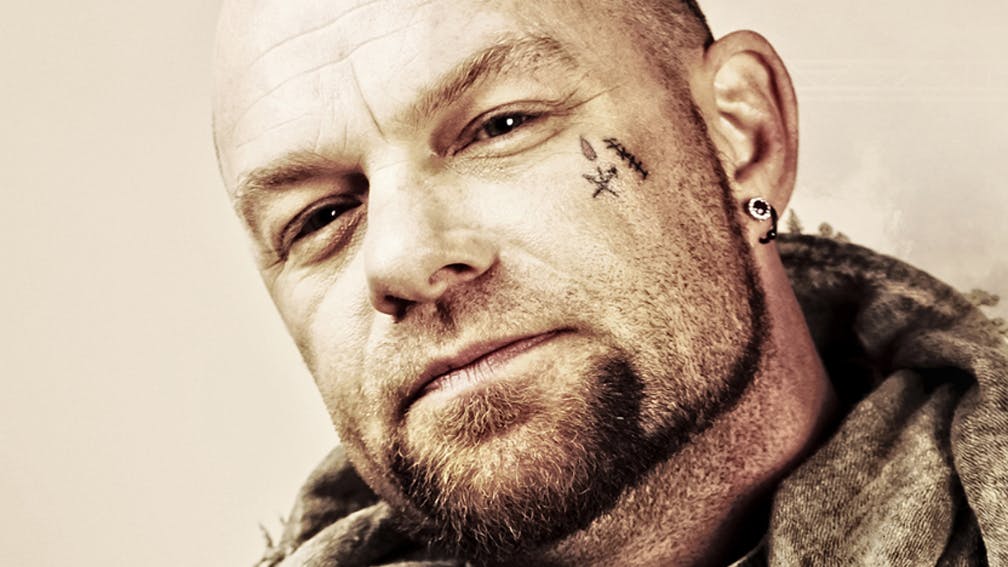 There's a long list of musicians who have taken to social media to air their grievances over everything that's going on in the world right now – from the coronavirus pandemic, to the protests following the death of George Floyd in police custody.

Now, Five Finger Death Punch frontman Ivan Moody has addressed both in a nearly five-minute-long video, detailing his opinions on the situation – while wearing a T-shirt that reads 'Be Fucking Nice' – but also clarifying that they "in no way" reflect those of his bandmates, fans, friends or family.

"As we sit here holding our breath collectively, I figured I'd be the one falling on the sword at this point," he begins, starting off by addressing the fact that COVID-19 has now caused over 100,000 deaths in America.

Read this: "Fuck the system": The rock world reacts to the death of George Floyd

"I'd also personally like to say that I believe that our government – left and right – right now is failing us," Ivan says (via Loudwire). "The country is opening up, I believe, prematurely, and anybody who doesn't see that, I also believe, is oblivious to the fact that this is affecting thousands and thousands of families and lives.

"All of this can be avoided with small preparations – things that were taken for granted. Some of us do it, I'm assuming, because we're just naïve to the fact of human life, I guess. I don't understand it, and I don't see why any of us would look to the people we put in power, at this point, to lead the way when it seems as if they can't lead themselves."

The vocalist then turns to last Monday's horrific death of George Floyd, telling fans: "When it comes to the situation in Minnesota, anyone who's seen that film that doesn't believe that those men should be in shackles awaiting trial for murder charges… I don't think I have to say anything. This is an obvious fucking need for justice. This is something that can't be overlooked. No longer is it geographical, either; it doesn't just pertain to one city. This is a national fucking problem, and it needs to be addressed immediately.

"I come from a household and a family of people that people are people," Ivan continues. "There isn't a definition of a person from their colour or from their race, their ethnic background or their religions. We are American, and we stand as so. So this injustice needs to be rectified immediately."

Addressing the many protests that have since sparked across the globe, however, he warns that "there are a million cops out there right now who have their head in their hand going, 'What the fuck?' because they started doing what they're doing with the right intentions.

"They're good people, they're honourable police, and they would never do such things," says Ivan. "So please don't hold to account an entire section of American people for the few that are really fucking this up."

Read this: 13 records to kickstart the revolution