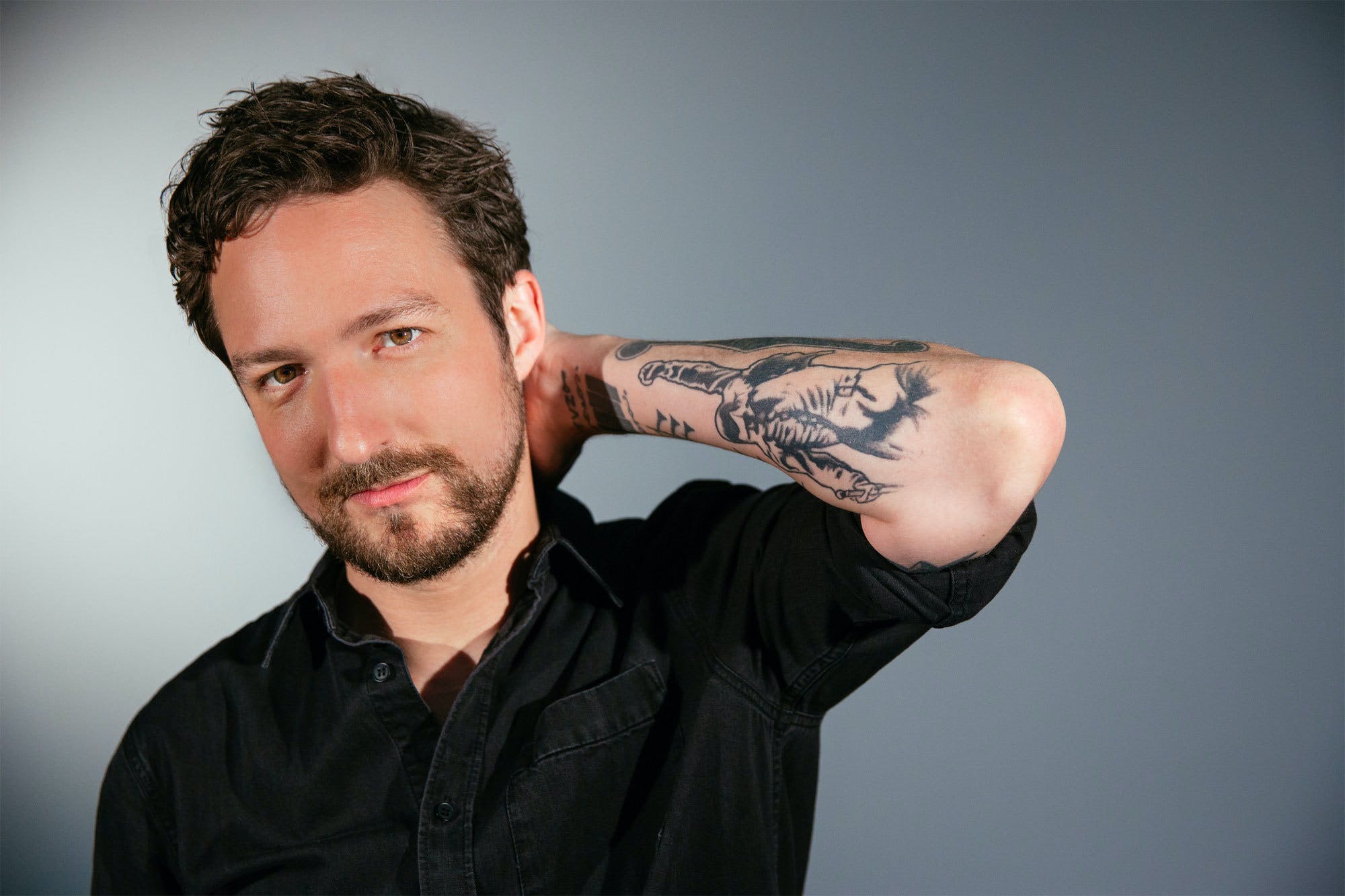 Some might say he’s the antichrist, but punk-folk rabble-rouser Frank Turner just wants to make people dance – when he’s dead. How? Well, take a look at Frank's record collection to find out...

Flanders And Swann – The Hippopotamus Song (1960)

“Even if you’re not familiar with their work, you’ll have heard of this song. It goes: ‘Mud, mud, glorious mud / Nothing quite like it for cooling the blood.’ They’re a group who I’ve come back to much later in life, but my mum and dad used to play this in the car incessantly when I was young.”

The song that makes me think of childhood...

“My parents didn’t really believe in or have any knowledge or awareness of popular music, but I feel like they probably decided to buy a Beatles album for us kids. I can remember Sgt Pepper being on quite a lot, and A Day In The Life in particular.”

The first song I fell in love with...

“Technically, I should probably say The Ides Of March, which comes before this song on Killers. The light-switch moment in my musical development was getting hold of a copy of this album when I was about 10 years old. My life divides into before and after that. It was my first experience of metal and it was kind of my first experience of any kind of rock music. A friend of mine’s older brother had an Iron Maiden poster that I thought was cool so I got one of the cassettes and put it on. I had no idea what was coming and the switch just flipped in my mind.”

The song that inspired me to be in a band...

“After I got into metal, I got into various other bits and bobs, and Nirvana were a huge deal when I was, like, 12 years old. I enjoyed Nevermind but there was something about In Utero that made me want to be in a band. It sounded like the kind of noises that I could make because it was so raw and so unprocessed, sonically. I could pick any song off this record, but when that opening track hit, it immediately made me want to be in a band.”

“It sort of pains me to admit that this was the first song I learned, and at the time I thought it was by Guns N’ Roses. But it only has three chords in it and so when I learned those I felt like I had mastered the song. And this was before I even had my own guitar – a guy at school let me play around on his. I’m not sure it sounded particularly good and I’m guessing it probably didn’t, but the three chord shapes came easily enough to me.”

The song that got me into trouble...

“This was an attempt to write an atheist hymn; to put forward a positive case for it because I feel it’s quite life-affirming. I’m not interested in converting the world, but some people got irritated about it. We had a religious picket outside a show once. One guy was shouting, ‘Frank Turner is the antichrist!’ which I enjoyed.”

The song I wish I had written...

“I have to pick this one. It’s just such an incredible piece of literature and it’s an endlessly complex piece of music. And it doesn’t really have a chorus, which I love. Bruce was only 25 years old when he wrote it, which is madness.”

The first of my songs I heard on the radio...

“This is a wonderful memory. When I was in Million Dead, we sent a copy of this to John Peel at the BBC. We tuned in the following Monday to listen to his show and he opened it with our single. We thought that maybe somebody had accidentally switched over to the CD player and pressed play.”

“This is cheesy, but I was so obsessed with Mineral, and in particular with EndSerenading, and my first proper girlfriend and I used to listen to that record a lot and sort of believed that love was perfect and real and tangible and all the other kind of things you believe as a teenager.”

“Like most music nerds, I have an extensive funeral playlist coming together, but the absolute final number has got to be this. It’s a fantastic song about how life is short and I’d like people to put on their dancing shoes when I die.”