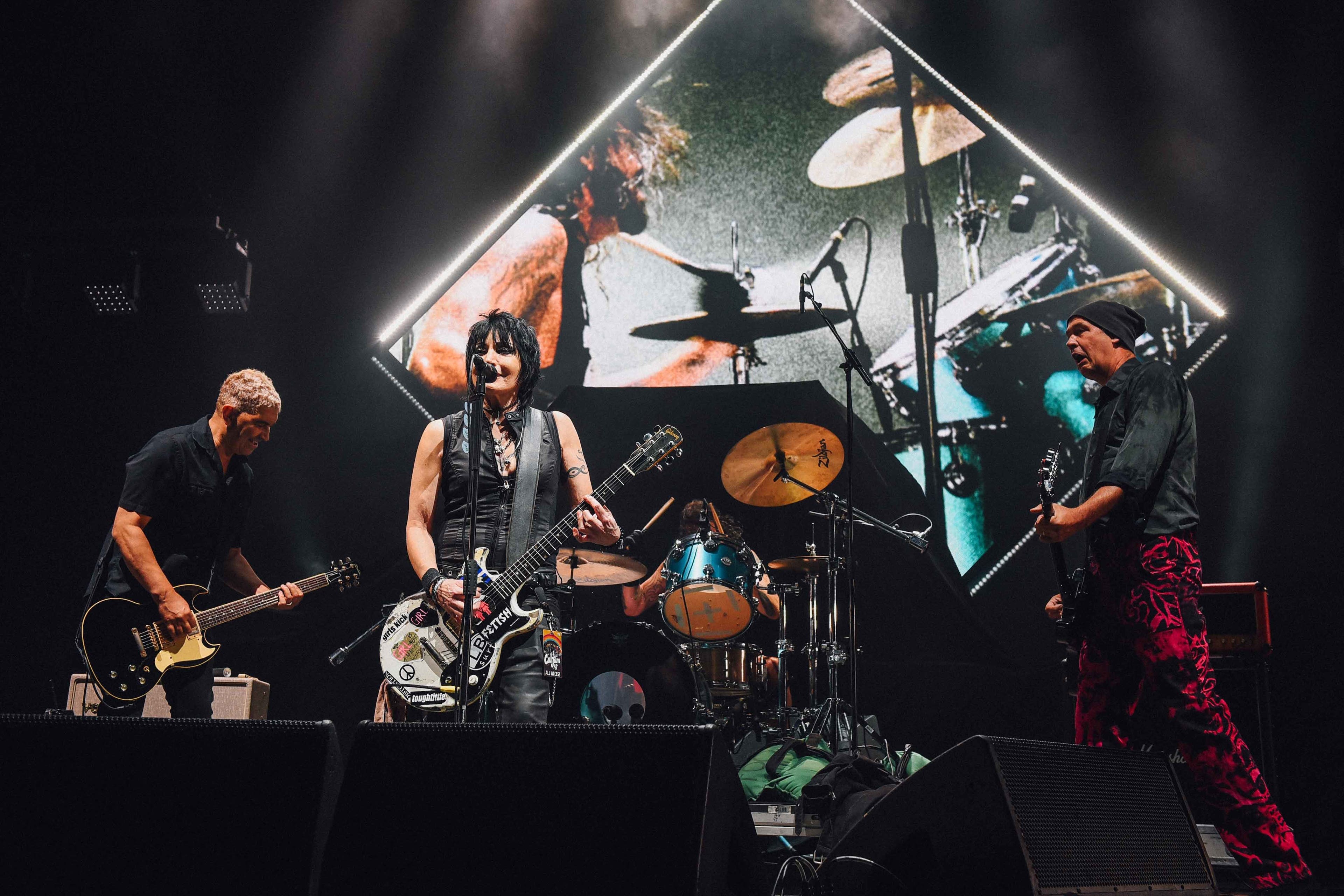 When Foo Fighters’ vocalist and guitarist Dave Grohl said they were going to go “all the way back” with their song selections at the beginning of their two-hour set at Cal Jam ’18 festival in San Bernardino, California, on Saturday, October 6, concertgoers suspected the finale was going to be particularly unique.

Much to the audience’s satisfaction as Foos capped off This Is A Call from their debut album for their close, Dave re-appeared on a live video feed in drummer wear with Nirvana bassist Krist Novoselic, Foo Fighters guitarist Pat Smear, Deer Tick’s John McCauley and the ‘the biggest rock’n’roller around’ according to Dave, Joan Jett, for a rare and historical Nirvana reunion and six-song performance. Yes, the rumours were true.

Foo Fighters sent out tweets earlier this week before the rock-of-all-natures music event, teasing a possible Nirvana reunion with two performers who joined Nirvana onstage – John and Joan – for their April 2014 Rock And Roll Hall Of Fame induction in New York. The Cal Jam show was only the second time Nirvana reunited to perform their songs since the late Kurt Cobain’s death in 1994.

The temporary supergroup opened their set with John on vocals and rhythm for Serve The Servants and Scentless Apprentice. The audience started generating more movement and noise when the first few notes hit the amps for his last song In Bloom, before Joan took the stage.

“I’d like to thank Nirvana for this incredible opportunity,” John said, turning to Dave and Krist.

Joan Jett followed with a hard-hitting Breed, Smells Like Teen Spirit and All Apologies, which featured Brody Dalle on bass while Novoselic played the accordion.

Photographer Oliver Halfin was on hand to capture a few moments from the set for us: