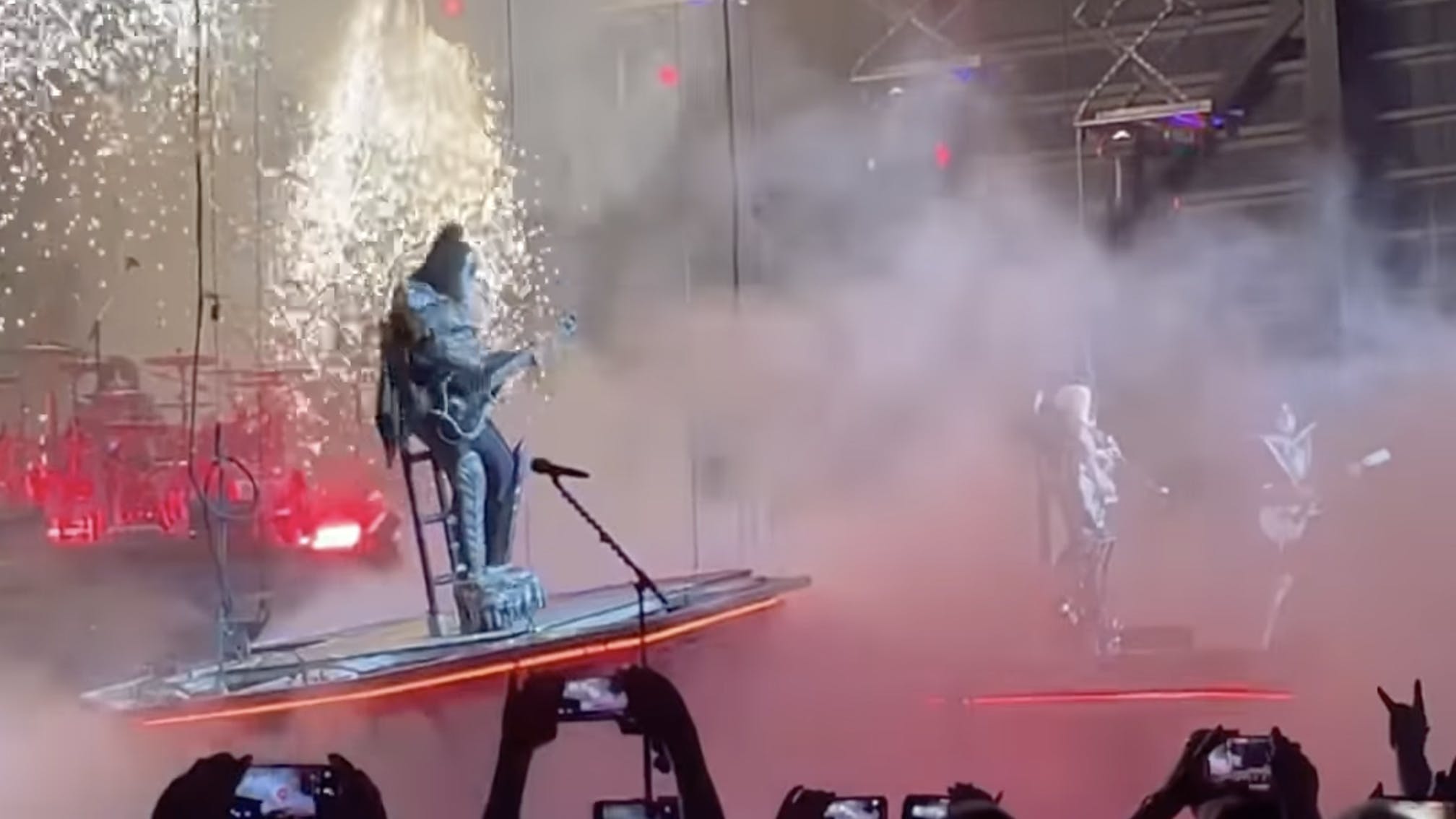 Gene Simmons has shared that he "still risks safety to do what no-one onstage has ever done" after a Spinal Tap-style incident at a KISS show in Florida.

On October 9, the rock icons were taking to the stage at Tampa's MidFlorida Credit Union Amphitheatre, descending on individual platforms to open the show while performing Detroit Rock City. But while frontman Paul Stanley and guitarist Tommy Thayer triumphantly came down on theirs without a hitch, the bassist's own platform didn't seem to lower properly, becoming uneven mid-air.

The 72-year-old managed to stay pretty steady himself nonetheless, holding on until the staging was stable and began lowering to the ground – though videos of the incident show that, even then, it wasn't the smoothest exit for Gene.

After the show – which went off as planned following the opening incident – Gene tweeted: "We are committed to you and to putting on the greatest on Earth… even though it’s not always as safe as we want it to be."

See videos of the moment below:

As The End Of The Road tour continues through America, Gene also recently tweeted: "Yes, kiddies. The big bad man still risks safety to do what no-one onstage has ever done. Every show… For your honor! (Atlanta concert – Keith Leroux photo)"

KISS will headline next year’s Download Festival alongside Iron Maiden and Biffy Clyro.

The Pennsylvania stop on KISS' End Of The Road world tour has been postponed after frontman Paul Stanley tested positive for coronavirus.

"Another reason to love Green Day!" Watch Billie Joe Armstrong and co. cover KISS classic Rock And Roll All Nite on the opening night of The Hella Mega Tour.

Square Enix and Eidos-Montréal have announced details of the new Marvel's Guardians Of The Galaxy game on PS5, PS4, Xbox Series X|S, Xbox One and PC – with a "killer ’80s soundtrack" featuring KISS and Iron Maiden…

KISS' Paul Stanley says "there isn't a real reward" for classic bands putting out new material as most audiences just want 'the hits'.

The 13 greatest uses of cowbell in rock and metal

Sure, it’s the kooky outsider of rock percussion, but what exactly are the greatest cowbell appearances in heavy music?