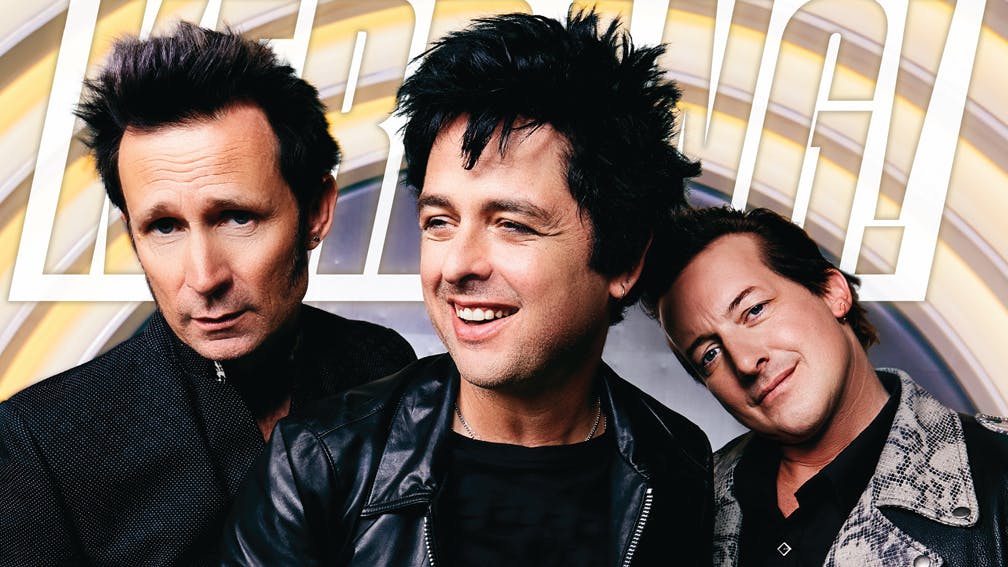 Surprise! After “lying through their teeth” in order to keep their plans under wraps, Green Day are finally ready to lift the lid on their brand-new album. But when they invited Kerrang! to join them in California for the grand unveiling, we couldn’t have been prepared for what we’d find…

Plus, you'll no doubt know that here at Kerrang!, we love the work of WeThreeClub – whether they're channelling their talents into killer artwork for Metallica, Biffy Clyro, Good Charlotte or, indeed, Green Day, for this week's killer art print. Check out more of their stuff at WeThreeClub.com!

Elsewhere in the issue, Sleeping With Sirens frontman Kellin Quinn tells us all about how he quit booze and rediscovered himself, LINGUA IGNOTA fights abuse with 2019's most cathartic release, and Don Broco lift the lid on recording an epic new single, Action, with all of their mates – and what else they've been up to…

In the reviews section, Jonathan Davis opens his heart and fights through the pain on Korn's darkest record to date, while Chelsea Wolfe isolates and rediscovers herself on her haunting sixth album. On the live front, Slipknot prove they're still the kings as they give America a kicking, Laura Jane Grace and Frank Iero set pulses racing in Scotland, and Aussie garage-punk crew Press Club start the party in the Midlands.

There are also six awesome posters, featuring A Day To Remember, Palaye Royale, Asking Alexandria, As It Is, blink-182 and Tool!

All this and more is available in the new issue of Kerrang!, which you can get anywhere in the world through Kerrang.Newsstand.co.uk. But for UK residents, it hits the shops on Wednesday, September 11 from all good newsagents.