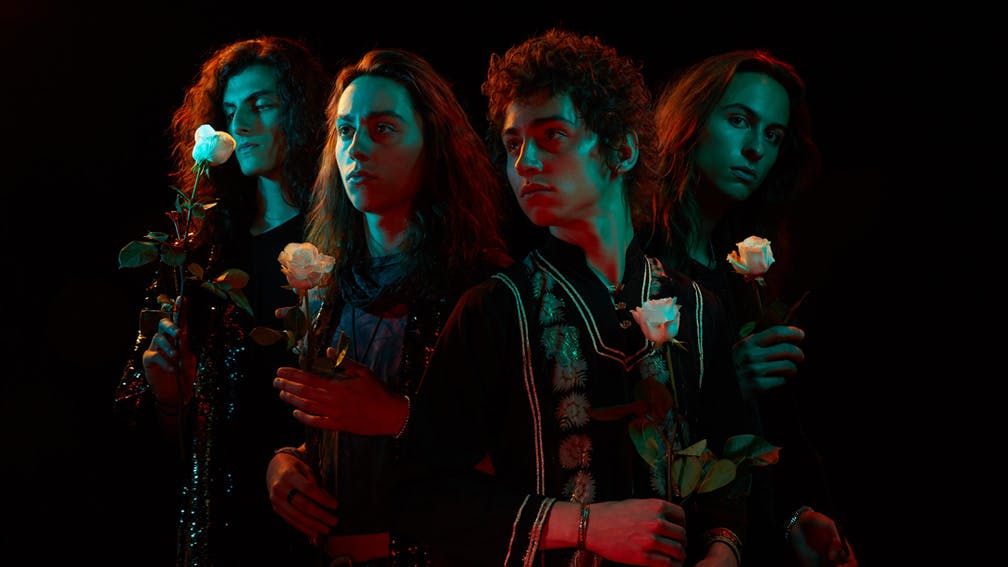 It's been a somewhat tricky 12 months for Greta Van Fleet, who've been juggling the thrill of worldwide acclaim with the worry of illness and cancelled gigs – even admitting back in February that their constant touring has been "both invigorating and exhausting".

Now, though, as the Michigan group look to wrap up another massively successful year as a band with several remaining live dates, thoughts are turning towards next year – and that highly-anticipated follow-up to their Anthem Of The Peaceful Army debut.

“It’s intended to be a full release, a full album," frontman Josh Kiszka tells Kerrang! of the record. "For about two months in the heart of the summer of this year we really poured everything into the writing and recording, and we’re hoping that sometime earlier next year we’ll be able to put it out. We’re super excited about it.”

When asked if Greta Van Fleet feel as though they have something to prove with this release, Josh replies: “Honestly, the way that we approach our music is that we’re writing it for anybody who has any reason to listen to it (laughs). We’re creating something simply for the sake of making a work of art that we’re proud of, that we ourselves like to listen to. I don’t think we set out to prove anything, particularly, but to point out some things about the world and our society. There are some of those elements to this album. And it’s the next step I think, in the evolution and the sound of this band.”

Read this next: How Greta Van Fleet are dragging retro rock’n’roll into the future

We've got a huge new interview with Josh in the new issue of Kerrang!, which you can get anywhere in the world through Kerrang.Newsstand.co.uk. But for UK residents, it hits the shops on Wednesday, November 27 from all good newsagents.