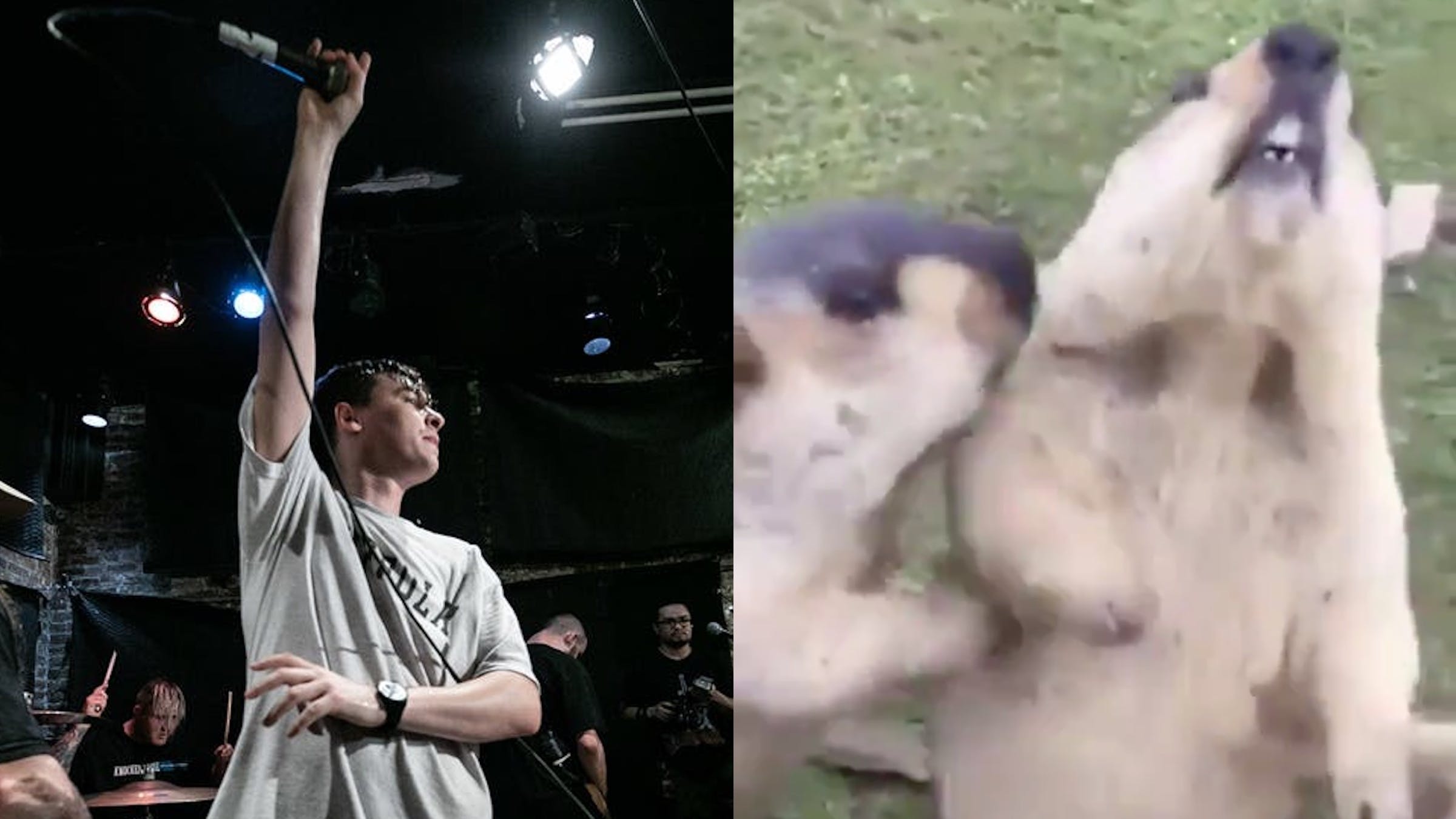 Look, life is hard. The world's a harsh and unforgiving place, most humans are monsters at heart, and not nearly enough people are listening to the Misfits right now. Sometimes, it feels like the universe has it out for us all. So here, to hopefully offer you a break from the ills of the world, are some groundhogs moshing to Knocked Loose.

There. We hope we've made a difference.

The video in question was created by Buzzfeed writer Tim Unkenholz, using the Knocked Loose track Mistakes Like Fractures. Listen to the full song below and know where these giant rodents are coming from:

It's been a bang-up year for Knocked Loose. Besides releasing their massive sophomore album A Different Shade Of Blue (produced by Fit For An Autopsy's Will Putney) to widespread acclaim, the band played to a select group of fans in a tiny dive bar at our Brooklyn K! Pit and made a surprise appearance at a Bernie rally in their home state of Kentucky. All of which is well-earned -- Knocked Loose's energy and ethos are what have earned them the title of the most exciting American hardcore band right now.

If you want to mosh like a woodchuck live, you can catch Knocked Loose on their upcoming tours at one of the dates below:

READ THIS: The 21 hottest live bands on the planet right now

EP review: Knocked Loose – A Tear In The Fabric Of Life

Knocked Loose debut surprise animated film and EP, A Tear In The Fabric Of Life

Knocked Loose tackle "extreme grief and the levels a person is willing to go through to get rid of it" with their surprise new short film and EP.

Knocked Loose are teasing something: 'I am with you now'

Are Knocked Loose about to follow-up 2019's A Different Shade Of Blue with some brand-new music?