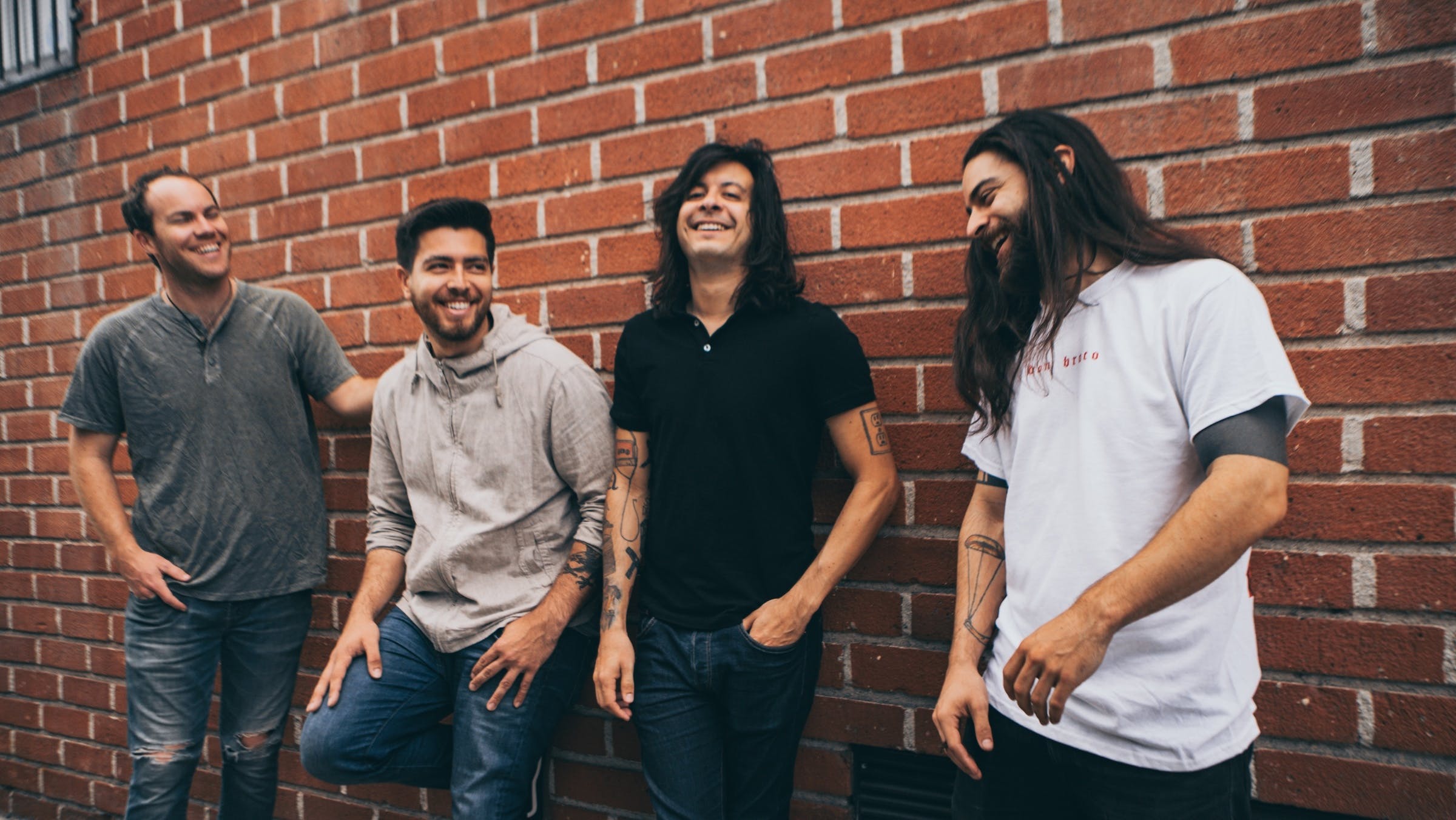 Throughout his career, Hail The Sun singer and drummer Donovan Melero has sung his fair share of traditional love songs. Since the band's 2010 debut POW! Right In The Kisser!, the Californian progressive post-hardcore quartet have explored the ins and outs of both successful and disastrous relationships. So for the band's new single Devastate And Recalibrate, Donovan took a new perspective: that of the lover in a blissful union...who just knows everything will go horribly wrong eventually.

"We’ve heard, and I’ve written, songs about relationships and how it feels in the moment," says Donovan. "I wanted to come at this one with a little bit of a twist, in the sense that in the song, in the moment, everything is fine. Everything’s going swimmingly. But the person, the character, is thinking about what they’re going to have to do when this person loses interest."

The video for Devastate And Recalibrate takes an honest -- and slightly humorous -- look at this sort of relationship. The video features Donovan as one half of a beautiful, beaming couple...only for every sparkling grin on his significant other's face, he wears a look of hapless, sinking despair.

"I’ve done the [traditional love story] before, and I was looking for inspiration," he says. "And I was thinking, somewhat personally, about a situation that I’ve had where things are going really really well, but I’m thinking, ‘The odds are very good, that you will no longer want to be involved in me. Whether it’s something I do -- which is often the cause -- or something that happens.’ With this song in particular, I tried to magnify it. Like, ‘Make sure it stings so bad that I know it’s done. Kill all hope.’"

Check out our exclusive stream of Hail The Sun's Devastate And Recalibrate video below:

Make sure to catch the emotional roller coaster of Hail The Sun's live show at one of the following dates:

READ THIS: Exclusive premiere: Hail The Sun's new video for The Stranger In Our Pictures

Exclusive Premiere: Hail The Sun's New Video For The Stranger In Our Pictures