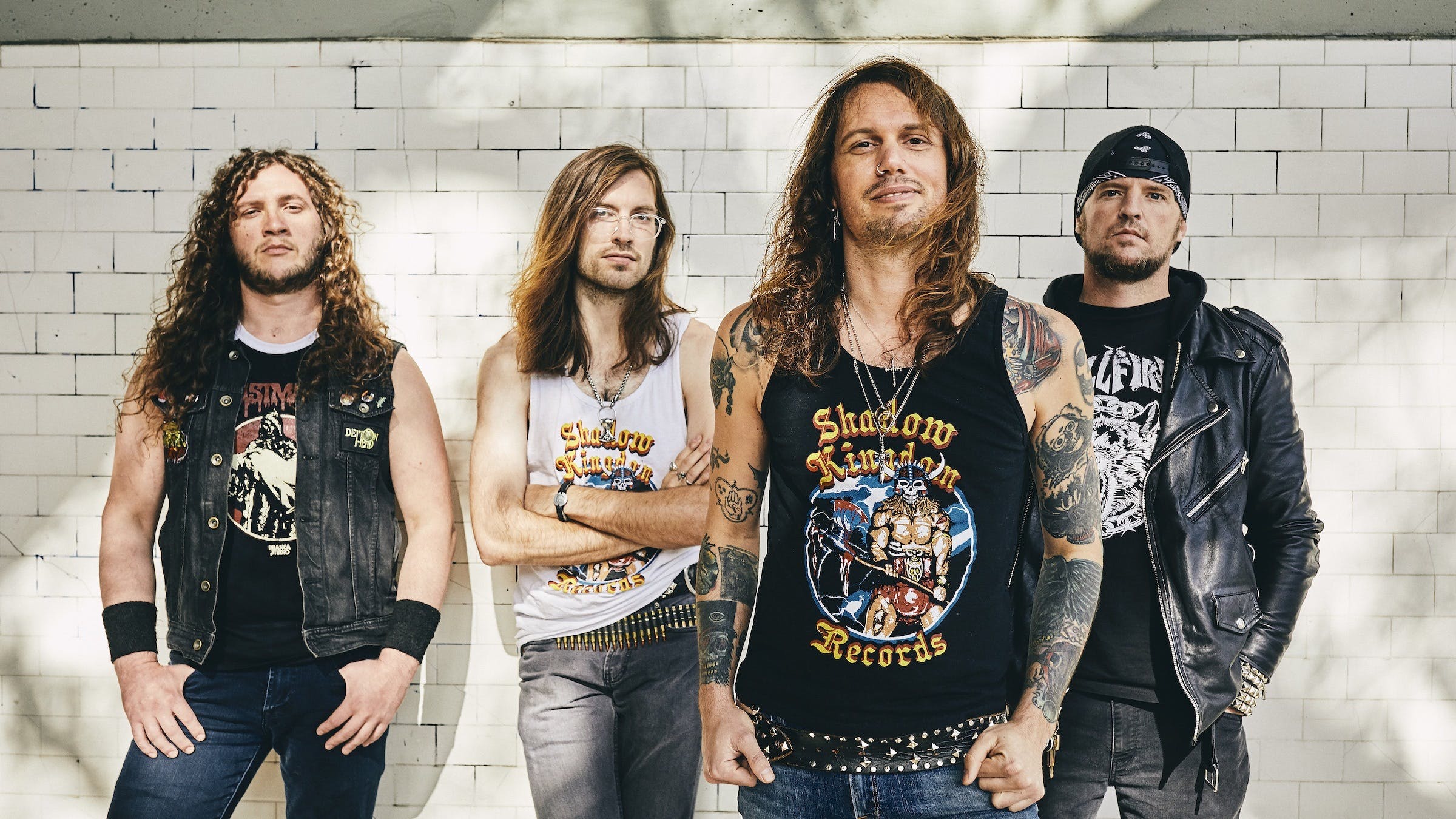 In the past, Fresno trad-metal heroes Haunt have kept their music fast and loose, always slightly unhinged even while they wrestle their old-school battle riffs into perfect place. This is what has set the band apart from typical throwback bands, whose classic metal style sometimes feel more like a costume than a passion while Haunt's modern speed metal feels pure and new. But with each album and EP, the band makes their style more elaborate and now with January’s Mind Freeze Haunt seem poised to release something both heavy as hell and hugely accessible to audiences all over the world.

The album’s opening track, Light The Beacon, seems to suggest that Haunt are officially taking things to a new level. The song starts with some almost synthwavish bass notes, but those quickly give way to a stomping, spirited blast of guitar harmonies and headbanging riffs. The song never really goes above mid-paced, but its catchy central riff, untamable solos, and howl-along chorus are incredibly hard to dislike. The track's ability to go steady but strong reminds one of the killer B-side air-punchers of old, cuts like Judas Priest’s Fever or Dio’s Gypsy that become earworms without ever feeling like they’re trying too hard at it.

Regarding the track, frontman Trevor William Church says only, “Light The Beacon is a song for those we’ve lost but carry on their memory.”

Listen to our exclusive stream of Haunt’s Light The Beacon below:

READ THIS: The Underground Sounds Of America: Haunt

Haunt’s Mind Freeze comes out Friday, January 10, via Shadow Kingdom Records, and is available for preorder. Here's the full tracklisting, as well as the badass cover:

The Underground Sounds Of America: Haunt

The meteoric launch of this California shred crew is the stuff of heavy metal dreams.