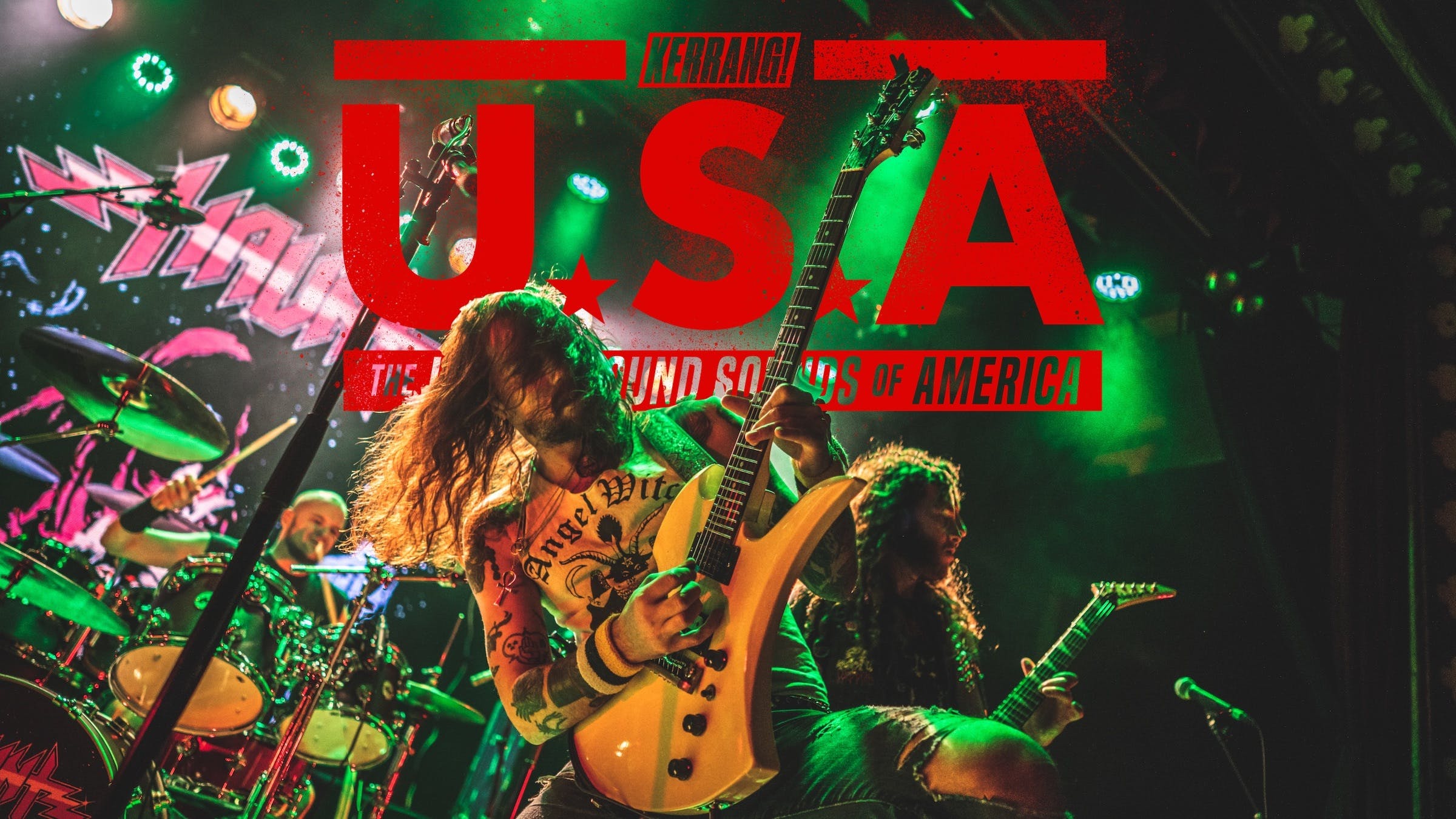 For fans of old-school heavy metal, Haunt’s emergence has been an awesome one. In the two years since they formed, the Fresno quartet have released a continuous stream of kickass traditional shred-metal, full of all the forward-marching riffs, lightning-fast guitar harmonies, and uplifting lyrics that fans of NWOBHM and early speed metal desperately desire in the world of modern extremity. Now, as Haunt patches appear on every battle jacket seen at a show, one can’t help but wonder if the sudden attention feels amazing or overwhelming for the band.

“A little bit of both,” says guitarist and vocalist Trevor William Church. “It's only stressful because of time. Time is always against you. John [Tucker, guitars] and I have been playing music together for six years, and we share the same dream. We found dudes that wanted the same thing. We take everything in stride, and we are super thankful to the fans that really brought this together. Otherwise, this would have just been some songs I wrote in a room, and I never would have started an actual band.”

Haunt’s mixture of rolling with the punches and striking while the iron is hot has paid off. After 2018’s full-length album Burst Into Flame put the band on the map, this year’s upcoming If Icarus Could Fly has become one of 2019's most anticipated albums, a forerunner in what many believe is an ongoing revival of classic metal at its most earnest. From the looks of fans cheering Haunt on during their Brooklyn show on last year’s Speed Of The Wizard Tour with Municipal Waste and Toxic Holocaust, the album is set to leave quite the crater when it drops.

“We were a little worried that we weren't fast enough or heavy enough [for that tour],” admits Trevor, “but those bands took us under their wing and made us feel right at home. Initially High on Fire was on the tour and had to cancel, so, it was frantic for a minute. It really was a great time. It made us comfortable playing our style with bands that thrash.”

Ready to chase our dreams and cut off our sleeves, we spoke to Trevor about what drives Haunt to fly so close to the sun.

1) If you had to play a newcomer one Haunt song to introduce them to the band, what would it be and why?

I tend to listen to bands from the start, so I'd suggest they check out the track Luminous Eyes. It was the first song I wrote. It was just Daniel [“Wolfy” Wilson, drums,] and I. We started a band literally because of the overall response.

3) How has being from Fresno informed Haunt’s music?

Being from Fresno is just difficult. I feel like I had to work so much harder to get the music across. No one took me seriously in the beginning. Our first shows in LA as Beastmaker were rough. It was rough everywhere. But we never gave up. I think a lot of Haunt's anthems are about never giving up the fight. The love for music conquers all.

4) If Icarus Could Fly is your second 2019 release -- you dropped the Mosaic Vision EP earlier this year. Why put the two out so close, and not save the EP songs for the album?

I had written the music [for Mosaic Vision] during what I consider the Luminous Eyes era. I never finished the songs. When we dropped the debut full-length, Burst Into Flame, I wanted a fresh start. Wrote all new material. We literally recorded If Icarus Could Fly two months later and finished it in June, 2018. I felt like there was some unfinished business, so I started working out the kinks in what is Mosaic Vision...there was just sections of time in-between and it wasn't ever conceptualized till I had downtime.

5) How does Haunt strike that sweet spot where metal sounds old-school, but not dated or “retro?”

The songs I write are just what I'm feeling at the moment. It may pull from certain influences, but for me, I can look at some artwork that I like, zone out, and a riff is born. Everything revolves around the riff. So, I'd say it’s just about doing what you are feeling that makes something unique. You can tell when a band is copying every aspect and when a band just is influenced by bands they love. they are all unique in some shape or form.

Haunt's If Icarus Could Fly drops Friday, March 17th, via Shadow Kingdom Records, and is available for preorder.

On the opening track of their much-anticipated new album, Haunt go mid-paced and delicious.