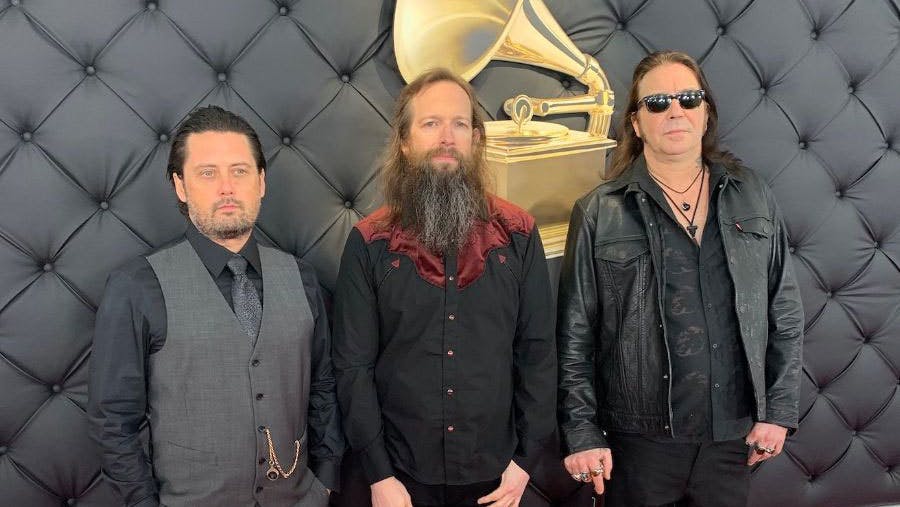 Historically, the Best Metal Performance GRAMMY is kind of a joke. When the award was first introduced as the Best Hard Rock/Metal Performance Vocal in 1988, and was given to Jethro Tull over Metallica, it was an announcement to the world that the GRAMMYs didn’t understand the world of heavy music other than that it was enough of a money-maker that it had to be acknowledged.

Since then, Best Metal Performance has continued to honor heavy musicians decades too late, acting as a lifetime achievement award of sorts -- Sabbath won in 2000 for a live version of Iron Man, Motörhead won their first in 2005 for covering Metallica, Slayer won the award in 2007 and 2008 for two songs from the same album, and as recently as 2015 Tenacious D won the award for covering Dio. Fucking clown shoes.

But last year, there seemed to be a change when High On Fire, an underground stoner thrash band and the underdog of the nominees, took Best Metal Performance for their track Electric Messiah. And with this year’s nominees including Death Angel, Candlemass, and Killswitch Engage, it looks as though the Recording Academy has finally gotten a grip on what heavy metal actually looks like.

What has made the Best Metal Performance GRAMMY award feel unfair in the past is what makes most of the music industry feel unfair: the financial incentive. The GRAMMYs as a whole feels, first and foremost, like a celebration of who has made the industry the most money, or who is precious to those with the biggest bank accounts. That’s why it felt especially disgusting when Slayer’s Jeff Hanneman was left off of the 2014 GRAMMYs’ In Memoriam reel while Cory Montieth of the show Glee made the cut -- it came off like a reminder that if you weren’t a pretty face willing to play industry game, your death meant nothing to the people at the top. It's also why Metallica has won so many times over -- because the industry is amazed at their ability to make bank (no shade on Metallica, who certainly deserve more than one Grammy and who worked their asses off long before the recording industry gave a shit).

With this in mind, the nominations for Best Metal Performance seemed to have a certain math to them: at least two big moneymakers, one up-and-comer who was undeniably within the scene, and then maybe a scrappy young name or two. The winner was either the biggest moneymaker, a band who had undeniably risen to the genre’s greatest heights that year, or a classic band who deserved a nod for having soldiered on so long. The first explains Nine Inch Nails’ two GRAMMYs (a great band, but a metal band? Come on); the second explains Ghost’s triumph in 2016; and the third is why Iron Maiden and Judas Priest didn’t win a GRAMMY until the 2010s.

High On Fire seemed to break that spell. The Oakland stoner metal trio certainly weren’t some young, scrappy upstarts when they won -- the band had been around for over 20 years by then -- but they definitely felt like the underdogs among last year’s nominees, which also included Trivium, Underoath, Between The Buried And Me, and Periphery. The general consensus the day before the awards was that either Trivium or Underoath would take the award, both of whom were more presentable mainstream acts. Everyone knew Matt Pike was a metal god, but come on, they weren’t going to give a GRAMMY to a weed-worshipping psycho like him.

When High On Fire won, it was the heavy metal scene’s turn to begrudgingly acknowledge the GRAMMYs. With previous wins that either felt blind to the definition of metal or frustratingly too little too late, metalheads could sneer and announce that they never needed some bullshit award anyway. And hey, High On Fire were doing just fine without a GRAMMY. But the awards’ appreciation of the band, especially over their vicious track honoring Lemmy’s death, showed that they had some regard for the innovators within the genre, and that they knew a great metal song when they heard it. Whether or not metal needs that honor, there is some solace in real recognizing real.

Above: A song from THIS album won a fucking GRAMMY?

This year’s nominees show a similar understanding of actual metal. That Bay Area thrash survivors Death Angel and Swedish doom legends Candlemass are topping the list is certainly noteworthy. Killswitch Engage are seeing their third nomination, but this time around it’s for one of their speedier, more brutal tracks. I Prevail, meanwhile, are more-than-capable younger representatives of modern metal’s progressive, djent-flavored face. Equally important are the names not on this list: Slipknot, Rammstein, and Korn should’ve easily been shoehorned in here, but they weren’t.

READ THIS: The five biggest takeaways from the 2019 GRAMMYs

The safe win is undoubtedly Tool’s 7empest, whose inclusion in Best Metal Performance feels suspect given that they’re also nominated for Best Rock Song for a track off of the same album. Tool’s Fear Inoculum was certainly the heaviest album the industry could not look away from in 2019, so if they won it could be blown off as another award given to the highest-grossing album first and foremost. But to make that claim is to ignore the sheer heaviness of Fear Inoculum and Tool’s blatant disregard for what anyone else thinks. When the easy pick is a prog-metal track that’s nearly sixteen minutes long, it’s hard to argue that it was included for shallow reasons.

Make no mistake, the GRAMMYs still has a long way to go -- anyone with their ear even close to the ground knows that Full Of Hell, Spirit Adrift, Inter Arma, Employed To Serve, and Gatecreeper made some of the hottest metal albums this year, and maybe one of those bands will get a Best Metal Performance GRAMMY in 10 years. But with this year’s nominations are a good start, and seem to herald a time when the GRAMMYs will acknowledge heavy metal for its musical merits and historical significance. How that’ll pan out this year, we won’t know until January.

The GRAMMYs takes place on January 26. Check out the full list of nominees here.

Six Takeaways From The 2020 GRAMMY Awards

Here Are Your Rock And Metal 2020 GRAMMY Winners

Which rock bands won on the music industry's big night? Let's find out...

The Metal GRAMMY: Who Won And Who Should Have Won For Every Year

Before tonight's awards, we look back on every metal artist to win a GRAMMY – and the bands who really should have won.

The prince and princess of darkness will present an award at this year's GRAMMYs.

Here Are Your Rock And Metal GRAMMY Nominees

Greta Van Fleet, Bring Me The Horizon, twenty one pilots, Ghost, Halestorm, and more included in the Rock and Metal categories.

twenty one pilots Accept GRAMMY Award In Their Pants