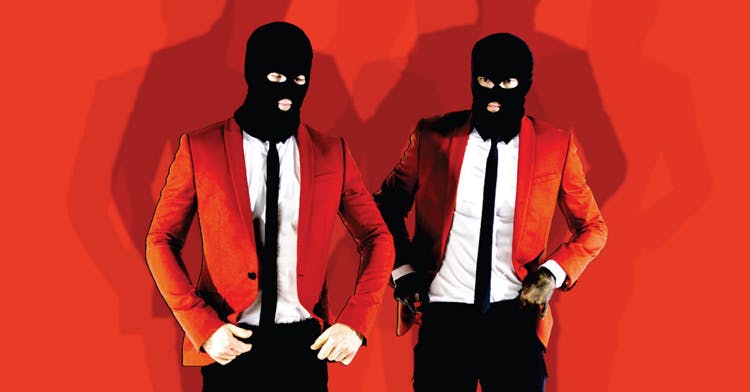 twenty one pilots won a GRAMMY Award last night… and accepted the honour in their underwear.

But best of all was the fact that the Ohio duo collected the award in their pants, with Tyler explaining that the guys had once watched the GRAMMYs together with his roommates, and jokingly decided that if they ever won one, they should receive it just like that.

“This story starts in Columbus, Ohio,” Tyler said. “It was a few years ago and it was before Josh and I were able to make money playing music.

“As we were watching, we noticed that every single one of us was in our underwear, and seriously Josh turned to me – and we were no-one at that time – he turned to me and said, “If we ever go to the GRAMMYs, if we ever win a GRAMMY, we should receive it just like this.”

Check out the full thing below:

Don’t forget to find out the 12 Reasons twenty one pilots Are Taking Over The World: