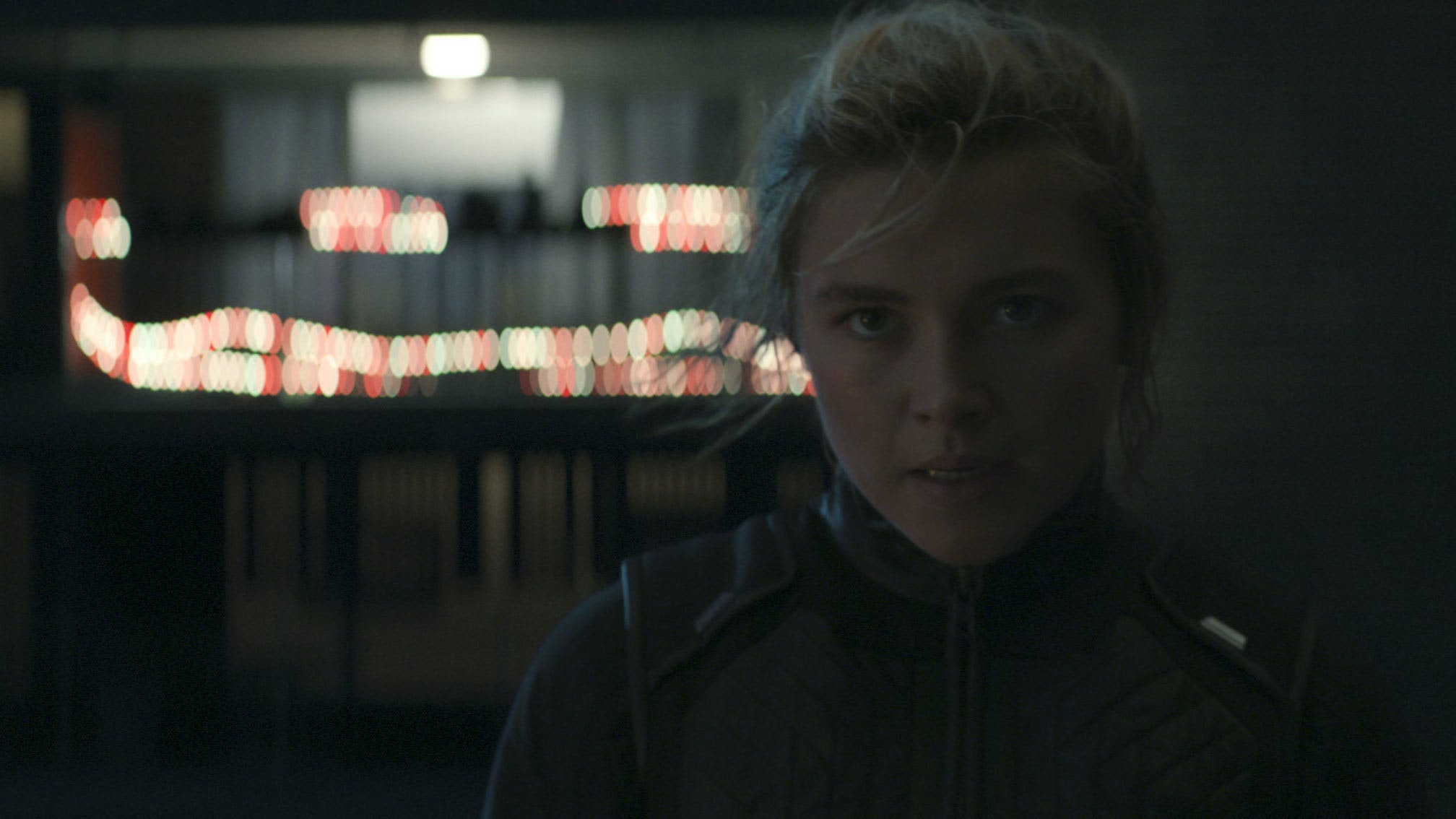 Vengeance, vengeance, vengeance. So much danged vengeance. Everyone in Hawkeye would be having a far merrier Christmas if a few people could book themselves time with a nice therapist and learn to let things go. If Clint had dealt with his grief a bit more constructively after the Snap, everyone would be three eggnogs deep by now.

Vengeance is certainly on the mind of Yelena Romanoff (Florence Pugh), along with visiting New York landmarks and making extremely cool exits. After last week’s slower, wheel-spinner of an episode, this is a massive return to form, a real Christmas cracker.

Yelena’s Blip experience turns out to have been kind of a piece of cake – while others really seemed to be in agony while disintegrating (who will ever forget “Mr. Stark, I don’t feel so good”?), she pretty much just shot forward in time. She was honestly quite lucky to be in a townhouse that was dramatically redecorated in the interim (and owned by another Black Widow who could fill her in) – if she had been in a crappy rented flat, for instance, all magnolia-tastic, she would have been left with no flippin’ idea.

(Also, when she reappears is presumably when the rest of the world comes back, which means a reasonable amount of time has passed by the time we catch up to the current timeline of the show, and yet she later tells Kate it’s her first time in New York. That fancy house totally looked like it was in New York. Guess not.)

Florence Pugh seems to be having so, so much fun as Yelena (“Are you not hungry? That fight was soooo long!”), flip-flopping between a hilariously sitcom-esque performance – all big eyes and hair-shaking, really leaning into her accent – and gravely threatening reminders that she’s here to kill. After last week’s oddly inconsequential confession, in which Clint’s revelations about his past were kind of brushed off by Kate, it is Yelena who forces her to really think about it. How much can be dismissed as “a silly, dangerous thing this person did because he was in a bad place”?

There’s a lot to love in this episode. Kate (Hailee Steinfeld) and her appalling answerphone technique montage. The Tracksuit Mafia jamming to Run-DMC. Jack chewing the scenery like a pantomime villain. And more and more serious dodginess from Elanor (Vera Farmiga), Kate’s mum, starting with passive-aggressive dream-puncturing and graduating to something far more sinister.

(NB. The Tracksuit Mafia have seen The Royal Tenenbaums, so it exists within the MCU. That movie stars, among others, Gwyneth Paltrow and Owen Wilson, aka Pepper Potts and Loki’s Mobius M. Mobius. It’s not a big deal, but it always seems worth pointing these things out.)

And we’re left with more questions than ever. What’s the link between the mysterious watch and Clint’s family – is Linda Cardellini going to turn out to be hiding a secretly badass past? Shouldn’t Clint try to either open his mouth a bit wider, take off his gloves, put his sword down or try not to put his hand in front of his face when talking to Maya? He knows how sign language works, damn it, he could make an effort. Exactly how well-known is Clint? Famous enough to get free meals in restaurants and get mobbed by fans, but able to go to a plaque commemorating (in part) himself and deliver a dramatic badass monologue without being recognised? And is staying on a LARPer’s couch with a dog who surely must be suffering from malnutrition by this point really better than getting a hotel?

Plus we learn that Yelena and Natasha dreamed of living a Sex And The City lifestyle in New York. What are the odds Hawkeye would end up coming out at the same time as the SATC reboot, And Just Like That? Also, while that show deals with the fate of one character named Big, the closing moments of this episode of Hawkeye confirms the identity of another, “the big guy”, owner of Fat Man Used Cars. Without giving too much away – not that it hasn’t been pretty much agreed upon by the internet for weeks anyway – this pretty much guarantees a few familiar faces excised from canon will return to the fold.

With just one episode remaining, there’s a lot to tie up, and a lot of characters who need to either kill each other or politely agree to stop trying to do so. Some kind of happy medium seems likely, But there’s also potentially some mantle-passing, presumably some kind of big reveal in the Eleanor and Jack storyline, possibly something to learn about Laura, and hopefully a great big nice Christmas for everyone who survives. Bring it on.