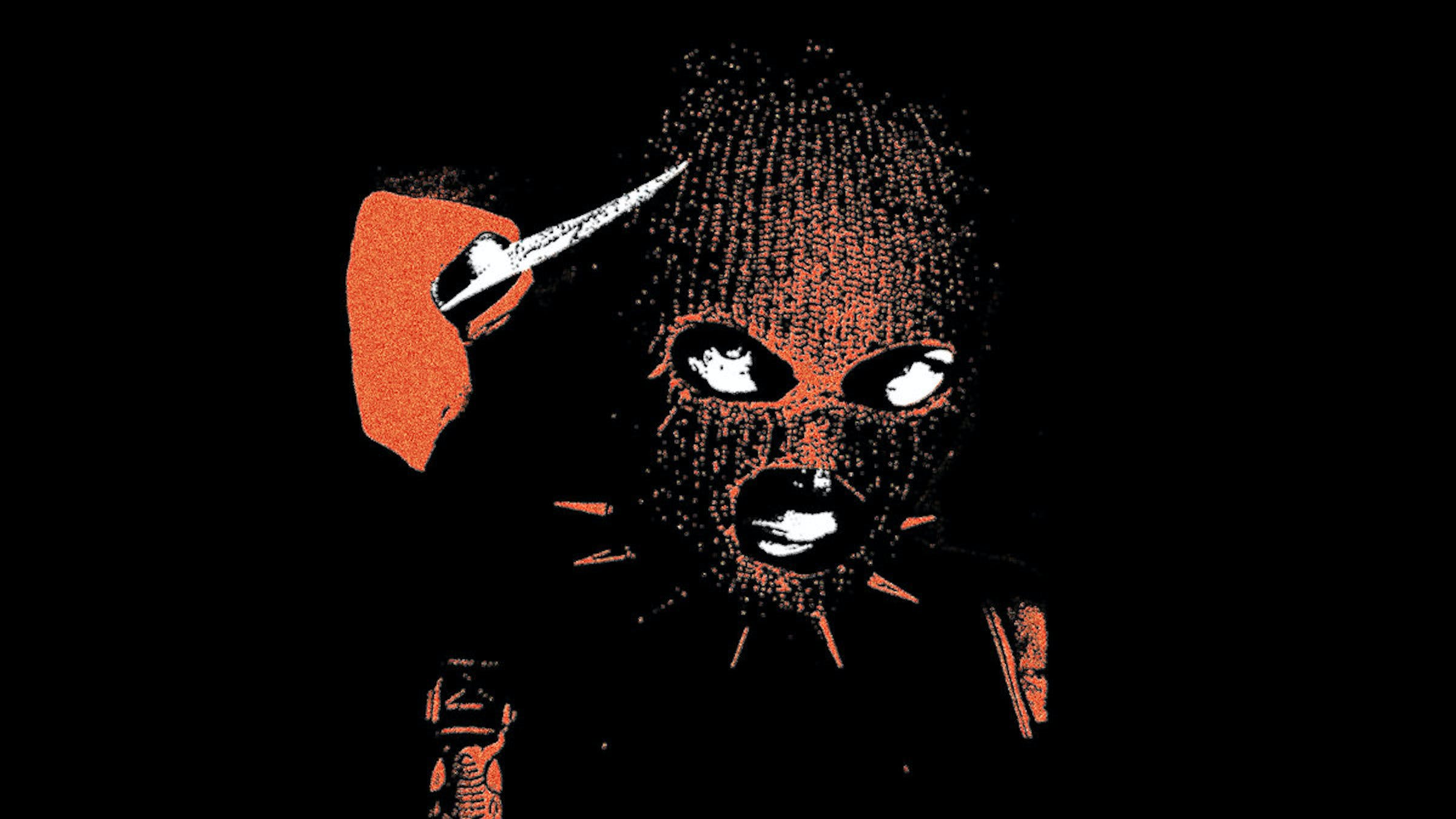 Earlier this week, Kris Esfandiari, who is best known to the rock world as the dreamlike pipes at the helm of the doom metal band King Woman, began to tease a “new persona” on social media. The cryptic posts showed a masked figure in a ski mask, holding a knife back, ready to stab. “Who is Dalmation?” the posts asked. Then an Instagram account appeared, pointing to the date 10/31 -- an appropriate date for a project paired with such a terrifying image to be birthed into the world.

If you’re familiar with Kris’s work, a new side project is unsurprising: She’s already a prolific artist not just in King Woman but in a handful of other projects as well: She also releases dreamy, heavy-hearted shoegaze under the name Miserable, and has recently been playing shows as her wild-eyed goth/industrial moniker, Nghtcrwlr. It would also be unsurprising to you that the Dalmatian single that finally dropped today, Pain Threshold, shows that this new body of work is completely unlike anything else she’s done -- in fact, it’s a rap project -- while still being undeniably Kris.

We caught up with Kris to hear about how this ghoulish project came to be, and what’s next.

Kris Esfandiari: Dalmatian is a mystery unfolding as I continue writing. It’s ancient, it’s ominous. Once I start performing live and releasing more music the vision will become clearer.

What's the story here? How'd it come together?

I went to a psychic and the first thing she mentioned is how a part of my path is having many incarnations or “projects” and then she followed that by saying, “but there is one more that you haven’t discovered.” I laughed because I already have 7 projects. I couldn’t imagine yet another one. After that I kept seeing images of Anubis and Dalmatians -- my first dog was a Dalmatian -- and it felt like they were following me.

Elkk had sent me some beats earlier in the year so I took some mushrooms and finally sat down to write to them. It became clear that for some strange reason, I needed to form another project and call it Dalmatian.The following day I met up with a friend to go shopping and she put a Dalmatian print dress up against me and said, “You should buy this,” not knowing what had happened the night before. It was a confirmation that I was on the right path.

Tell me about your collaborator, Elkk.

Jared Breneman. He is a 20-year-old producer and artist. He has lived in Syria, Bahrain, and Germany. He raps in Arabic. I met him at a King Woman show. I had a bunch of people talking to me after the show, but when I saw him I think I pointed at him and said something along the lines of, “Wait here, we need to talk.” I had a strong feeling that I was supposed to connect with him.

He’s so easy to work with. No ego. Just all around interesting and unique soul. Listen to his album Ginnun -- it’s so beautiful.

I suppose it’s rap. The lyrics for the album I’m working on are a lot more violent as well.

It feels almost Soundcloud rap-like, but with a very obvious Kris twist. Have you been listening to a lot of that type of music lately?

I listen to all types of music and I create all types of music. Elkk, JRAL, Undertaker, all of the kids in the DEATHN crew are an inspiration but I wouldn’t classify them as SoundCloud rappers. I think what they are doing is special and more people should pay attention to them.

Is there anything you can't do?

[Laughs] Pretty terrible at sewing. Once used a sewing machine and went right through my fingers repeatedly with a needle when I was a kid.

At $uicideboy$ Grey Day Tour, Heavy Music Has No Genre