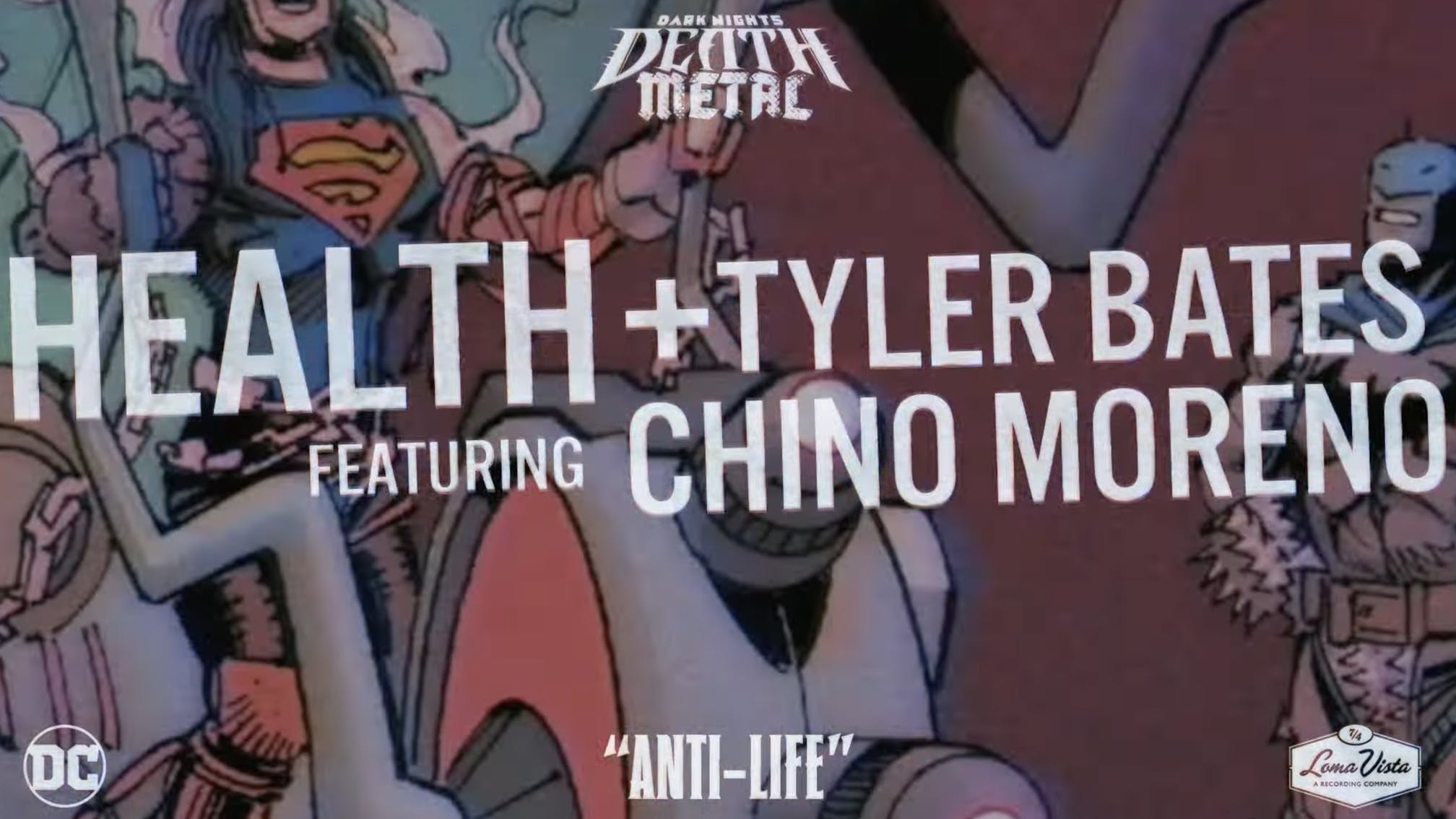 Following a collaboration with Nine Inch Nails in May, HEALTH have just unveiled another killer joining of forces: they've shared new song ANTI-LIFE with Tyler Bates and Deftones' Chino Moreno.

The star-studded Dark Nights: Death Metal soundtrack will be released digitally on June 18, and physically on July 16, via Loma Vista Recordings.