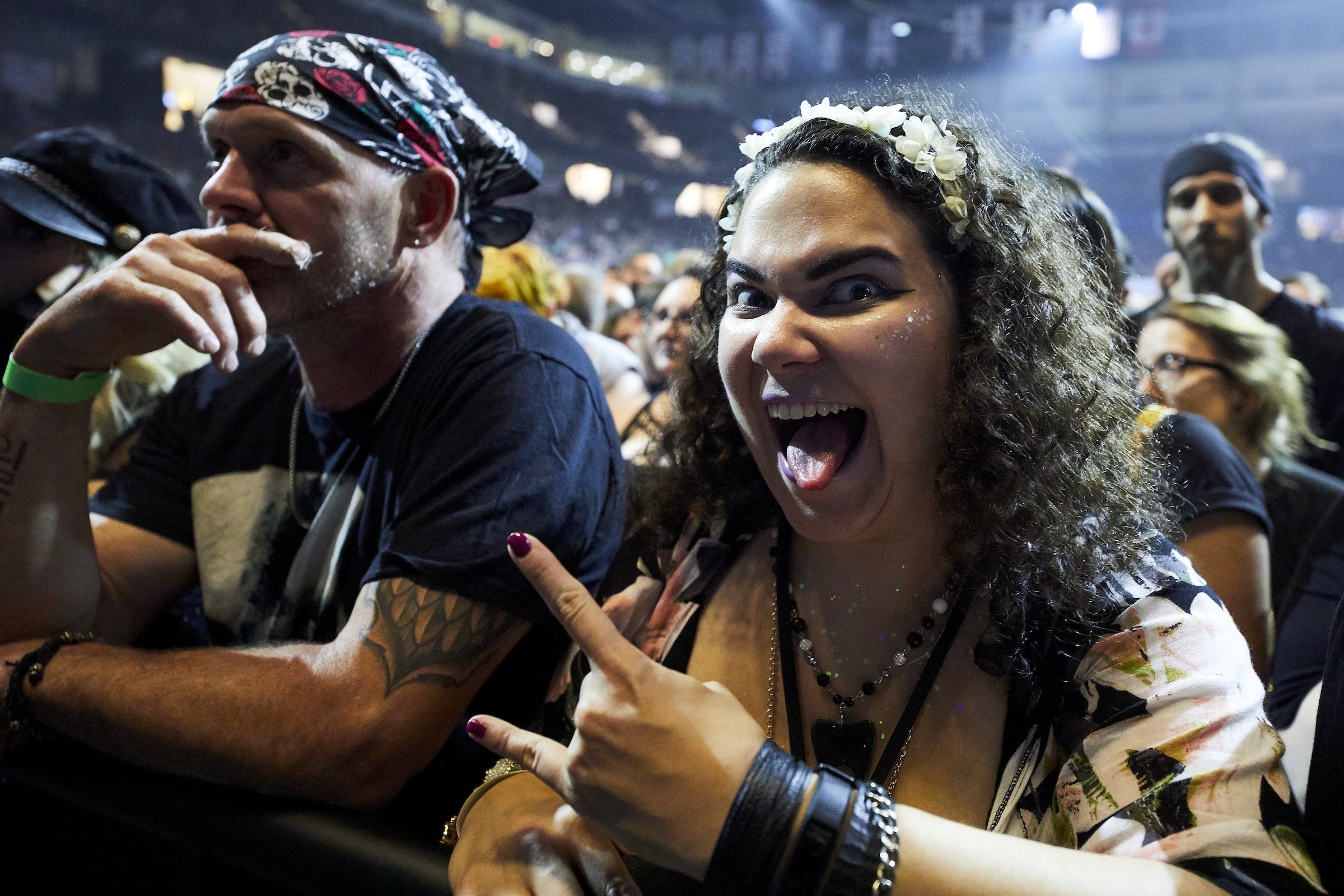 For as long as the genre's been around, parents, teachers, and moral grandstanders have tried to make heavy metal out to be literally poisonous. Besides the usual moral claims -- it inspires devil worship, it encourages unsafe sex, and so on -- there have always been implications that heavy metal is bad for the body and mind as well. You'll go deaf listening to that loud music! You'll hurt yourself banging your head that way! That music will desensitize you to real violence in the world! Now, a study has surfaced showing that heavy metal actually has numerous health benefits for its fans.

In this study, posted yesterday in Neuroscience News but originally published in The Conversation, Cardiff Metropolitan University lecturer and avowed metalhead Nick Perham gathers together research from other recent experiments. Through his work, Nick has determined that not only does heavy metal not cause injury to its fans, it actually promotes generosity and scientific thinking.

"Other investigations have made rather unusual findings on the effects of heavy metal," writes Perham. "For example, you might not want to put someone in charge of adding hot sauce to your food after listening to the music, as a study showed that participants added more to a person’s cup of water after listening to heavy metal than when listening to nothing at all.

Nick's study is not the first to be done on heavy metal of late. One professor discovered that heavy metal inspires joy rather than anger in its fans, while another simply tried to determine why people like death metal at all. A university in Australia is even offering a PhD in heavy metal geography -- which is interesting, given that all of these facts are things that metalheads have known their whole lives.

Anyway: the next time someone tells you heavy metal is bad for you, show them this study. Whether the eight beers and three shots you've consumed have any health benefits remain to be seen.