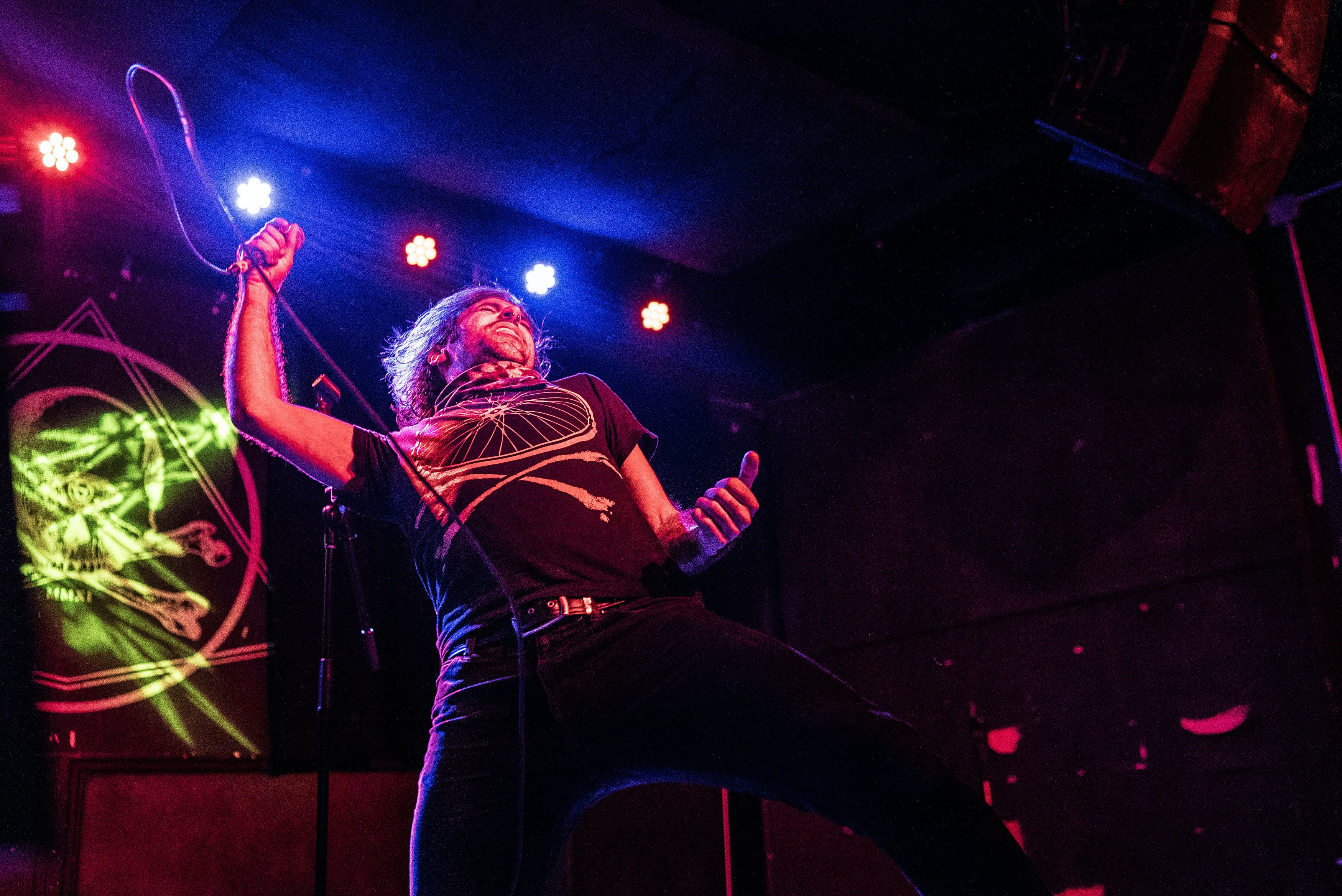 Move over, Rob Halford: Tony from Bensonhurst, NY, is coming for your job.

We learned of this last night, when dozens of heavy metal fans descended upon Brooklyn's Saint Vitus Bar to participate in one of the most glorious showings of heavy metal karaoke ever.

Sponsored by our friends over at Metal Injection, the evening began as a listening party for Revocation's upcoming album, The Outer Ones (due out September 28 on Metal Blade Records). David Davidson, co-founder, vocalist, and guitarist for the Boston, Massachusetts-based extreme metal band was on hand to meet and greet fans, pose for selfies, and inspire the metal masses.

"I’ve been listening to Revocation since 2009, when Existence is Futile came out," said fan Frank Cempa from Sayreville, Long Island. "That was one of the records that got me through high school."

And does he like that? "I am in love with that.”

He wasn't alone, either, as fellow Revocation fans seemed to have the time of their lives moshing their faces off to the 49-minute recording. And after the last notes of the killer new record rang out, these revved up headbangers took to the stage to do some performing of their own.

One by one, fans climbed onto Vitus's platform to sing to backing tracks by Metallica, AC/DC, Judas Priest, Megadeth, and many more. In fact, only Davidson deviated from the metalhead pack, choosing to perform Easy, by The Commodores – the slow and soulful single famously covered by Faith No More.

All in all, it was a fantastic night, filled with incredible music (and, if we're being honest, mostly mediocre singing). It's not easy to upstage such an amazing record from such a vital American heavy metal band – but New York City's Revocation fans came pretty damned close to doing just that.

Skeletal Remains and Psycroptic fill out this massive fall trek.

The Revocation frontman talks to us about his new grunge project, Gargoyl.