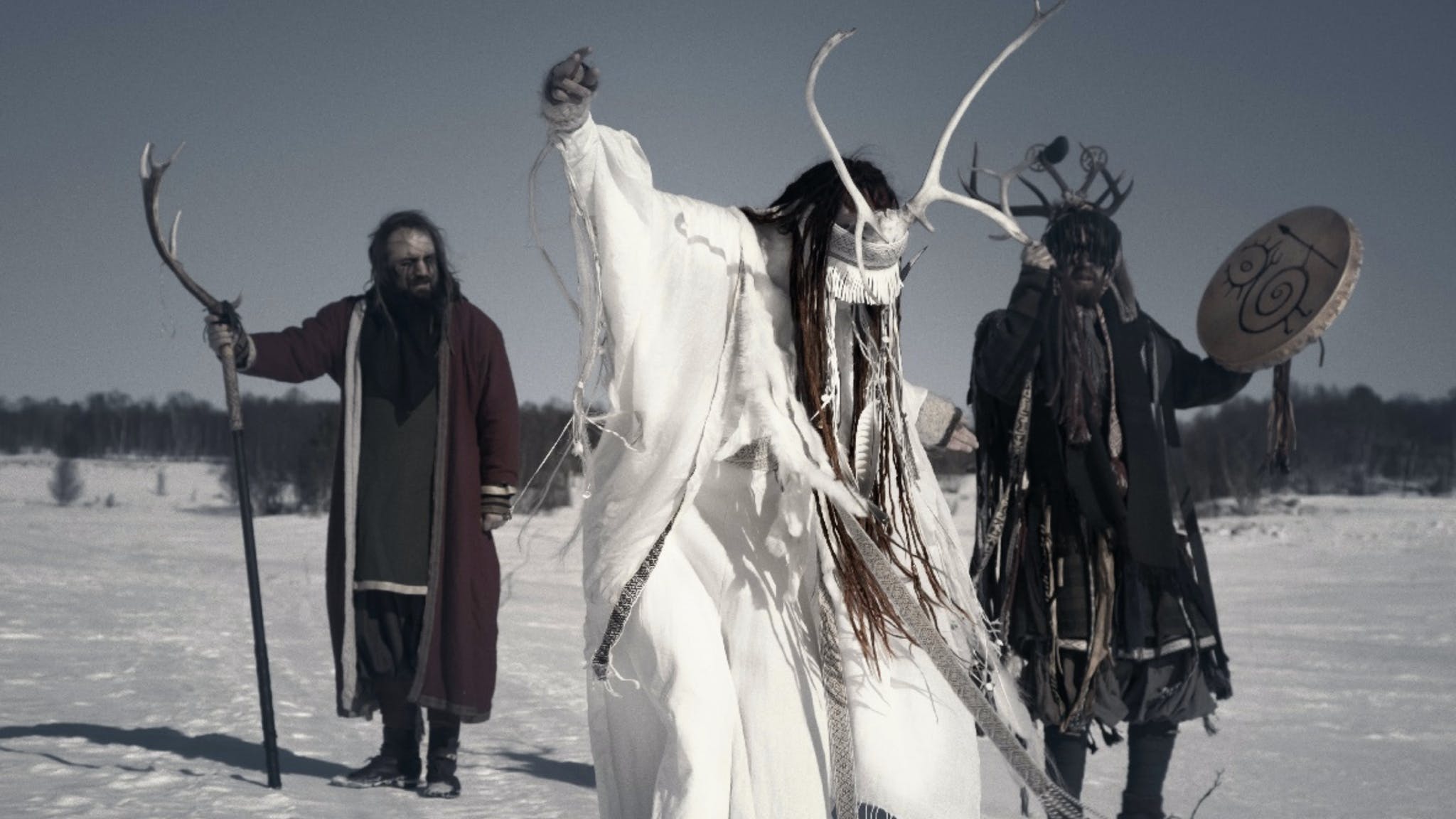 Ahead of the release of new album Drif next week, Heilung have unveiled the third single from the record: Tenet.

The folk collective share of the unusual, clever new tune: “Our third single release is a palindrome. All individual musical parts, melodies and instruments – and even at times the lyrics – play the same both forward and backwards.

“The song is based on the Sator Square, the earliest datable two-dimensional palindrome, first found in Herculaneum (Italy), a city buried under the ashes of the erupting Mount Vesuvius in 79 AD, at that time part of the flourishing Roman Empire. What is particularly interesting with this palindrome is that not only does it read forwards and backwards but also vertically in both directions.

“The unusual melody of the piece is created with a special code system employing numbers, runes and Latin letters taken from the square itself, and deciphered in a complicated system to give birth to Heilung’s first melodic palindrome.”

Drif is due out on August 19 via Season Of Mist. Check out Tenet below:

Catch Heilung live at the following dates next year:

How Paganism is influencing a new breed of heavy artist

From Heilung to Anna Von Hausswolff, we explore how Paganism and heavy music are working together…