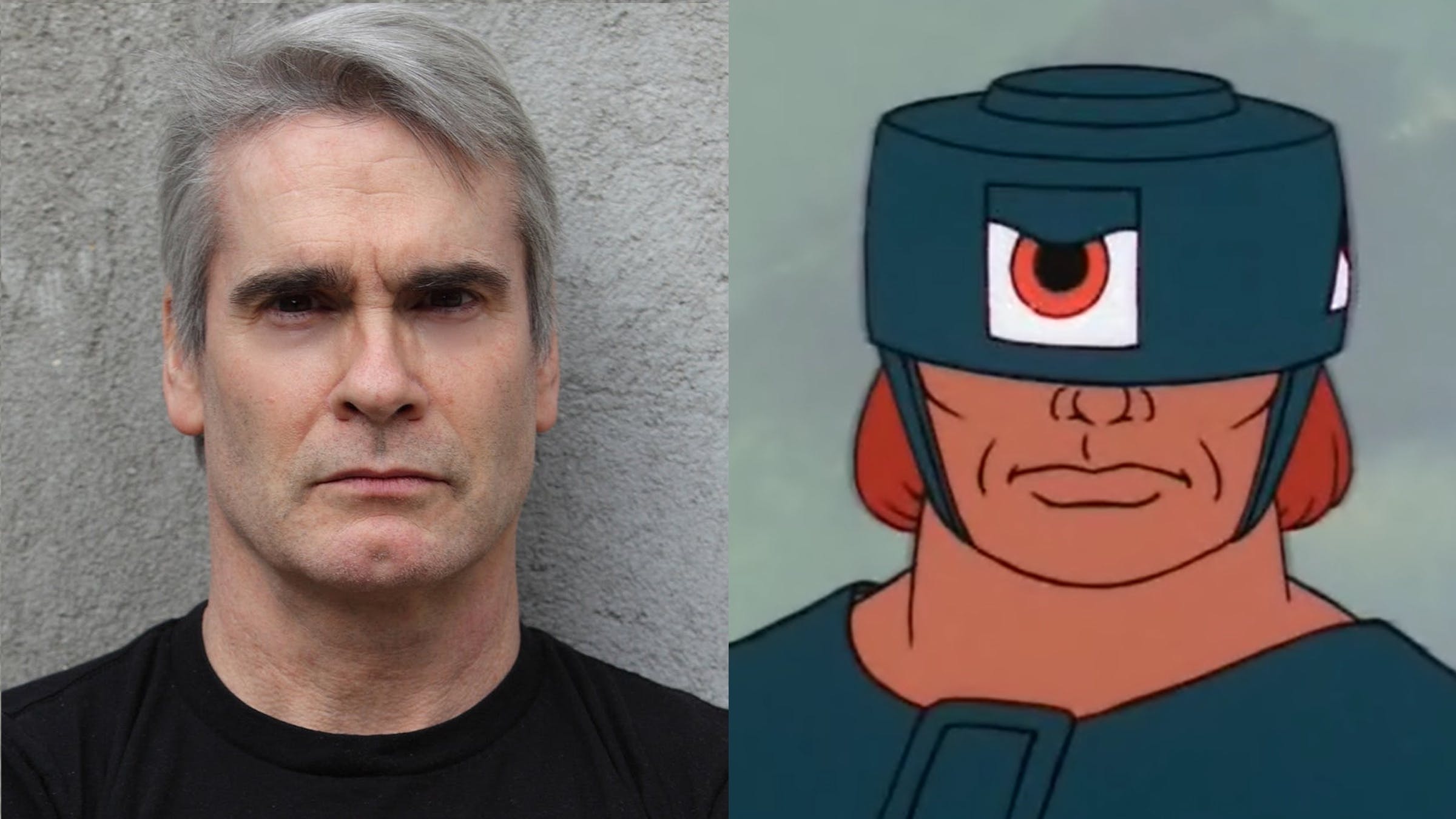 The early '80s were an era in which two things flourished: crushing hardcore and insane cartoons designed to sell toys. Both were inspired by the Regan-faced ultra-capitalism at the time, though the former sought to tear it down while the latter embraced it wholeheartedly in an avalanche of snap-on plastic accessories. Now, the two have merged together in a somewhat unlikely way: it appears that Henry Rollins, former frontman of seminal hardcore act Black Flag and punk's all-around patron saint, has signed on to voice the character Tri-Klops in Netflix's upcoming reboot of the cartoon He-Man And The Masters Of The Universe.

According to Deadline, the project -- titled Masters Of The Universe: Revelation -- will be run by Kevin Smith, and will feature a massive cast of celebrities lending their voices to the show's infamous heroes and villains. Rollins is set to voice of Tri-Klops, a bounty hunter and inventor who can see in all directions using his rotating head-visor. That said, the character's past has been rewritten in recent years, so how Kevin Smith has reinterpreted him remains to be seen.

Rollins isn't alone, though: the other big voice actor in the cast is Star Wars star Mark Hamill, who will voice everyone's favorite supervillain Skeleton. Also in the cast are Lena Headey as Evil-Lyn, Chris Wood as He-Man, Sarah Michelle Gellar as Teela, Alicia Silverstone as Queen Marlena, and of course Jason Mewes (Jay from Jay & Silent Bob) as Stinkor.

The show will be produced by Mattel Television, but has no release date as of yet.

Rollins celebrated his 59th birthday on Thursday, for which we shared some of the legendary vocalist's bits of wisdom about life, the world, and being a man like no other. For a guy who's voicing and interdimensional bounty hunter, the dude offered some pretty wise points on how to rebel with a level of class and intelligence.

“If you hate your parents, the man or the establishment, don’t show them up by getting wasted and wrapping your car around a tree," he said. "If you really want to rebel against your parents, out-learn them, outlive them, and know more than they do.”

READ THIS: Henry Rollins gets shirtless and paints with the Shirtless Painterh

Henry Rollins' famous 'talking shows' are set to hit the UK and Europe next year, as the punk legend will be crossing the pond for a 43-date tour…

Every time a band showed up in '90s movies

Bands sure loved making movie cameos in the '90s. As this exhaustive list will attest...

Henry Rollins Gets Shirtless And Paints With The Shirtless Painter

The punk icon is a man of many talents. Watch out, Picasso!