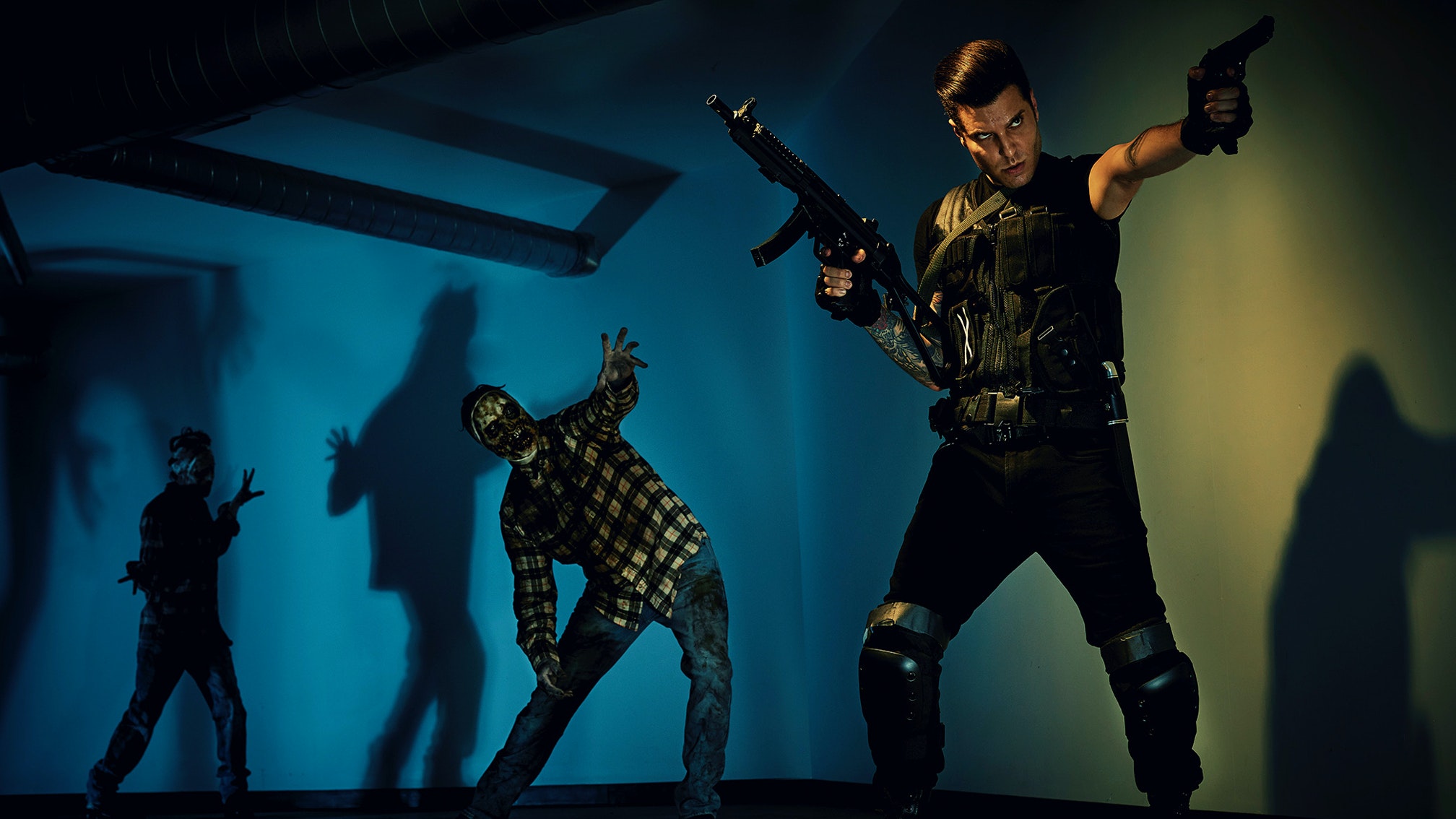 Spencer Charnas is obsessed with horror. So much so that the genre has influenced practically every facet of what his band – Boston metalcore five-piece Ice Nine Kills – do. Having written another album’s worth of spooky metal epics inspired by Hollywood’s most iconic horror flicks, here, Spencer gives Kerrang! the lowdown on the vast creative vision he has for the band, and how an imagined Rob Zombie murder trial played an integral part in crafting INK’s newest endeavour…

Ice Nine Kills was originally a pop-punk/ska band. Have you always had the vision of becoming a more horror-based outfit, and what prompted the change?
“I think horror has always been just under the surface for the band, even before we started to cover horror literature. If you go back to our high school demos from back in the early 2000s, you can hear that we were obviously more pop-punk and ska-influenced than we are now, but I’d been such a big fan of horror films for so long that those themes started to seep through more significantly. Things like song titles that referenced American Psycho and clips from the original Halloween were present in our music way back in the mid-2000s, but I think it was when we started to do concept records for the first time with Every Trick In The Book that this grander idea of really incorporating my love of theatre and movies into the overall aesthetic of the band took hold. That was when I really thought, ‘This is where I'd love to take this project.’”

Why has horror become such a creative catalyst for you?
“I think because I got into it at such a young age – I was six or seven years old when I started watching movies like Halloween. I became obsessed with it just like I was obsessed with music. I'm also a very sentimental person when it comes to nostalgia and I think that working with these movies and the subject matter takes me back to the good old days of being a kid and that carefree lifestyle when you have no responsibilities. Horror allows me to almost never grow up in the sense that it brings me back to the days of trick or treating; now we get to go trick or treating in our 30s, but on a really technical level. Horror movies have always been so fascinating to me in everything from the special effects and the gore, to the ideas behind the stories and how many twists and turns there are [before] the dramatic reveals. That’s the kind of excitement I want to put into our songs, so we can do things people won’t expect.”

Horror is obviously a big part of your life, but what other things interest you and influence what you do with your music?
“I'm a huge fan of comedies. Growing up in the ’80s and early ’90s meant I loved the slapstick stuff like the Police Academy and Naked Gun films, and I return to those regularly because they still hold up. I've always been a fan of the [screenwriter] Christopher Guest style as well, films like Waiting For Guffman, A Mighty Wind and Best In Show. A couple of those films have music at the forefront, which I really like, and that combination of music and comedy really spoke to me. I think a lightbulb went off when I saw the movie Scream, because it made me think, ‘Wow, you can really make a film funny and self-referential, but also take the horror and the scares really seriously.’ The combination of a horrible occurrence and a scare offset by comic relief is something that really influences me when writing songs and in our music videos. I just think that, if it's done right, there can be something magical about the juxtaposition of scare and laughter.”

As well as being influenced by different horror films, the videos for The Silver Scream 2 also have an overarching storyline where you are wanted in connection with a murder. Where did the inspiration for that come from?
“I was a big fan of the Michael Jackson music video/movie Thriller that he did with [director] John Landis. I remember seeing that so much when I was a little kid, the behind the scenes stuff too, and that was the first time I saw a music video that was like a proper movie. We tried it a little bit with the first Silver Scream album videos and had such a good time creating the story that it seemed like a natural progression to up the production value and go bigger this time. The idea was, ‘Let's do another story where it accepts the last album and the last series of videos as a work of fiction. And now this story is operating in reality, where there's been an actual murder.’ The concept for the story came from me thinking about what would happen if someone like Rob Zombie or Alice Cooper came under suspicion in an actual murder investigation; you could bet a lot of money that the DA and the police would probably hone in on the fact that their lyrics are so disturbing as evidence of their guilt. I thought that was an interesting angle to approach it from, and everything grew from there.”

Horror is a big part of Ice Nine Kills, but do you ever think you’ll step away from that aesthetic? Are you worried you’re going to run out of movies to write about?
“I think that Ice Nine Kills will forever be spooky. I don't know if it will be the exact same concept where we touch on different horror movies that already exist, but with this new album, we’re creating a lore around our own story and our own character of Silence – the masked killer on the album artwork who is weaved into the narrative. And I think there's quite a possibility that we're going to – instead of just making the story of the videos and the movie relate to our own characters – actually incorporate the story that we're creating more heavily into the music. For me, that’s the next logical step. But you know, ‘Ice Nine Kills: The Silver Scream 3D’ has a nice ring to it. Maybe someday…”

Ice Nine Kills’ The Silver Scream 2: Welcome To Horrorwood is out now via Fearless.

Plus: the slashercore villains reveal tracklisting and special preview event for their new album, The Silver Scream 2: Welcome To Horrorwood...

See Ice Nine Kills get in the Valentine's Day spirit (well… sort of) as they unveil a spooky cover of Elvis Presley's classic Can't Help Falling In Love.