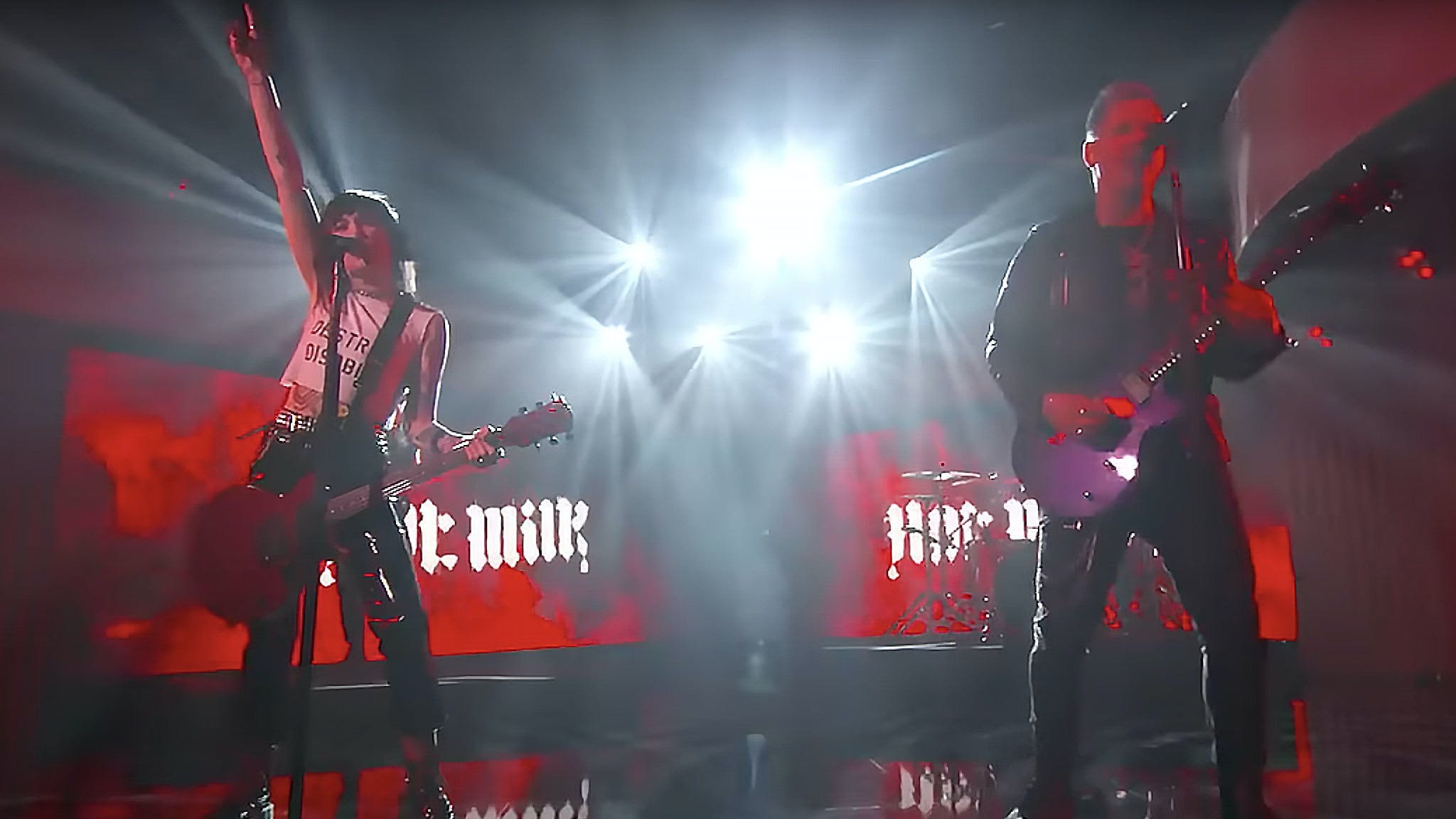 With new EP The King And Queen Of Gasoline on the horizon, Hot Milk are making sure to get themselves out there – and what bigger way to do that than on one of America's biggest late-night shows?

The UK gang made their TV debut on Jimmy Kimmel Live! this week, performing recent single Teenage Runaways to what is presumably quite a new audience to the band. And they instantly made it very clear what they're all about, with Hannah Mee shouting out Hot Milk's hometown and yelling, "Alright, this one is for Manchester!"

Speaking to Kerrang! about The King And Queen Of Gasoline and what fans can expect, Hannah pondered: “I think it sounds more mature, honestly, and I think it’s bigger. It’s more anthemic and written with arenas in mind, which is where we want to be.”

Read this: My complicated relationship with my My Chemical Romance tattoo