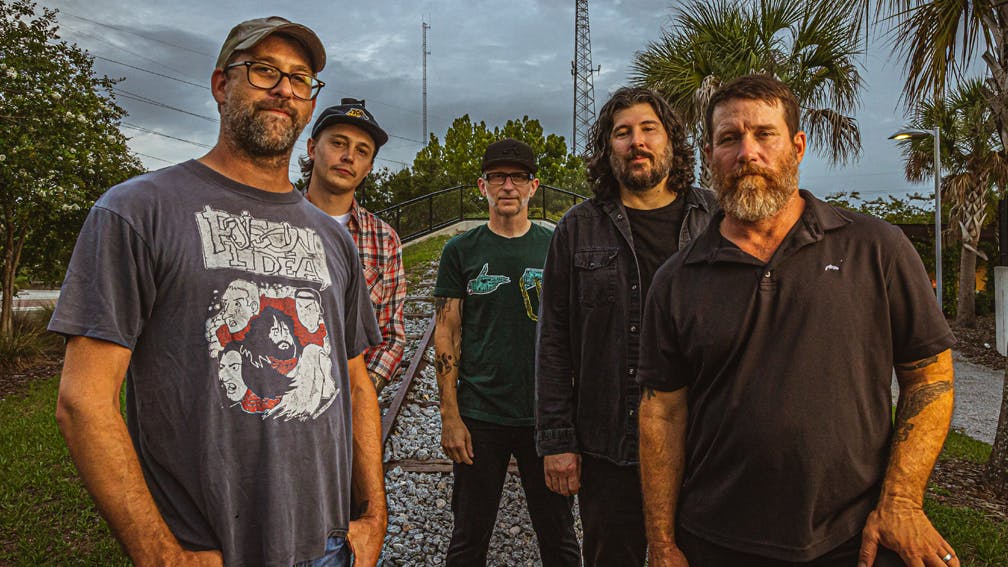 Hot Water Music have announced that they’ll be releasing their ninth album, Feel The Void, on March 18, 2022. Working with producer Brian McTernan (Turnstile, Converge, Thrice), it finds the U.S. punk legends processing the past 18 months, and finding a way through the bombardment of negativity that a person in the modern world can be faced with.

The first track to be taken from it, Killing Time, is available now. Check it out.

“This is so much more than just a band,” says frontman Chuck Ragan of Hot Water Music’s longevity. “A lot of people understood a long time ago that we, the band, used Hot Water Music as a vehicle for our own therapy, to help get over these barriers and be able to continue when we’re feeling at our lowest, or feeling like the rest of the world is against us. Years ago, that was the choice that we made as a band – that it’s not about being popular or making money or seeing your name on a marquee. This is a way for us to release all this angst and inspiration and positivity, and share music that drives us to become better people, better friends and better communities. It literally started with four of us, and over the years it became so much more than just a band – and I’m just so incredibly honoured to be a piece of this puzzle.”

Hot Water Music will play Slam Dunk next summer, and hit London with BoySetsFire later in the year. Dates are…

Chuck Ragan: My life in 10 songs

Whether you call it orgcore, heartland punk, or just think of it as a bunch of bands who’ve listened to way too many Bruce Springsteen records, step right this way…