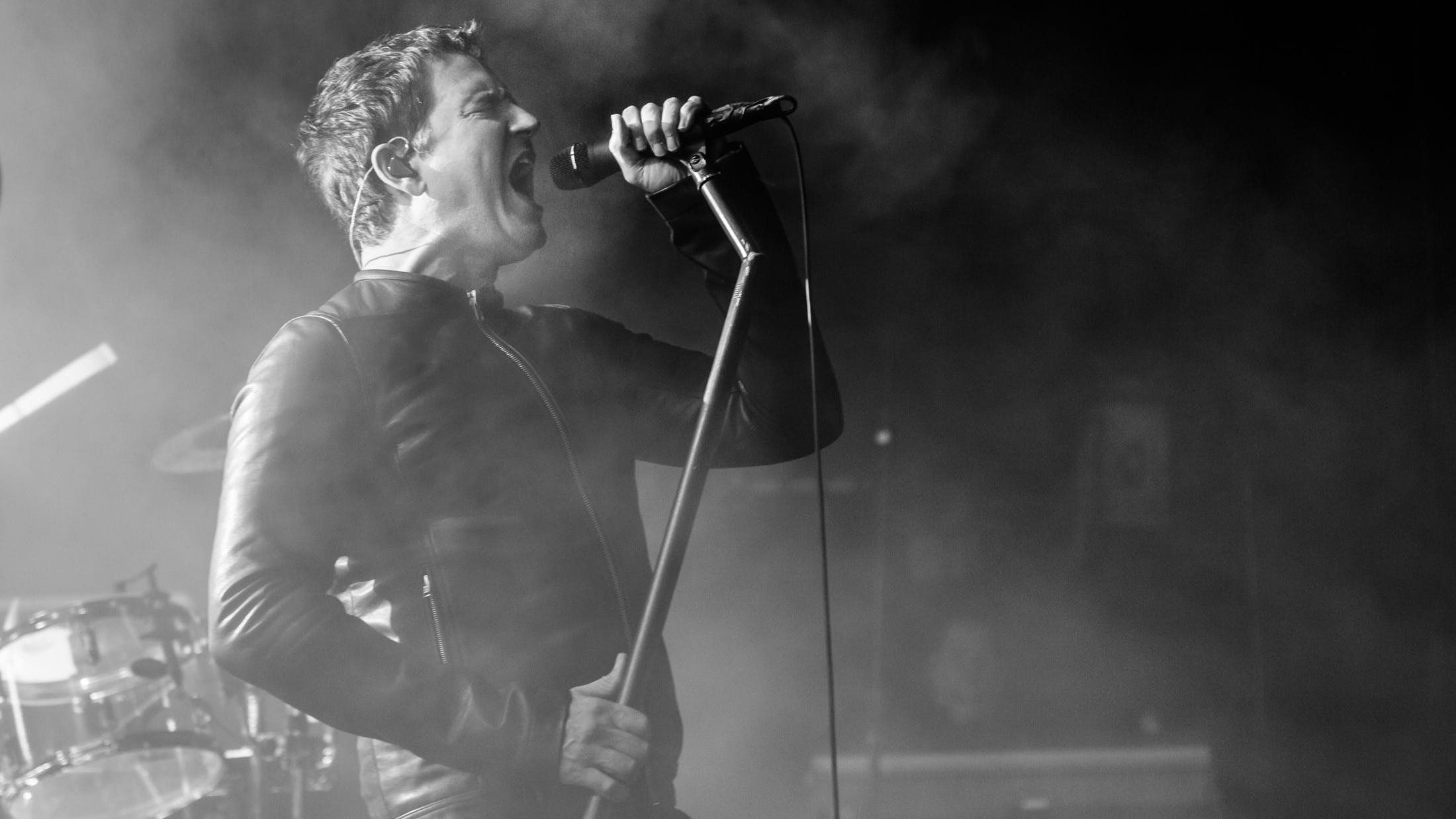 When San Francisco’s Third Eye Blind – fronted by Stephan Jenkins – released their eponymous debut album in 1997, they suddenly became one of the biggest alternative bands in America. Much of that was due to the phenomenal popularity of the record’s lead single, Semi-Charmed Life; its blend of dark lyrics with upbeat melody certainly make it stand out from the rest of the album, which is often more contemplative and sombre in tone. While it’s not particularly indicative of the rest of the band’s output – either on that record or anything they’ve written since – it remains, as much as Stephan would argue otherwise, their most widely recognised song, especially in the UK. A lyrical tour de force sung at breakneck speed, it’s essentially about a couple taking crystal meth, although the frontman insists that’s just a metaphor for living life. He’s not particularly interested in talking about the track, but after some cajoling, he does relent and reluctantly discusses the song and how he wrote it – but not without dropping shade on publications who are much more focussed on the past than on the present. To be fair, that is the nature of this series, though. Take it away, Stephan.

“It’s about living in the lower Haight [in San Francisco] and all the machinations that were going on at a time where my friend group was finally out of the [educational] institutions that we’d been in our whole lives – because we’d all been in school since kindergarten and everybody now was in their early 20s and out of college. And then probably underneath that, also the weight of coming to terms with the kind of agony that your life is always about to change and never be reliable.

“In terms of the dark lyrics and the catchy tune, I was just messing with whatever the paradigm was – I’ve always had a mischievous nature in that way. I’m not a formulaic writer – I don’t have some cookie cutter method. It’s whatever is provoking me at the moment. For example, if you listen to my new album, Screamer, it moves all over the place because I don’t feel wedded to one thing. I really don’t like formulas.

“I don’t live in a legacy. That’s people in the media. My last couple of records went into the Top Five [2009’s Ursa Major hit the Number Three spot on the Billboard 200; 2015’s Dopamine peaked at Number 13, but reached Number Three on both Billboard’s Alternative Albums chart and their Top Rock Albums chart, Number One on Billboard’s Independent Albums chart, and Number Seven on their Top Album Sales chart]. The pre-sales on Screamer came in at Number Two, just behind the soundtrack for the new Quentin Tarantino film, which is fine with me. The only people who think I’m living in some kind of legacy like that are writers who don’t know anything about my music or my band. But my fans do. This is why I don’t need writers.

“I want to talk about my new album and going on tour in Europe and how that, years later, has sort of become a thing. We had the biggest-selling tour of our career, probably, last summer. I have no interest in nostalgia. I like playing Semi-Charmed Life because I see it come alive in the faces of my audience, which is a real treat to a part of. So I don’t begrudge that song. It’s not my biggest live song or the biggest song of the night. Somebody said once that it sounds like summer and everything is going to be wonderful, and I love that just because of the verb tense – it’s all sort of out there in the future. It’s got this green light and I always thought that was the essence of this song. It’s the ecstasy and agony of longing and never, ever being able to arrive: ‘I want something else.’

READ THIS: The United States of Metal

“So the metaphor of chasing another hit is the same as being a child of divorced parents and wanting your mom to come back – wanting someone to come back requited. Being unrequited is the point. So all those things kind of live in it, and that’s probably why it hasn’t left rotation on alternative radio in the United States for 22 years – because there’s something deeper in it like that.